Rhetoric vs. Reality in Trump’s Stance on China 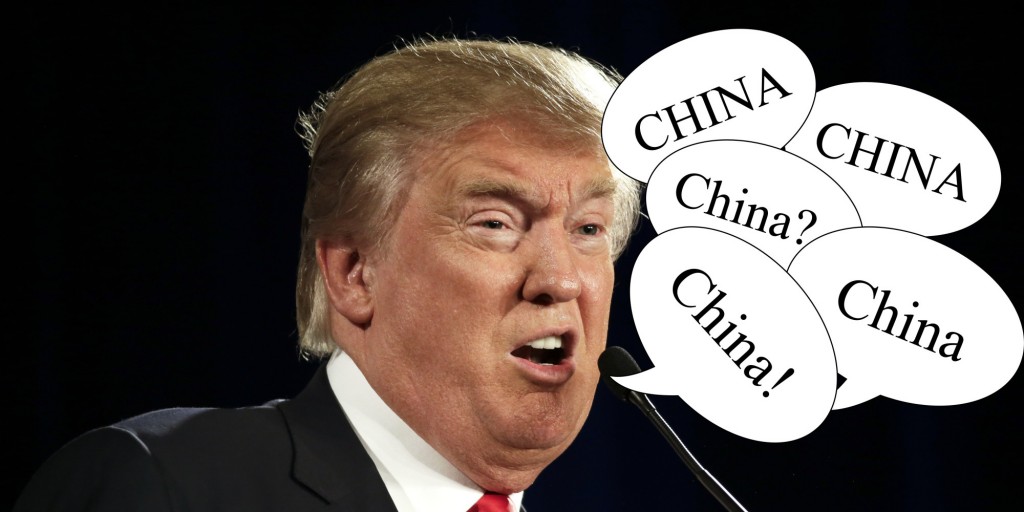 During the long election campaign, Donald Trump consistently took a hard line on China, blaming the country for stealing American jobs and threatening to launch a trade war if elected. After the election, Trump further enflamed relations with Beijing by sharing a phone call with Taiwanese president Tsai Ing-wen and threatening to upend the carefully calibrated status quo in U.S.-China-Taiwan relations. After Tsai met with Republican politicians during a layover in Texas on her way to Central America, the state-run Global Times declared that China would “take revenge” if Trump reneged on the longstanding One-China Policy. On Wednesday morning their time, China sent its only aircraft carrier into the Taiwan Strait; in a subsequent press conference, Ma Xiaoguang, spokesman for the Taiwan Affairs Office, said that China would “resolutely safeguard its national sovereignty and territorial integrity.”

Trump’s pick of China hawk Peter Navarro to head a new office overseeing trade further angered Beijing and stoked fears of impending conflicts between the two countries. But subsequent reports and statements by Trump have called into question how hard a line he will really take with China once in office. Revelations by The New York Times of financial ties between Trump’s son-in-law Jared Kushner, who has recently been named as a senior advisor to Trump, and the Anyang Insurance Group, have raised questions about conflicts of interest within the Trump team. The possibility of a trade war with China was cast into further doubt following a meeting this week between Trump and Jack Ma, founder of Alibaba, which left both sides singing the other’s praises. Ma reportedly vowed to help create one million jobs in the U.S. by helping American small businesses get onto his internet platform to sell their products. From Deutsche Welle:

About 7,000 US brands from Costco Wholesale to Levi’s currently sit on Alibaba’s Tmall platform, making $15 billion (14.2 billion euros) in sales to Chinese customers in the course of last year.

Analysts pointed out that there was nothing to lose in talking about ways to get more US small and medium-sized companies interested in the scheme and stimulate demand in China.

“Getting into a trade war and tariff-slinging with the second largest economy in the world, especially one that is growing at a pace three times that of the US economy, is not a smart move for either side,” Jay Somaney concluded.

Alibaba did not mention, though, whether Trump and Ma spoke about an ongoing investigation by the US Securities and Exchange Commission into the Chinese company’s accounting practices. [Source]

Some later questioned the sincerity of Ma’s offer, pointing out on CNBC that Alibaba’s Taobao online sales platform undercuts American businesses in a number of ways.

Economists and business leaders interviewed in another report by CNBC expressed cautious optimism that Trump’s campaign rhetoric about China would not make the transition into policy:

The president-elect is viewed by many Chinese as first and foremost a negotiator — someone who uses strong words up front but then follows with more mellow action. Chinese business leaders speaking the weekend after the election were confident that as a businessman, Trump would enact policies that are ultimately favorable for both China and the U.S. That sentiment remained the same at Thursday’s gathering of Chinese academics and finance professionals.

“The U.S.-China relationship is vital,” said Huang Haizhou, managing director and management committee member at the China International Capital Corp. (CICC). They are “the number one and number two economies of the world.”

[…] Lu Feng, director of the China Macroeconomic Research Center at Peking University, was more cautious in his outlook on U.S.-China relations under the Trump administration.

“I think it is an uncertainty since we don’t know what his policy will look like. The campaign language in terms of currency, in terms of a trade war, could be troublesome,” Feng said, adding that “a trade war is something I think we should try very hard to avoid.” [Source]

Among Chinese citizens, Trump’s popularity has “plummeted” since the election, according to an essay by Jeffrey N. Wasserstrom for Project Syndicate, which puts the Chinese response in a historical context:

The abrupt change in Chinese sentiment toward Trump is reminiscent of what happened to US President Woodrow Wilson after his reelection a century ago. At the time, many Chinese intellectuals, including the young Mao Zedong, admired Wilson, a political scientist and former president of Princeton University. Then, in 1919, Wilson backed the Treaty of Versailles, which transferred control of former German territories in Shandong Province to Japan, rather than return them to China. Wilson quickly lost his luster in China.

The shift was similar – but the reasons are very different. A century ago, China was driven to support Wilson, and then to loathe him, by its own weakness. Today, it is China’s strength that is guiding its view of the US president.

[…] The China of 2016 is unimaginably different from the China of 1916. It has leap-frogged even advanced countries in the global economic hierarchy. It is unified under a strong and focused leadership. And it is very big, including nearly all the territories that were part of the Qing Empire at its peak. A rare exception is Taiwan, but the “one China” diplomatic fiction sustains the fantasy that someday, somehow, the democratic island and authoritarian mainland will be reintegrated.

In short, China no longer needs US protection. Instead, it wants a US president who is occupied largely with domestic issues, and is not much concerned with constraining China’s rise, as Barack Obama was. That way, China could get to work reshuffling power relationships in Asia for its own benefit, without having to worry about American interference. [Source]