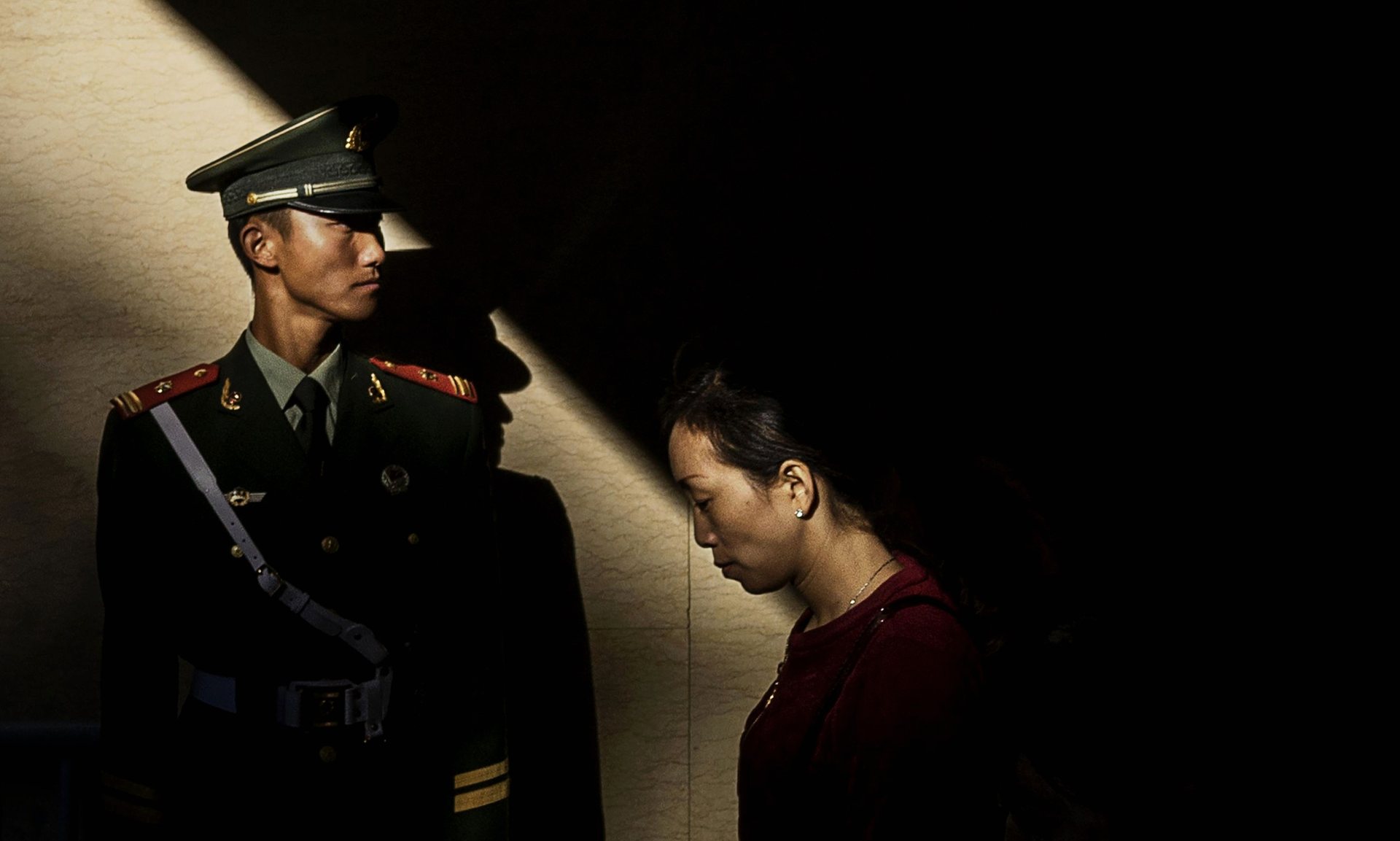 A new report released this week by Chinese Human Rights Defenders highlights the widespread use of systematic torture by Chinese security agencies as a key tactic aimed at extracting forced confessions from detained human rights activists. The report notes that this phenomenon is part of a broader move by the Chinese state to legalize repressive measures and criminalize human rights advocacy. Benjamin Haas at The Guardian reports:

“The Chinese government seems intent on eliminating civil society through a combination of new legislation restricting the funding and operations of NGOs, and the criminalisation of human rights activities as a so-called threat to national security,” Frances Eve, a researcher at CHRD, told the Guardian.

“What stands out is the almost institutionalised use of torture to force defenders to confess that their legitimate and peaceful human rights work is somehow a ‘crime’.”

Reports of torture while in detention in 2016 were rampant, with methods including beatings, attacks by fellow inmates on the orders of prison guards, stress positions, deprivation of food, water and sleep, inhumane conditions and deprivation of medical treatment.

[…] “There are no more ‘grey areas’,” an unnamed human rights activist said in the report. “To advocate for human rights in China today, you must be willing to accept the reality that the government views your work as ‘illegal’.” [Source]

In response to the torture revelations, a number of Chinese lawyers and activists from both within China and abroad have announced the establishment of the China Anti-Torture Alliance, a grassroots organization with a goal towards promoting the implementation of the United Nation’s Convention Against Torture in China.

Chinese rights lawyers are especially vulnerable to prosecution and state violence as the country’s human rights situation continues to deteriorate. Nearly 300 human rights lawyers and activists have been interrogated, detained, or charged in the so-called 709 crackdown, which refers to the start of the crackdown in July of 2015. At the Associated Press, Nomaan Merchant reports on the plight of China’s dissident lawyers:

Lawyers who defend human rights activists and dissidents targeted by China’s communist government have increasingly themselves become subject to political prosecutions, violence and other means of suppression, according to a report released Thursday.

The Network of Chinese Human Rights Defenders, a coalition of groups working within and outside China, identified six occasions last year that lawyers were beaten by plaintiffs, police officers or assailants likely hired by authorities. In more than a dozen cases, the report found, detainees were pressured to fire their own lawyers and accept government-supplied attorneys.

[…] Wang Quanzhang, who defended members of the Falun Gong meditation sect banned by China, was charged with subversion of state power in January 2016 after previously being beaten and detained. His wife, Li Wenzu, told The Associated Press on Wednesday that Wang is now under indictment and being held without access to family or lawyers.

[…] Four people associated with Wang’s law firm, Fengrui, were convicted in August of charges that they incited protests and took funding from foreign groups. [Source]

Veteran rights lawyer Wang Quanzhang, who was taken into custody during the 709 crackdown, is scheduled to stand trial in a court in Tianjin, where prosecutors have formally charged him with subversion earlier this week. Nectar Gan at South China Morning Post reports:

Wang will be tried in the Tianjin No 2 Intermediate People’s Court, where three other lawyers and an advocate rounded up in the “709 crackdown” were tried in August. They were sentenced to three to seven years in jail on subversion charges.

[…] The China Human Rights Lawyers Concern Group said last month that Wang and another 709 lawyer, Li Heping, had been subjected to various form of ­torture, including electric shocks, while in custody.

Li said she feared for her husband’s well-being, but she did not think the authorities would let her or his lawyers visit him because they would not want him to reveal the extent of his torture. [Source]

At Hong Kong Free Press, human rights advocate Michael Caster looks at how Wang’s case illustrates the “emptiness of China’s rhetoric on the rule of law.”

Since August 2015, Wang has been denied contact with his family and lawyers. We won’t know the full extent of his suffering until he is permitted to speak freely. Still, Wang’s case is emblematic of everything wrong with China’s empty rhetoric of being a country governed by the rule of law.

[…] Chinese law provides the right to meet with legal representation and family members, but allows for exceptions for national security crimes. There is a sick contradiction for the State to accuse Wang of threatening national security while it terrorizes its own citizens.

[…] Not only has Wang been denied his right to meet with his lawyers, in early August Tianjin police posted a statement claiming Wang had dismissed his own lawyer in favor of one appointed by the authorities. This claim is absurd for those of us who know Wang, who has been insistent since at least 2010 that he would never accept a State-appointed lawyer. Since 2012, Wang has arranged for lawyer Cheng Hai to represent him. Wang even left a note with friends that under no circumstances would he dismiss his lawyer.

So absurd are the charges against Wang that even the police can’t seem to conjure evidence without resorting to authoritarian measures of collective intimidation and reprisal against friends, family members, and lawyers. When another former colleague, Peter Dahlin, was held for three weeks in January, his interrogators tried to convince him to denounce Wang, repeatedly calling him a criminal. Further demonstrating their contempt for legal independence, police have even attempted to pressure Wang’s lawyers to incriminate their client, that is before they decided to just illegally dismiss them. [Source]

Despite the grim human rights condition in China, the country was re-elected last year to the United Nations’ Human Rights Council. A number of  international and regional non-governmental organizations have sent a joint letter to Permanent Missions to the UN in Geneva, calling on member governments of the UN Human Rights Council to hold China accountable for its human rights violations.