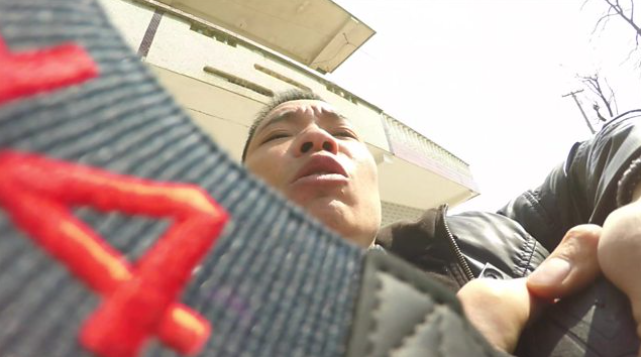 The BBC’s John Sudworth reports that his team was attacked and forced to sign a confession while attempting to meet with a Beijing-bound petitioner ahead of this weekend’s Two Sessions political meetings in the capital. The flood of petitioners seeking to present grievances to central authorities has long been a target for local governments, especially during major political events, which Sudworth describes as “like a magnet for petitioners.” The woman he had planned to interview and accompany to Beijing, who is now reportedly under unofficial house arrest, says that her father was beaten to death in a land dispute.

As soon as we arrived in Yang Linghua’s village it was clear they were expecting us.

The road to her house was blocked by a large group of people and, within a few minutes, they’d assaulted us and smashed all of our cameras.

While such violence can be part of the risk faced by foreign reporters in China, what happened next is more unusual.

After we left the village, we were chased down and had our car surrounded by a group of about 20 thugs.

They were then joined by some uniformed police officers and two officials from the local foreign affairs office, and under the threat of further violence, we were made to delete some of our footage and forced to sign the confession.

It was a very one-sided negotiation, but it at least gave us a way out – a luxury denied to the petitioners who find themselves on the receiving end of similar intimidation and abuse. [Source]

Some footage of the altercation survived:

The BBC’s Stephen McDonell posted a further sign of the sensitivity surrounding the Two Sessions:

If you talk about Xi Jinping's enemies in the Communist Party+him possibly extending his term to avoid retribution, in #China screen goes… pic.twitter.com/QdKQbbw6hL

In the wake of the confrontation in Hunan, the BBC’s Chloe Tilley discussed the challenges of reporting from China with former China correspondents Mark MacKinnon, Peter Ford, and Melissa Chan, who was expelled from the country in 2012.

In a statement, the Foreign Correspondents’ Club of China described the BBC incident as “a gross violation of Chinese government rules governing foreign correspondents, which expressly permit them to interview anybody who consents to be interviewed”:

The FCCC calls on the Chinese government and police to take steps to prevent foreign reporters who are legally allowed to work in China from being subjected to such violence and intimidation.

Journalists in China have reported increasing harassment by authorities. The 2016 FCCC survey of working conditions for correspondents, released last November, found increased use of force and manhandling by authorities against journalists performing their work. Some correspondents have also been called in to unspecified meetings with the State Security Bureau.

Harassment, detention and questioning of sources remains worryingly common. 57% of correspondents said they personally had been subjected to some form of interference, harassment or violence while attempting to report in China. [Source]

A PEN International report published in September reached similar conclusions. That month, for example, journalists from Hong Kong were assaulted and detained in the restive Guangdong village of Wukan, while cash rewards were reportedly offered for information on “foreign forces” trying to covertly report from there. News of the BBC incident follows accusations in state media this week that foreign outlets maliciously published “fake news” on the alleged torture of detained rights lawyer Xie Yang. Various official voices have recently amplified claims that “hostile foreign forces” including media, governments, and NGOs have been working with local collaborators such as rights lawyers and labor activists to destabilize China.

This kind of accusation, as well as direct pressure on those who do give interviews, has left many Chinese unwilling to speak with foreign reporters. From Yaqiu Wang at the Committee to Protect Journalists last month:

Several journalists covering China say there are still people willing to publicly express views, just not to the foreign press. “It is frustrating that smart, articulate people who, for example, post interesting views on Chinese social media, are then unwilling to speak with a foreign journalist. This happens routinely,” said Nathan VanderKlippe, the Beijing-based Asia Bureau Chief of The Globe and Mail and a board member of the FCCC. A China correspondent for a Western news organization, who asked to remain anonymous because he is not authorized to comment, added, “Some outfits hire experienced Chinese staff to improve sourcing, but even they struggle, as working for foreign media brands you.”

Chinese citizens’ reluctance to speak with foreign news organizations is seen as a direct result of the government’s retribution against its critics. The country is one of the leading jailers of journalists, with CPJ’s latest prison census showing 38 imprisoned there in relation to their work. But sources also risk being questioned and detained by authorities. The FCCC, in its 2016 annual survey, shows that 26 percent of foreign journalists reported that their sources were “harassed, detained, questioned or punished at least once for speaking to them,” and that “intimidation and harassment of sources” is a top concern for the foreign press corps in China. “Sources [in China] are taking a much greater risk and you can only give them very little in return,” said the China correspondent with whom CPJ spoke. [Source]

Peter Ford also discussed this issue in the BBC interview mentioned above.

At Reuters, meanwhile, Philip Wen describes the “bleak game of cat and mouse” in which local government seek to avoid embarrassment by stemming the tide of a reported six million petitions across China each year:

The case of Wang Fengyun – a villager from Duolun county in Inner Mongolia who traveled to Beijing nine times to seek justice over an alleged local government land grab – would have been otherwise unremarkable.

But having detained and charged Wang, as well as her husband and her father, with “picking quarrels and provoking trouble”, the Duolun government proceeded to detail the time and cost it invested in “dissuading” her persistent petitioning over five years, according to documents seen by Reuters tendered in court as proof of her “extremely harmful” behavior.

Duolun’s county government said it spent 335,000 yuan ($48,700) on costs including overtime for night-time surveillance, “extra security” and — ostensibly to feed those working shifts — a “canteen” staffed by 10 workers.

The disclosure last month, apparently made innocently by the administrators of a remote and sparsely populated county in China’s north, provides rare insight into the lengths taken to subdue petitioners and displays of public dissent. [Source]

Chinese scholar Yu Jianrong wrote in 2012 that “as local governments use even more severe methods to deal with petitioners, the complaints of petitioners become more extreme, creating a vicious cycle. Because of this, the petitioning system has gone from useless to harmful; from reducing pressure to actively increasing it.” Read more on petitioners and the government’s promises to better protect their rights via CDT.