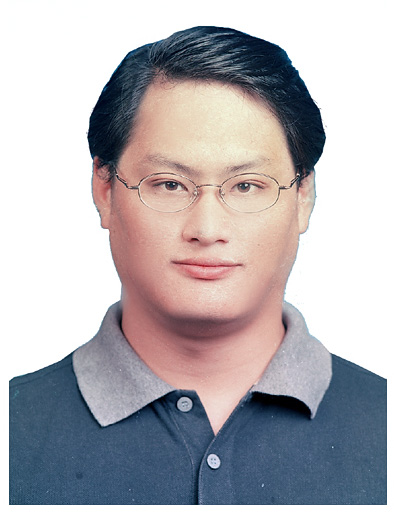 On March 19, Taiwanese activist Lee Ming-che went missing after traveling to China via Macau. Some ten days later, a Chinese official confirmed his “understanding” that Lee had been detained on suspicion of endangering national security. The accusations against him may have involve his WeC postings to mainland friends on Taiwanese democracy, or his distribution of political books. On the other hand, his wife Lee Ching-yu has reportedly received unconfirmed word of potential charges involving Xinjiang separatism, terrorism, and seeking prostitutes.

Lee’s whereabouts remain unknown. On Sunday, Chen Wei-han reports at the Taipei Times, a group of prominent Hong Kong and Taiwanese activists gathered in Taipei to highlight his case:

Their appeal came ahead of Chinese President Xi Jinping’s (習近平) scheduled meeting on Thursday with US President Donald Trump.

[…] Wong said that Lee’s detention and the Trump-Xi meeting were behind his decision to call yesterday’s news conference, because he fears that human rights issues might be pushed aside in the trade-focused talks.

[…] “The Lee Ming-che case is a touchstone of Beijing’s attitude toward [NGO] activities in China ahead of the Trump-Xi talks. It is yet to be seen whether China will continue to suppress such activities,” Lin said. “The US cannot excuse itself from China’s human rights violations if it wants to reassure its allies in the Asia-Pacific region.” [Source]

Rights groups Human Rights Watch and Freedom House, and the U.S. government’s Congressional-Executive Commission on China, have also been among those calling on Trump to press Xi on human rights, but others argue that he lacks much credibility to do so. Further doubt surrounds Trump’s commitment to Taiwan after initial moves variously seen as either bold or reckless.

Meanwhile, Lee Ching-yu has arranged to travel to China on April 10 with representatives of the Straits Exchange Foundation to seek information on her husband’s case. Lee says she reluctantly delayed the trip until after the Trump-Xi summit to avoid any “unnecessary associations and confusion.” China Change translated her announcement of the journey:

I’ve been a historian of Taiwan’s period of political violence, the “White Terror,” for many years. Now that my own my loved one is detained, terror grips my heart. I’ve tried so hard to calm myself, to carefully compose my thoughts. I know from the history of the White Terror in Taiwan that when a country’s system of rule of law hasn’t risen to international standards, all attempts to offer defenses according to the law are useless. We can only offer a defense of humanity and human rights — but the legal systems in such countries aren’t built upon universal conceptions of human rights.

It’s for this reason that I make this considered announcement: I am not going to hire a lawyer and thus engage in pointless legal wrangling. [Source]

In comments translated by Oiwan Lam at Global Voices, Taiwanese media worker Tsai Yu-Ching asked what the situation says about current cross-strait relations, which have deteriorated sharply since the election of the Democratic Progressive Party’s Tsai Ing-wen last year.

Lee Ming-cheh’s wife Lee Ching-Yu has given up assigning a lawyer and traveled to Beijing to rescue her husband. This shows that the communication between the Straits Exchange Foundation and the Mainland Affairs Council, and between the Association for Relations Across the Taiwan Straits and the Taiwan Affairs Office of the State Council of the PRC has been totally cut. There is no official channel to settle the incident, which is why Lee’s family has to give up on official channels and travel to Beijing to find another means to communicate… if the Taiwanese government does not have an effective strategy and continues to handle the case in a bureaucratic manner […] the DPP will not only miss the opportunity to save Lee Ming-cheh — people will lose confidence in the government’s ability to handle cross-strait relations. [Source]

A Taiwanese person gets detained in China less than once a year for political reasons, Straits Exchange Foundation Deputy Secretary-General Lee Li-chen said. But Lee Ming-che is the first case involving a Taiwanese human rights activist, she said. An unknown number of other Taiwanese do human rights work in China without incident, she said.

“We feel pretty nervous now,” the foundation official said, adding that her organization had sent three letters and made calls to its counterpart foundation in China for more information. “If they can tell us what laws they’re using and the location of the arrest, we or the [Taiwan] government or his family members can do follow-up.”

[…] “This case might worsen the relations between the Taipei and Beijing governments,” said Wu Chung-li, a political science research fellow at Academia Sinica, a university in Taipei. “It’s a challenge to both governments: How can they both rationally deal with this case? And I’d say that’s pretty important.” [Source]

A DPP statement last week said that “[Lee] Ming-che’s case is not a one-off. Similar events have been endless in formal cross-strait exchanges to date. For China to detain Taiwanese people based on the reason of national security will only increase doubts for Taiwanese people traveling to China and affect normal exchanges between people of both sides.” On Monday, the pro-independence Taiwan Solidarity Union called for legislation to formalize responses to arbitrary arrests and other rights violations.

Lee’s case has been widely linked to the new foreign NGO management law that took effect in January. Amnesty International’s Nicholas Bequelin said in a statement last week that “Lee Ming-cheh’s detention on vague national security grounds will alarm all those that work with NGOs in China. […] The unchecked powers the authorities now have to target NGOs and their partners are frightening.” Amnesty’s Patrick Poon commented that Lee’s case “will have a chilling effect on other foreign NGO workers working with partners in China,” while Human Rights Watch’s Maya Wang noted that this chill would also extend to organizations in Hong Kong or Taiwan that work on China-related issues.

Based on all the available information, it is most likely that the arrest of Lee Ming-cheh by CCP’s security department is related to the foreign NGO management law passed in China last year. The law restricts NGOs activities with stipulations such as “cannot violate the country’s interest”. Those who have basic knowledge of China’s government know that such a framework can be used to restrict all kinds of activities.

The [Chinese] government can assign the label “harmful to state interests” to anyone that it does not like. Lee Ming-cheh has followed China’s human rights closely and expressed his view on democracy and freedom openly on WeChat. All these activities can be viewed as “harmful to the the interest of the state” by the CCP. [Source]

Last Thursday, a large group of NGOs including China Labour Bulletin, Human Rights in China, the International Campaign for Tibet, and a number of Taiwanese organizations issued a joint statement calling for Lee’s freedom:

We believe that the arrest and detention of Li Ming-Che by the PRC government is not legitimate. Li Ming-Che, as an NGO worker, merely shared Taiwan’s experience of democratizationhis with his Chinese friends, who he met online in recent years. When his online Chinese friends were interested in knowing more about human rights issues or modern history, Li sent them books. In early 2016, Li urged his online Chinese friends to donate and to support the family of Chinese human rights activists, who have been detained by the PRC government.

We believe that no one should be arrested and detained because of sharing ideas on the internet. Li simply exercised his freedom of speech, which is protected by international human rights laws. His actions have also facilitated mutual understandings between Taiwan and China. The PRC government has no legitimate causes to arrest and detain him. We are sorry to see that the PRC government is getting more and more hostile to foreign human rights activists. For example, it arrested and deported Swedish human rights worker Peter Dahlin in 2016. The renowned Chinese scholar Feng Chongyi, a permanent resident of Australia, was denied to leave China. China also repeatedly criminalizes regular civil activities as “color revolution” on national security grounds. The litigation and detention procedures are flawed, and violate fundamental human rights standards and principles. [Source]

Read more on Feng’s case, including his return to Australia on Sunday, via CDT.