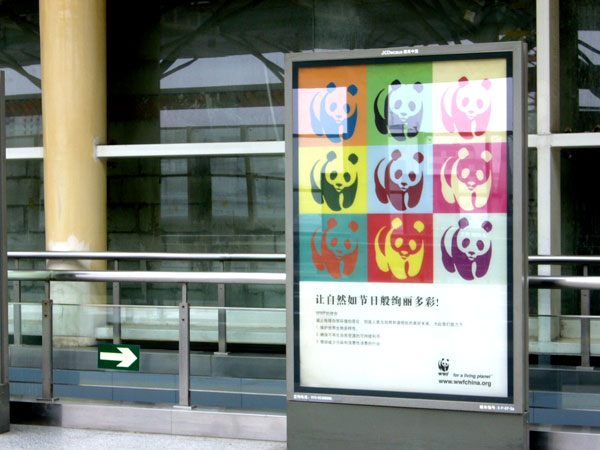 More than two months after China’s new Foreign NGO Management Law took effect, Chinese civil society expert Shawn Shieh surveys recent accounts of its implementation, including a previously featured blog post of his own, an article at The Diplomat by MERICS’ Kristin Shi-Kupfer and Bertram Lang, and a Southern Weekly article by Tsinghua’s Jia Xijin which was translated at China Development Brief. Together, Shieh writes, these pieces offer some perspective on the law that undermines “the easy conclusion […] that a crackdown on NGOs in imminent.”

I think we should resist the temptation to draw that conclusion without first seeking more information and analysis, and to keep the long view in mind, which is why these articles serve an important purpose. The Overseas NGO Law does not mean the end of an independent civil society in China. It does mean another period of adaptation in which both foreign and Chinese NGOs will have to figure out how to operate in this new environment. Moreover, we should remember that the long view cuts both ways. It is not just about NGOs adapting, it is also about Chinese authorities adapting to the new law and finding a way to make it workable. As my article, and Professor Jia’s, both point out, we need to remember that the law is part and parcel of a larger, ambitious, long-term project announced in the 4th Plenum in 2014 to build a socialist rule of law in China. This “rule of law” is not the rule of law that we know in liberal democracies; rather as various commentators note,[1] it is an instrument that Chinese leaders see as necessary if they want to reduce local government discretion, push through reforms and strengthen governance with the goal of maintaining sustainable growth and social stability. In other words, Chinese leaders will take the implementation of this law and other laws seriously because they see building a socialist rule of law as the path to a more prosperous, just and stable society. [Source]

Shieh goes on to praise NGOs’ adaptability, and cautions that reported office closures and broken partnerships are not necessarily “the end of the story.” But Shi-Kupfer and Lang’s Diplomat article describes formidable challenges for FNGOs beyond the few dozen organizations already registered:

Many other foreign NGOs, especially those working in political sensitive areas like legal advocacy or political education, are left in legal limbo – and suddenly find themselves unable to pay their Chinese employees, access their Chinese bank accounts, or secure visa extensions for their foreign staff.

[…] The haphazard and fragmented way the new law is implemented seems to suggest a deliberate attempt to make life difficult for at least some international organizations operating in China. In fact, many foreign NGOs that operated in a legal grey area before the new law took effect are now being pushed into outright illegality.

Whether the bureaucratic inertia is by chance or by design, one rationale for the Chinese approach is undeniable: The “Overseas NGO Management Law” was initiated at the highest political level to counter what the Communist Party of China (CPC) calls Western infiltration. The party deeply distrusts foreign organizations and fears that their influence could undermine the legitimacy of its own leadership and the stability of the one-party system. The alleged role of “Western” NGOs in the so-called “color revolutions” alarmed many in the Chinese leadership. [Source]

This distrust, reflecting a broader attitude towards national security and foreign influence under Xi, has left some in the NGO sector feeling that they are regarded as “enemies of the state.” Foreign funding has been revealed as a key factor in sensitive cases like those of Swedish NGO worker Peter Dahlin and prominent Chinese rights lawyers, labor activists, and citizen journalists. While Beijing is keen to continue to harness NGOs when their activities are seen as supportive, the Foreign NGO Management Law and its companion regulations offer potent tools to help counter those perceived as threats—a judgment which can fall quickly and without warning even on ostensibly apolitical groups.

Jia Xijin’s article similarly highlights the national security concerns underpinning the new law. He recaps the introduction and proliferation of foreign NGOs in the 1970s, 80s, and 90s, and the laissez-faire “‘Three Nos Policy’ […] (no recognition, no banning, no contact), which in practice handed over policy-making authority and judgement to regional departments.” He then outlines authorities’ growing wariness and tentative steps toward regulation since the mid-2000s, followed by a more thorough account and analysis of the formulation and implementation of the new law.

There is a relationship between the way that official Chinese attitudes towards overseas NGOs are once again becoming more sensitive and the 2005 Colour Revolutions. There were changes of regime in the Commonwealth of Independent States and in North African and Middle Eastern countries, and some attributed this to the evolution of Western strategy, and called for vigilance regarding the role overseas NGOs had played. In 2009, the State Administration of Exchange Control sent out an “announcement regarding domestic institutions’ management of foreign exchange donations”, which reinforced the management of inbound and outbound funds. There was also a gradual reduction of the overseas NGO programs on democracy, reform, legislation and public policy that had been numerous in the nineties.

[…] The background to the formulation of the “Overseas NGO Law” on the one hand shows us that China’s level of consideration towards national security cannot be compromised. Feedback from the public was sought for the second review of the law’s second draft and for the second review of the draft of the “National Security Act” at around the same time. As the “Overseas NGO Law” was announced during the National People’s Congress’s press conference, the National Standing Committee’s Deputy Director of Law, Zhang Yongdan, stated that “certainly there is a very small number of overseas NGOs who have attempted or have even already done things that threaten the stability of Chinese society or security”.

The head of the Ministry of Public Security’s administrative office for NGOs, Hao Yunhong, pointed out that having a welcoming attitude towards overseas NGOs has a positive effect, but we have to strengthen the management of “a very small number of overseas NGOs” engaging in “illegal activities that damage China’s national security and interests”. In the realm of national security it is not only China that has increased its management of overseas NGOs, for Vietnam, India, Russia, Egypt and other countries have successively strengthened their management and laws surrounding overseas funds and organizations. [Source]

As part of a collection of articles on the new law at University of Nottingham’s China Policy Institute Analysis blog late last month, the University of the South’s Scott Wilson argues that it is “the latest in a series of actions to drive a wedge between foreign actors and Chinese civil society.” His post, which focuses on AIDS support and environmental groups, also describes how organizations in apolitical fields can come into conflict with the authorities when their recommendations challenge government policy.

Citizen activism in many domains is on the rise, but the state is attempting to limit activism through legal regulations in the name of regime stabilization. China’s Overseas NGO Law exemplifies such an approach, just as the SAFE Circular did in 2009. China’s approach to managing civil society is three-pronged: (1) cut ties between international and domestic NGOs in areas that the regime deems potentially destabilizing while permitting cooperation in areas that supplement the state; (2) increase NGOs’ dependence on China’s state through the registration process and for funding from the state, often through state contracting of NGOs’ services; and (3) selectively use the new formalized legal framework for civil society to selectively target NGOs and civil society activists who challenge the regime’s ideological hegemony. [Source]

Also at CPI Analysis, the University of Alberta’s Jennifer Y. J. Hsu and Reza Hasmath suggest that China’s policies towards NGOs at home deprive it of potential benefits abroad:

[…] Can Chinese NGOs contribute to international development and global civil society given the tight political environment that governs NGOs in China? […] The use of NGOs as a form of a nation’s soft power, conducting development projects and giving aid, to sway and influence others is one that is not new and is widely used by traditional donors like the US and UK. Using NGOs thus presents a possible strategy for the Chinese to increase its global influence. However, given the domestic environment we question whether the political constraints will permit Chinese NGOs, and thus China to step into the foreground as a leader in global development and advocate for the liberal values that are associated with global civil society. [Source]

Relatedly, a China Development Brief summary of a recent panel on Chinese NGOs abroad highlighted their potential to smoothe the overseas operations of Chinese businesses, providing “much needed services to improve mutual trust and cooperation between Chinese enterprises and the local communities in a joint effort to promote ethical and sustainable Chinese overseas investment.”

At the same time, Hsu and Hasmath sum up the view of NGOs that is surely responsible for much of Beijing’s wariness:

[…] Western NGOs have traditionally been viewed as “agents of export” in terms of best practices and norms. They are seen as builders of capacity in host nations, alternative social service providers, and advocates of liberal democracy. In seeking to fulfil these functions, Western NGOs have worked to train and socialise local NGOs in developing nations. They have taught a “Western model” of state-society relations, whereby NGOs act as a watchdog and sometimes antagonist to the government. This presents NGOs as countervailing forces vis-à-vis the state, and sees their proliferation as a basis for future democratisation. NGOs possess a range of resources and power—ranging from material to moral—and have been put forward as agents of socio-political change by the NGOs themselves, by multilateral institutions such as the World Bank and IMF, and by national governments through their development agencies. [Source]

CPI Analysis’ Martin Thorley gave an overview of the rest of the series in an introductory blog post:

Shui-yan Tang offers historical perspective, discussing significant differences between organisations in the West, where the institution itself was typically the dominant feature, and in China, where traditionally the fate of civic associations was much more closely tied to the individuals involved. Carolyn L. Hsu examines in detail the relationship between the Chinese authorities and NGOs, warning against the contention that it is simply a zero-sum game. […] Finally, Yongshun Cai offers a broad overview of the new law and its context in order to better identify the reasoning behind the law’s creation. [Source]