Peter Dahlin’s Detention and the Future of NGOs in China 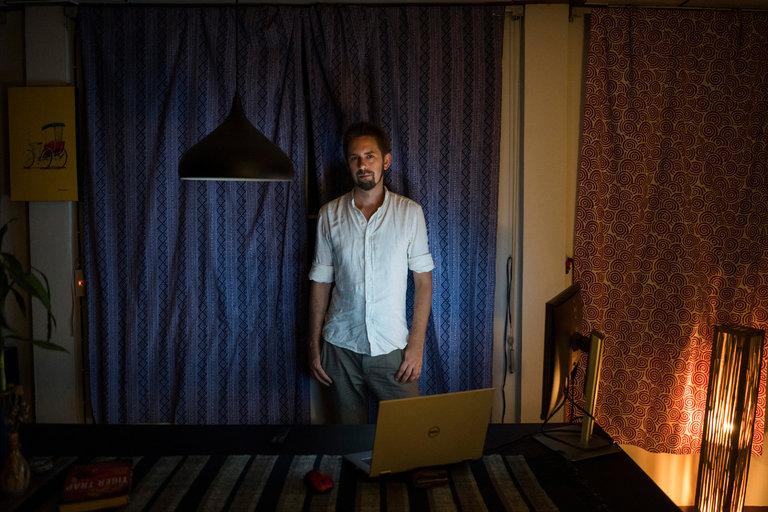 On Sunday, The New York Times published an interview with Peter Dahlin, the Swedish legal NGO head who was detained in January and deported after a confession on state television. Dahlin revealed details of his and his Chinese girlfriend’s detention and interrogation, and of his scripted televised confession. (His description of the latter echoes that of formerly detained Hong Kong bookseller Lam Wing-kee.)

Dahlin’s account of his interrogation also sheds some light on the authorities’ fears about foreign NGOs. These groups are the targets of a new management law heavily focused on perceived threats to national security, which has been accompanied by an unprecedented wave of broader regulations on civil society organizations as well as efforts to curtail their activities at the United Nations. From The Times’ Edward Wong:

His ordeal, which he described for the first time in an interview with The New York Times, offers an unusually clear view into the suspicion directed toward foreign nongovernmental organizations by the Chinese security apparatus and the lengths to which it goes to police such groups.

President Xi Jinping has warned that Western nongovernmental organizations dedicated to building civil society — through training for lawyers and journalists and programs to address income inequality, for example — are working to undermine Communist Party rule. He has overseen a broad effort to both restrict Western influence and clamp down on grass-roots Chinese activism.

[…] They appeared intent on gathering information about groups financed by the National Endowment for Democracy, for example, even though the European Union had given more money to Mr. Dahlin’s group, he said.

[… T]he officers appeared to have a “limited understanding of how NGOs operate, how international funding operates, how you transfer funds, what’s the project plan,” Mr. Dahlin said. “They’re basically trying to understand this field so they can counter it.”

[…] “I think the era for effecting change in China seems to be over for now for NGOs,” he said. “It seems for now that the scope of civil society to try to influence is getting smaller and smaller.” [Source]

On Twitter, NPR’s former Shanghai correspondent Frank Langfitt agreed that he had “never seen it like this in two decades” :

Likelihood of progressive reform of China's authoritarian system are lower than at any time I've covered or followed country in two decades.

In an open letter translated by CDT in May, an anonymous Chinese NGO worker complained that the sector was being treated like an “enemy of the state.” Even amid the recent flurry of civil society regulation, though, some observers argue that the picture is more mixed, and that the new landscape may prove navigable for many organizations.

In a special report on Chinese society—particularly the rising middle class and authorities’ efforts to adapt to it—The Economist’s Rosie Blau writes that room for civic engagement is in some respects expanding, albeit within the unpredictable bounds of official sensitivities. As one LGBT activist told her, “our government is full of G-spots. You don’t know how and where you touch them.”

A large and growing body of NGOs are essentially service providers for the state. The nine-storey building from which Datong, or “Great Harmony”, a government-sponsored NGO, operates in the southern city of Guangzhou is home to a bevy of similar organisations; their names form the leaves of a tree in the lobby, representing the Guangzhou government that nurtures them. The local government commissions Datong to provide social services for the elderly, children, migrant families and HIV sufferers. Its founder, Liu Jinglin, is a party member, as are some of her social workers.

Some hoped that by working with the government, NGOs like Datong might influence it from within, but most of them turn out to have little autonomy over their own services. Many are, in effect, arms of the state. “The party wants to take all the credit for sorting out society’s problems,” says Jing Jun of Tsinghua University in Beijing.

[…] The state’s fear that activism will turn into political action explains the ambiguous and at times antagonistic relationship between NGOs and the state. Yang Xiong of the Shanghai Academy of Social Sciences says social organisations are “friends of the government”, and only those working on “religion, politics or the military” are sensitive. In fact the distinction is not as clear-cut as that.

Since Xi Jinping took office in 2012, the crackdown on civil society has intensified. Tolerance of the more sensitive groups has declined and previously accepted groups have been subjected to greater scrutiny. Leaders of labour-rights groups have been arrested. Courses on civil society at some universities have been closed and professors told to behave. In March 2015 five feminists were imprisoned for over a month, purportedly for planning a campaign against sexual harassment. Their crime was not that they stood up for women’s rights, but that they wanted to stage simultaneous campaigns in several cities. The idea of like-minded souls bound by a common cause linking up around the country is anathema to the party. Most of its responses can be explained by this overriding concern. [Source]

At Foreign Affairs, Josh Freedman writes that “by growing the domestic charity sector, Chinese leaders are betting that they can replace many [public] services while controlling the risks that an independent civil society might pose to the party’s authority.”

China’s leaders want foreign groups to operate on China’s terms rather than according to the longstanding international norms set by the West. As China’s legal system grows, Beijing believes that it should set such rules at home and have a greater role in setting some of them abroad. In this respect, the overseas NGO law is related to Beijing’s broader efforts to expand its role in international institutions such as the United Nations and to take the lead of new ones, such as the Asian Infrastructure Investment Bank.

The practical consequences of the overseas NGO law, meanwhile, are clear. Many Chinese government agencies will probably continue to welcome overseas assistance, as they have for years. But Beijing will restrict the help they receive to narrowly defined charity efforts, leaving less room for an independent civil society.

[…] China’s charitable sector has a long way to go before it can replace the contribution foreign groups have made to the country’s development. Funding is one major problem: according to a report released by the UN Development Program in May, the total amount of charitable giving in China in 2014 was less than five percent of the United States’—and most of it came from businesses, not individuals. What is more, the legal structure surrounding China’s domestic NGOs remains underdeveloped, and the rules that govern private charitable donations and tax exemptions are still incomplete. […]

Until China’s domestic charity sector can close these gaps, some of the country’s government agencies will likely look to foreign assistance, especially in support of poverty alleviation and environmental protection, both of which have risen to the top of Beijing’s agenda. As a result, some foreign NGOs will likely be welcome for the foreseeable future—as long as they stick to working strictly within the sectors laid out in the Charity Law. The Chinese state can thus claim a symbolic victory and control Western-style civil society without losing the benefits of foreign contributions. [Source]