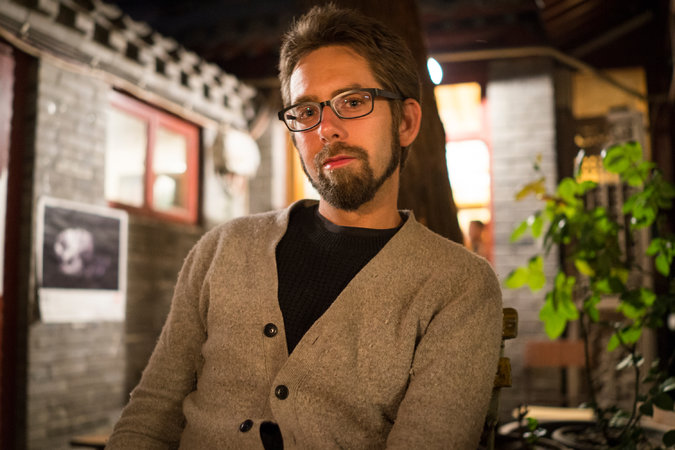 At Hong Kong Free Press, Tom Grundy reports that China has released Swedish legal aid activist Peter Dahlin, who was taken into custody earlier this month on suspicion of endangering state security, and expelled him from the country.

Swedish NGO worker Peter Dahlin has been released by Chinese authorities after he was detained and paraded on state TV for running an “illegal organisation” and “encouraging the masses to oppose the government.” Dahlin, co-founder of China Urgent Action Working Group, was released and deported on Monday, according to his colleague Michael Caster, who had been campaigning for his release.

Dahlin’s detention appears to be part of a wider government attack on human rights lawyers and activists that escalated in July of last year with the “Black Friday” detention of Chinese attorneys and their associates, many of whom are now facing subversion charges that could result in lengthy prison sentences. Among them is young legal assistant Zhao Wei, who was profiled on Sunday in The Guardian. The New York Times’ Chris Buckley reports:

Mr. Dahlin, 35, appeared to be the sole foreigner detained by the police since July as part of the Chinese government’s campaign aimed at human rights lawyers and advocates, who were accused of using legal cases as vehicles for undermining social order and the Communist Party’s authority.

At least 11 of the legal workers and rights advocates were arrested this month on accusations of subversion or inciting subversion — serious charges usually used to impose long sentences on dissidents.

Mr. Dahlin has escaped that fate. But the Chinese government has already used his case to present the arrested lawyers as tools of foreign forces seeking to subvert the Communist Party. Mr. Dahlin worked in Beijing as a founder of the Chinese Urgent Action Working Group, which supported lawyers and activists challenging violations of citizens’ legal rights.

Observers note that Dahlin’s case also represents an escalation of the ongoing crackdown on foreign non-governmental organizations ahead of new legislation that would require foreign NGOs to register with the Ministry of Public Security and find official sponsors in order to operate. Verna Yu at South China Morning Post looks at the effect that recent events have had on NGO workers in China:

The bleak situation has made workers at independent NGOs unaffiliated to the government feeling despondent about their future.

A worker at a domestic NGO who declined to be named for fear of reprisals, said government control and harassment had always been around but the room for carrying out its birthright advocacy work has narrowed drastically in the past few years. And the situation hit rock bottom when they started detaining and arresting people in 2014.

[…] Another former worker for a foreign NGO said the “grey area” which existed before the Xi Jinping administration has been cracked down on and now “the space has markedly tightened and doing meaningful NGO work in China is getting more and more difficult .”

“Several years ago, they were mainly just harassing NGOs, but now, they want to completely pull them out from the roots,” said a veteran NGO worker, whose group has been closed down. [Source]

With Swedish human rights NGO worker case, China has sent the clearest signal yet that it intends to cut domestic NGOs from foreign funding.

I can see why the PRC released him now. The authorities made their point, spreading intimidation and fear throughout both the domestic and foreign legal and NGO worlds. Now, having been widely condemned internally as well as externally, they ease the criticism by releasing the accused after what appears to be a reasonable, if secret, bargain. This is similar to the release of rights lawyer Pu Zhiqiang after a prosecution that shocked many and occasioned strong protests, yet ended in an apparently less harsh than expected outcome after a complex negotiation. Unfortunately, most PRC rights advocates are not protected by the fame and connections of lawyer Pu or artist-activist Ai Weiwei or by the pressures of a foreign, friendly government. For them, shock, awe and prison remain the order of the era! [Source]

Cohen also notes that if Dahlin’s girlfriend is still in China, as seems to be the case, “she remains a hostage to his freedom to speak.”

Last week, Chinese state broadcaster CCTV showed footage of Dahlin apologizing for violating Chinese law and “hurting the feelings of the Chinese people.” The televised confession, which friends and colleagues described as coerced, is the latest in a series of public confessions of alleged crimes aired on CCTV in recent years. At China File, Danwei’s Jeremy Goldkorn chronicles the string of televised self-criticisms under President Xi Jinping’s administration in a conversation also including David Bandurski, Joshua Rosenzweig, and Alvin Y.H. Cheung:

The first example of the Xi Jinping era of televised confessions that I am aware of took place on July 15, 2013, when an executive at pharmaceutical giant GlaxoSmithKline’s China operations appeared on primetime CCTV News to confess that the company had used bribes to expand its business in China. Since then, confessions have become regular fare on CCTV. There is a list of such confessions in 2013 and 2014 here. The victims include:

At The New York Times, Edward Wong looks at the rationale behind these confessions:

“This is a pageant, designed to demonstrate the party-state’s authority over individuals, pure and simple,” said Joshua Rosenzweig, a lecturer at the Chinese University of Hong Kong. “These cases are part of the leadership’s effort to take firmer control over spaces and actors in society that had grown too independent and critical under Hu Jintao,” Mr. Xi’s predecessor.

[…] Regularly broadcasting confessions, Mr. Rosenzweig said, “creates the impression of a pattern of illegal activity” and a sense that the party is taking steps to combat it. The most important feature of such videos, he said, is to show “that the participants themselves now see the error of their ways and hold the correct views.”

[…] “Such televised confessions are not following any due process to ensure that the persons concerned could be given any chance to have a fair trial,” said Patrick Poon, a researcher at Amnesty International.

Mr. Dahlin’s confession, he said, was part of the party’s efforts to restrict the activities of foreign nongovernmental organizations and their Chinese partners.

“By accusing a foreigner who works with an NGO of committing an ‘endangering national security’ offense, this will also give a chilling effect to foreigners who want to work for NGOs in China in the future,” he said. [Source]

The treatment of Dahlin and other foreigners—including the disappearance of Swedish publisher Gui Minhai and the forced dismissal of French journalist Ursula Gauthier—has raised the concern of Hans Dietmar Schweisgut, the chief European Union representative in China, who spoke out about the “deterioration of the human rights climate” in the country. Didi Kirsten Tatlow at The New York Times reports:

Mr. Schweisgut acknowledged that there had been “a deterioration of the human rights climate in China, especially when it comes to human rights defenders and human rights lawyers.” He added: “We have also seen cases that involve foreigners, in this case E.U. citizens. You know what I am referring to. This is obviously an issue of grave concern.”

“Ideally we would make substantial progress, and be able to solve those issues in the framework of human rights dialogues,” he said, referring to what could be done to address the shifting rights climate. “Where this is not the case, or where we are feeling we are not really getting a response, we cannot and will not remain silent.”

“We have come out very clearly as a question of principle, and we will continue to do so,” he continued. “This is something where we will never be willing and able to compromise our values.” [Source]