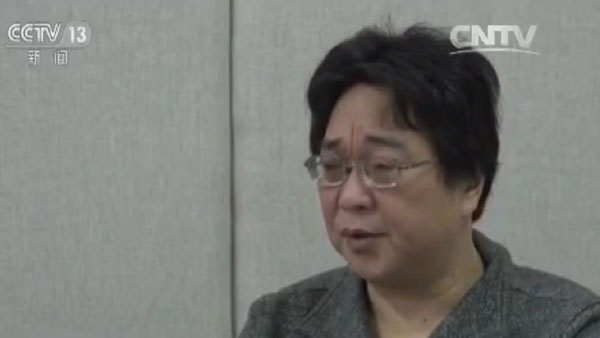 After mysteriously disappearing in October following a visit to his summer home in Thailand, Swedish citizen and co-owner of Hong Kong-based Mighty Current Media company Gui Minhai has now reappeared in the mainland, where he reportedly turned himself in for involvement in a decade-old hit-and-run. Xinhua reports:

Gui Minhai, a Hong Kong bookseller hyped as “missing” by media overseas, had already turned himself in to police in the Chinese mainland in October 2015, after fleeing more than ten years ago while still in probation for convicted drunk driving.

“Turning myself in is a voluntary choice of my own, and has nothing to do with anybody else,” Gui, a Swedish national and owner of Causeway Bay Books in Hong Kong, told Xinhua at a detention place on Wednesday.

“This is my due responsibility. I do not want anyone or any institution to be involved or get in the way of my returning, nor do I want any malicious media hype.”

[…] Police authorities said Gui was also linked to other crimes and is cooperating with investigators in the ongoing probe, without giving any further details.

“I am taking my legal responsibilities, and am willing to accept any punishment,” he said. [Source]

CCTV aired a confession from Gui, making his the latest in a series of similar confessions televised by the state broadcaster in recent years. The Hong Kong Free Press has translated the televised confession:

Gui Minhai is one of five Hong Kong publishers linked to Mighty Current Media—a company that specializes in publishing salacious titles on mainland officials set to soon release a book on Xi Jinping—to have disappeared since October, believed by some to have been abducted by mainland security officials. The most recent disappearance of Lee Bo, who worked at Mighty Current, held shares in the associated Causeway Bay Bookstore, and is believed to now be in detention in Shenzhen, sparked street protests in Hong Kong.

At The Guardian, Tom Phillips reports on doubts from Amnesty International’s William Nee about the official line on Gui Minhai:

William Nee, Amnesty International’s China researcher, said: “Even if this story is true – which is a big if – it still leaves many unanswered questions.

“Why would four other employees of a company need to go missing in order to assist with a regular criminal case? How could other missing or otherwise investigated colleagues of Gui Minhai have any connection to the case? What form of detention is Gui Minhai held under? Has he had access to legal counsel or consular visits, and if [not], why not?”

Before his disappearance, Gui had become a major irritant for China’s leaders. He specialised in sketchily sourced tabloid-style tomes about the private lives of senior party officials – including one book chronicling the alleged sexual escapades of Bo Xilai, the former Chongqing party chief, whose wife was jailed for the murder of British businessman Neil Heywood. [Source]

Also from The Guardian, Tom Phillips and Oliver Holmes report that Gui Minhai’s daughter Angela Gui does not believe that her father willfully returned to China:

“I do still believe he was abducted,” Angela Gui said by phone from the UK. “I still think it is suspicious that he and his associates went missing. Even if [the confession] is true, I don’t think that is why he is there.”

Gui, a Swedish citizen, was visiting his beachfront apartment in the Thai resort of Pattaya when he vanished, shocking family and friends.

His colleague Lee Bo told the Guardian at the time that he was planning to visit Gui with his wife for Chinese New Year, casting further doubt that Gui voluntarily handed himself in. [Source]

On Twitter, filmmaker Han Yan highlights a piece of evidence suggesting that the CCTV broadcast was scripted and edited:

T-shirt inconsistent in Gui Minhai interview. In film we call these goofs, oh wait it's not film, it's CCTV "news" pic.twitter.com/c3r2w9YWNi

After outlining the many inconsistencies and questions surrounding Guo Minhai’s alleged confession, The Washington Post’s Emily Rauhula suggests that the airing of it may have been a warning from China’s political elite:

The narrative seems messy and incoherent, blending possible fact with what seems like outright fiction. It feels illogical, absurd even.

But that may be the point. Televised confessions don’t tend to trade in logic, or truth. They trade in fear.

What happened on CCTV last night was terrifying precisely because it was so far-fetched, so unbelievable.

Gui made his living selling books about China’s ruling elite. Now the ruling elite seems to be sending a message to people like him: We control the story. And if you question it, we will get to you, wherever you are. [Source]