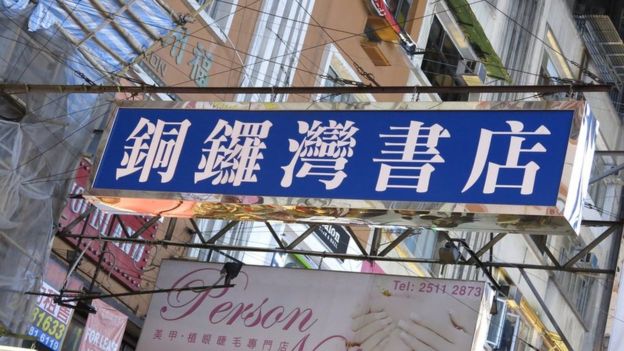 Lee Bo, who worked at both a bookstore and a publishing house in Hong Kong that dealt with politically sensitive books, has gone missing and is presumed to have been detained by Chinese authorities. BBC reports that Lee called his wife from a number in Shenzhen, saying that he was helping with an investigation:

Mr Lee is the fifth person associated with the Causeway Bay Bookstore to go missing.

Two of the other four men were last seen in Shenzhen, where their wives live; one was last seen in Hong Kong; and the other, the owner of a publishing house linked to the bookstore, was last heard from by email from Pattaya, Thailand, where he owns a holiday home.

Mr Lee spoke to the BBC when his four colleagues went missing, but was so worried about reprisals from China that he declined to give his full name.

There is no official word on why the five are missing, but the bookshop they are all linked to stocks publications critical of the Chinese government. [Source]

When the four other publishers disappeared last autumn Lee had said he was a shareholder in the Mighty Current publishing company.

“I think (it has happened) probably because of publishing matters… political books banned on the mainland,” he said at the time.

The other men who went missing are Gui Minhai, a Swedish national and co-owner of the Mighty Current publishing company. Local media said he failed to return from a holiday in Thailand in October.

Rights groups had expressed concern at the previous disappearances, with Human Rights Watch saying there was a “concerted effort” by the mainland to prevent Chinese political books travelling from Hong Kong to China. [Source]

Read more about the missing publishers, via CDT.

Alex Lo at The South China Morning Post provides background on Lee’s case and reports on the responses from Hong Kong government officials:

What we do know about the case is disturbing enough. Lee publishes and sells politically sensitive books banned on the mainland. Four of his colleagues have gone missing since October in Shenzhen and Thailand.

The Immigration Department has no record of Lee leaving Hong Kong and his home return permit was left at home. Yet, he has called his wife in Hong Kong several times from phone numbers listed in Shenzhen. So the possibility that Lee was taken from Hong Kong and clandestinely sent across the border cannot be ruled out.

Even the government is taking this possibility seriously. John Lee Ka-chiu, the acting secretary for security, admitted police were using established channels with its mainland security counterparts to determine if any Hong Kong resident was being detained.

Some people familiar with Lee’s work have surmised that his detention could be linked to a planned publication of a book revealing details about the personal life of President Xi Jinping. From another AFP report:

Ho, a customer at the publishing firm’s bookshop in Causeway Bay, said he had heard from other store regulars that the company was about to launch a book about Xi’s former girlfriend.

“To my knowledge… the book concerns the story about the girlfriend…(from) some years ago,” he said.

“There were warnings given to the owners not to publish this book. This book has not yet gone to print, but probably it has something to do with this book,” Ho added. [Source]

Hong Kong has become a sanctuary of sorts for publishing houses and bookstores catering to Chinese readers looking for books banned on the mainland. However, in recent years, such enterprises have been targeted through, “a complex web of self-censorship, soft censorship and mainland economic control,” according to The Guardian’s Ilaria Maria Sala. In 2014, Hong Kong-based publisher Yiu Man-tin (also known as Yao Wentian) was sentenced to ten years in prison in Shenzhen after being lured there on “false pretenses.” He had planned to publish a book by Yu Jie that was critical of Xi Jinping.