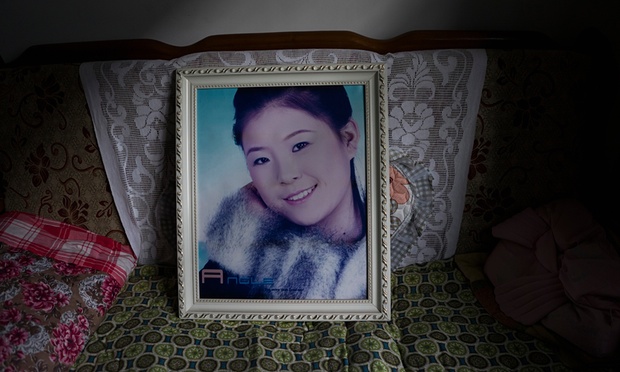 At The Guardian, Tom Phillips zooms in from telling “the story of China’s dramatic lurch back towards repressive dictatorship under Xi […] on the macro-level” to focus on Zhao Wei, a 24-year-old legal assistant now facing a possible life sentence for subversion. Zhao was among hundreds of rights lawyers and others held in last July’s “Black Friday” crackdown, and one of fifteen formally charged this month.

Born in 1991, the second of two children, Zhao was raised in a middle-class home in Jiyuan, a small city about 740km southwest of Beijing, in Henan, one of China’s most deprived regions.

Growing up, “Weiwei” was a vivacious and outgoing tomboy who expressed a desire to help the less fortunate, her mother says. “She is someone who hates injustice like poison. Even as a child she was like this.”

That idealism initially drew Zhao towards a career in reporting. In 2009, aged 18, she left home to study journalism at Jiangxi Normal University in the eastern city of Nanchang.

She threw herself into social work and campaigned on issues including LGBT rights and HIV awareness. “She saw so much inequality in society,” her mother remembers. “She wanted to help the vulnerable.”

As Zhao entered her final year – and a biting political chill set in with Xi’s elevation to commander-in-chief – Zheng cautioned her daughter against becoming too involved in activism. “I told her, ‘You are very young still.’”

But Zhao was unmoved. “I am here to change society, not to get used to it,” she replied. [Source]

Phillips also talks to Zhao’s mother about her struggle to obtain information about her daughter’s case and her fear that she may have been tortured, and to the American Bar Foundation’s Terry Halliday, who comments that “essentially, the party hierarchy has just taken off the gloves. It is no longer exercising power through velvet gloves. It has now got knuckledusters on.” At China Real Time, UC Berkeley’s Stanley Lubman links the Black Friday detentions with that of Swedish NGO worker Peter Dahlin—now released—and the disappearances of five Hong Kong-based booksellers. These, he writes, constitute “a disturbing three-pronged attack that treats legality as an unnecessary burden on governance over society, and illustrates how far China is willing to go to snuff out dissent. […] The current crackdown appears to be a continuation of relentless pressure by Beijing to expand its authoritarian rule, which makes any of its invocations of the rule of law a travesty.”