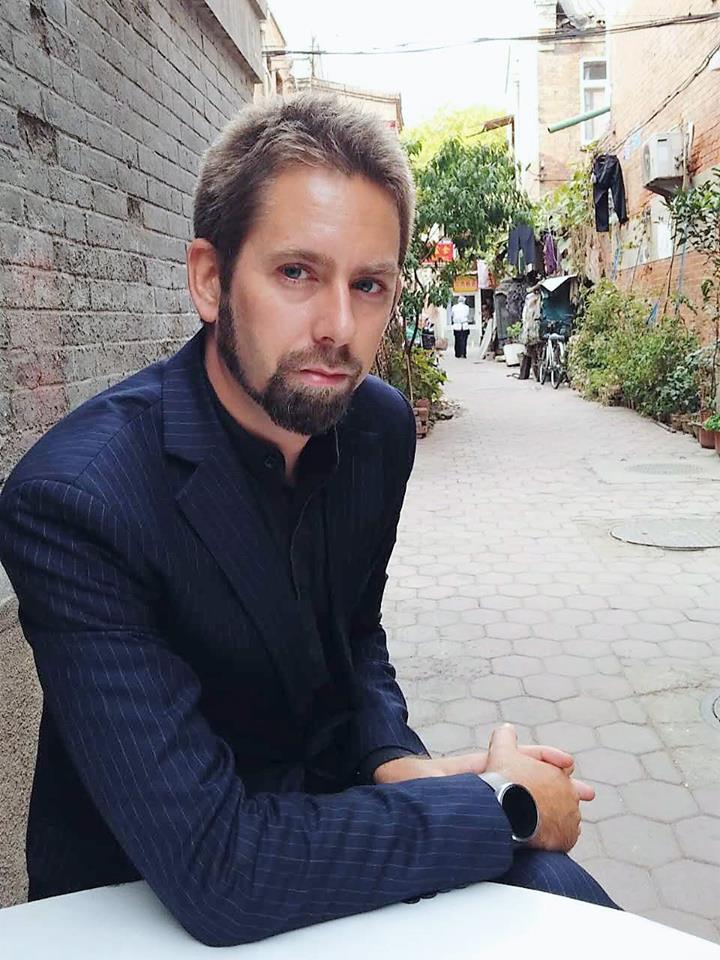 China has detained a Swedish national who worked with human rights lawyers on suspicion of endangering state security, a rights group said on Wednesday, describing the charges as “baseless”.

Peter Dahlin was taken into custody on Jan. 4, the group said, amid a growing crackdown on rights lawyers and foreign groups working on legal reform. Rights groups say the crackdown aims to rein in dissent, but the Chinese government denies this.

Dahlin, 35, is the co-founder of the Chinese Urgent Action Working Group, which promotes human rights and rule of law in China by supporting public interest lawyers and academics, among others. [Source]

Despite constant requests by the Swedish Embassy, the Chinese authorities have denied direct contact with Peter and have not provided any communications from Peter to the embassy. The authorities have not provided any information regarding the exact nature of the charges. The denial of consular communication is a direct violation of Chinese law and the Vienna Convention on Consular Relations. Furthermore, that the authorities have continued to conceal Peter’s whereabouts could amount to an enforced disappearance, a violation of international law.

Additionally, Peter suffers from Addison’s Disease, a rare defect of the adrenal gland, which is potentially life threatening unless properly medicated daily. The Chinese authorities have denied medical care to human rights defenders in detention in the past. [See examples, via CDT.] That Chinese authorities have merely issued a verbal assurance that Peter is receiving his medicine while continuing to deny direct consular communication is appalling. [Source]

Dahlin’s detention comes amid an unprecedented crackdown on the country’s human rights lawyers. The New York Times’ Chris Buckley looks at his case against the backdrop of mounting pressure on civil society under President Xi Jinping’s administration:

“Peter’s detention appears to be part of the six-month-long assault on the country’s human rights lawyers,” the group said. “That Peter is a foreigner points to a serious escalation in this assault on the legal aid profession in China.”

[…] Mr. Dahlin risks being ensnared in the Chinese Communist Party’s broader campaign against internal dissent and Western political influence. The disclosure of the case came on the same day that the Chinese police arrested two lawyers, an intern lawyer and a legal assistant on subversion charges.

Under President Xi Jinping, the authorities have waged an intense campaign of detentions, arrests and trials of human rights lawyers and activists accused of challenging the party’s power. Party leaders have denounced Western-inspired ideas like “civil society” and an independent judiciary, and the government is developing a law for foreign nongovernment organizations that could severely restrict their activities, especially in legal and political issues. [Source]

Dahlin’s detention also comes as Chinese authorities prepare to tighten control of foreign non-governmental organizations with a draft law that, if passed, will require NGO groups to register with the Ministry of Public Security and find official sponsors in order to operate. The Washington Post’s Emily Rauhala reports:

Though many countries have NGO laws, China’s draft law has been widely criticized for treating non-profits as threats to Party rule instead of partners in development. Many fear it will be used to silence critics.

“The draft Foreign NGO Management Law seems to be based on the assumption that civil society organizations are serious threats to national security, and unfortunately, this sort of logic seems to be at play in this case as well,” said William Nee, a Hong Kong based researcher for Amnesty International.

“This seems to be another case in which peaceful and legitimate work is being suppressed in the name of protecting national security.”

“You look at the draft NGO law and there’s definitely a concern that the Chinese government is probably looking to send a signal with Peter’s detention,” said Caster.

“The message could be: ‘See, we were right with the law we were working on.’” [Source]

“Whereas maybe five years ago someone would have been kicked out of China or not been allowed to return, arresting somebody sends a different message. It moves the line in terms of showing what steps the state is willing to take to reassert its control and to eliminate those it sees as threats to its control,” he said.