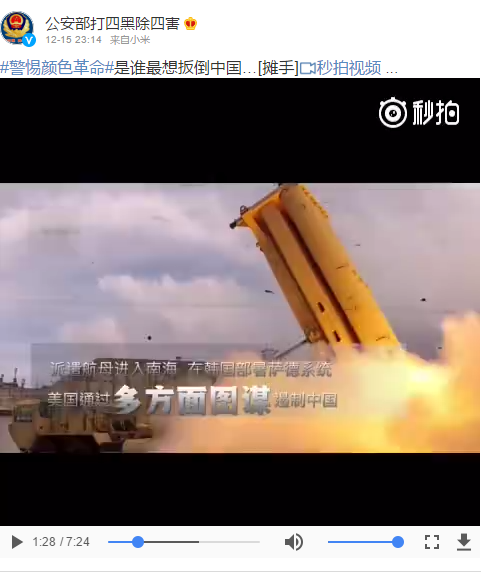 Rights lawyer Jiang Tianyong disappeared almost a month ago. The mystery surrounding his whereabouts since then prompted protests and calls for clarity from friends and colleagues, U.N. rights experts, and American and European representatives in Beijing. Last Friday, authorities finally revealed that Jiang had indeed been detained, claiming that he had been held nine days for buying train tickets using someone else’s ID before being released. Jiang, however, did not reappear. Later, The New York Times’ Chris Buckley reported, an explanation came for his continued detention:

The website of The Legal Daily, an official newspaper, said on Friday that the police detained Mr. Jiang when he tried to travel to Beijing by train from Changsha, a city in southern China. They accused him of using a fake identity card to buy a ticket. After he was in custody, much graver charges were lodged: Citing the police, the newspaper said Mr. Jiang “illegally possessed multiple secret state documents, colluded with overseas institutions, organizations and individuals, and is suspected of illegally providing state secrets abroad.”

[…] The Legal Daily said Mr. Jiang was a “citizen advocate” who “meddled in some serious cases, wantonly fabricated and spread rumors on the internet, and incited petitioners and the families of people in legal proceedings to resist state agencies.”

Patrick Poon, who researches Chinese issues for Amnesty International from Hong Kong, said in an interview that “without access to a lawyer of his own choice, Jiang Tianyong is at risk of torture or other ill treatment.” [Source]

Commenting in 2015 on the sentencing of journalist Gao Yu after she was found guilty of leaking state secrets abroad, Amnesty’s Nicholas Bequelin tweeted that “the definition of what is a State secret is over-broad and open ended. There is no real way to legally challenge a classification. […] Even publicly available information can be considered a state secret if communicated abroad [….] State secrets charges have long been the weapon of choice to silence critics, dissenters, journalists and party foe[s].”

Hong Kong Free Press’s Catherine Lai provides more details on the accusations against Jiang, his alleged confession, his family’s conviction of his innocence, and conflicting claims over whether they were duly notified. The lack of clear and timely information regarding Jiang’s case has also been seen in the recent disappearances of citizen journalists Liu Feiyue and Huang Qi. Human Rights Watch’s Sophie Richardson commented on Friday that “the Chinese authorities appear to have replaced the mass arrests of human rights defenders in 2015 with the equally invidious enforced disappearance of activists one by one. Not only does it terrorize those held and their family members, but it reinforces a message to the rest of civil society: stay silent – or we’ll silence you.” The tactic prompted one group of supporters to pointedly ask which “terrorist group” had seized Jiang Tianyong:

A further similarity between the three cases is the accusation of collusion with foreign forces, an increasingly common theme in attacks on rights lawyers, Hong Kong democracy protesters, labor activists, and foreign journalists. A colleague of Liu’s reported that he was accused of harming national security by accepting funds from abroad, while the Committee to Protect Journalists announced on Tuesday that “Huang Qi is being held at Neijiang Detention Center on the charge of ‘leaking state secrets abroad.’”

A recent series of online videos has promoted fear of alleged Western efforts to drive China into chaos. These have been shared on social media by accounts associated with bodies including the Communist Youth League, Supreme People’s Procuratorate, and the state-owned tabloid Global Times, typically with the hashtag #警惕颜色革命 (“Guard against color revolution”). CDT translated one of these videos following the trial of three prominent labor activists in September, while China Change has translated another two. The videos use situations like the Syrian refugee crisis and unrest in the Ukraine as warnings of what a shadowy network of foreign diplomats and journalists hope to bring to China, using Chinese activists and others as variously witting accomplices. On Sunday, China Change highlighted yet another installment which adds “historical nihilism,” Hong Kong publishers and activists, and downbeat coverage of economic news to the blackboard:

[…] Defiling the image of leaders [photo of the Causeway Bay bookstore]

Using Hong Kong as a base for a “color revolution”

It requires the vigilance and resistance of every one of us

Don’t believe lies. Don’t be gullible. Understand history, be resolute in your belief.

Read more on the work and disappearances of Jiang Tianyong, Liu Feiyue, and Huang Qi from Chinese Human Rights Defenders.