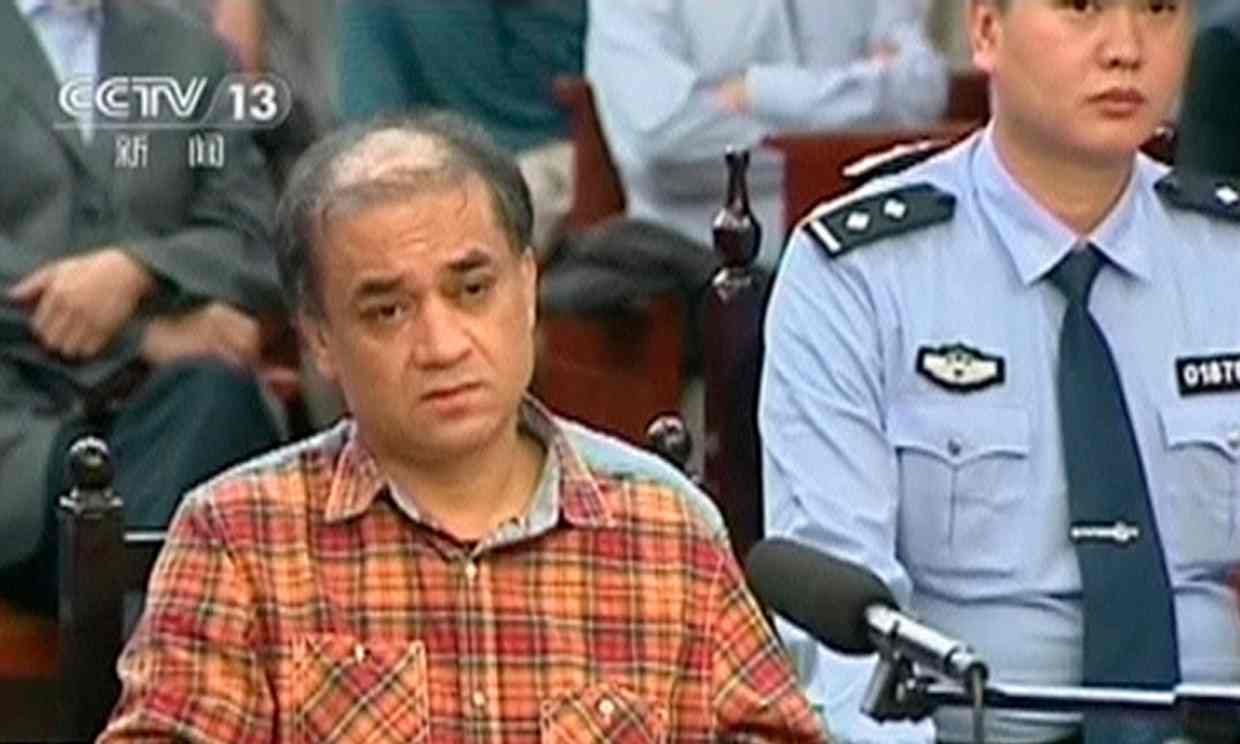 Last Saturday was Human Rights Day, the 68th anniversary of the United Nations’ adoption of the Universal Declaration of Human Rights. The occasion brought a chorus of protests over abuses in China, from detentions and prosecutions of rights lawyers to measures against citizen journalists and NGOs. Among the critical statements was an open letter from Pen International, signed by 125 writers including Margaret Atwood, Neil Gaiman, Yann Martel, and Salman Rushdie. From The Guardian:

These writers represent the many critical voices across China currently being silenced, including the imprisoned and persecuted members of the Independent Chinese Pen Centre: Yang Tongyan, Zhu Yufu, Lü Gengsong, Chen Shuqing, Hu Shigen, Qin Yongmin, Liu Yanli and Liu Feiyue; and honorary members Zhang Haitao, Sun Feng, Lu Yuyu, Li Tingyu, Huang Qi and Su Changlan. The enforced silence of these friends and colleagues is deafening, and the disappearance of their voices has left a world worse off for this egregious injustice and loss. [Source]

Several of those named were also included in the Committee to Protect Journalists’ annual census of imprisoned journalists, published on Tuesday. The organization reported that China had the world’s second highest number of incarcerated journalists, surpassed after two years as the most prolific jailer by Turkey as it cracked down after a failed coup in July.

In China, which consistently ranks among the world’s worst jailers of journalists, 38 journalists were in prison on December 1. In recent weeks, Beijing deepened its crackdown on journalists who cover protests and human rights abuses. Huang Qi, publisher of the news website 64 Tianwang, was arrested in November; he has previously spent two long stints in jail for his work documenting human rights violations. After 64 Tianwang reported that police had arrested demonstrators protesting the death of a petitioner they said had been beaten by government supporters, Huang told Radio Free Asia that such reporting “could bring him trouble.” [Source]

Read more on the recent detentions of Huang Qi and Liu Feiyue via CDT. In a separate blog post, CPJ’s Yaqiu Wang noted the exclusion from the list of members of the 21st Century Media Group, following the emergence of independent evidence that the organization had “engaged in activities that would be considered illegal by international standards.”

China-based representatives of the United States and European Union also issued statements to mark Human Rights Day. The E.U.’s delegation acknowledged China’s “considerable progress in a number of areas of human development,” but noted “an urgent need for additional progress with regard to the criminal justice system”:

[…] In particular we are concerned about the failure to implement current legal protections and the adoption of laws and regulations which run contrary to China’s stated commitment to advance the rule of law. During the past year, we have been extremely troubled about the deterioration of the situation with respect to freedom of expression and association. This repression has led to the arrest, detention and conviction of human rights defenders, lawyers and others exercising rights such as freedom of religion or belief. We once again call for the release of Nobel Peace Prize laureate Liu Xiaobo and Uighur academic Ilham Tohti. We remain extremely concerned about the cases of Zhang Haitao and Tashi Wangchuk  and the ongoing detention and conviction of human rights lawyers and defenders detained in connection with the 9 July 2015 crackdown, including Li Heping, Wang Quanzhang, Xie Yang and in particular Jiang Tianyong. We are equally concerned about all human rights defenders and their family members who have been harassed and punished because of their work in promoting rights which are protected in China’s Constitution and international law.

[…] We believe that the respect and promotion of these rights will contribute to creating a more prosperous China. Prosperity is also connected to freedom of information online and offline, which is fundamental for the free exchange of ideas and democratic debate of issues. In the coming year, we hope that China will demonstrate progress in these areas as well as in allowing foreign and domestic non-governmental organisations to operate freely and effectively in China.  We will continue to work with China towards these aims. [Source]

The U.S.’ soon-to-be-replaced ambassador Max Baucus similarly stated that he has been “amazed at the progress China has made improving the lives of its citizens.” However:

I can not talk about respect for human rights without talking about human beings. I remain extremely concerned about the ongoing detention of Chinese lawyers, including Li Heping, Wang Quanzhang, Xie Yang, and Xie Yanyi. For the rule of law to function effectively, every person must be able to seek the services of a lawyer, and it cannot be a crime to provide legal counsel to people seeking redress, as these lawyers have done. These four individuals, as well as a dozen more lawyers and law associates, have been held for nearly a year and a half without trial. We call for their release. Unfortunately, in recent weeks several more rights defenders have disappeared, including Jiang Tianyong, an advocate for the wives of China’s missing lawyers. China’s treatment of these lawyers and advocates calls into question its commitment to the rule of law.

[…] As the U.S. Ambassador to China for the last two and a half years, I can tell you that China’s approach to human rights directly impacts our overall bilateral relationship. When I speak on human rights, some people here accuse me or the United States government of interfering in China’s domestic affairs, or even worse, of attempting to destabilize this great country. Nothing could be further from the truth. Through our words and actions, we have repeatedly reassured China’s leadership that we welcome a prosperous, stable and successful China that works with us and the rest of the international community to address the many common global challenges that we face. When I speak about human rights, I do so out of respect for China and for the dignity and worth of each and every Chinese person. I reject the notion of “human rights with Chinese characteristics.” The fact remains that the Universal Declaration, which China has adopted, makes clear the international standards covering how all countries should treat their citizens. [Source]

Elsewhere, the BBC posted a video update on the status of the detained rights lawyers, illustrated by CDT’s Badiucao.

Q: December 10 is the 68th Human Rights Day. What is your take on the development of the cause of international human rights? There are still voices in western countries criticizing China’s human rights record. What is your response to that?

A: To promote and protect human rights is the ideal and aspiration shared by all mankind. The Human Rights Day was designated to give the international community an opportunity to strengthen human rights protection, promote human rights exchanges, and contribute to the sound development of the cause of international human rights. However, it is used as an excuse for some individual countries to hurl accusations at other countries, interfere in their domestic affairs, and politicize human rights issues. We are strongly dissatisfied with and opposed to such behavior.

There is no one-size-fits-all path when it comes to human rights development, as every country needs to improve its record on the basis of its national conditions and its people’s needs.

In this regard, China has made remarkable achievements in the last few years as is widely acknowledged by the international community. On the basis of respecting the purposes and principles of the UN Charter and the basic norms guiding international relations, we would like to conduct equal-footed dialogue and cooperation with all countries on human rights and make joint efforts to advance the cause of human rights.

As for the individual cases made in some countries’ statements, almost all of which involve persons that either violated or are suspected of violating Chinese laws. China is a country governed by law, and our judicial organs handle cases in accordance with the law. We are firmly against other countries disrupting China’s judicial sovereignty. [Source]

Another ministry spokesperson, Lu Kang, made a similar complaint when questioned last week about the disappearance of Jiang Tianyong, which has also prompted statements of concern from Chinese colleagues and U.N. rights experts. In comments reported by Reuters, but omitted from the official transcript, Lu said that lawbreakers “regardless of who they are or their profession, must be dealt with under Chinese law.”

However, as legal scholar Jerome Cohen wrote in February, “in China, politics continues to control law.” Last year, he reported that his earlier hopefulness regarding China’s progress toward rule of law had faded. He marked this year’s Human Rights Day with a brief blog post:

Reports about human rights advocates in China suffering in detention and abuse such as this one on Hada, an Inner Mongolian dissident and this one on rights lawyer Wang Quanzhang certainly inspire feelings of sadness and even hopelessness. Yet the odd thing is that many Chinese human rights lawyers and other advocates continue to enter the fray, even though now fully aware of the potential consequences. Efforts are gradually being made to learn what makes them tick. Infectious Western political ideology? Religion, Eastern or Western? The psychology of martyrdom?

Some even now maintain that the numbers of human rights activists are growing, a claim that is plainly difficult to verify. […]

[… A]s we mark International Human Rights Day today, we should admire them, wish them well and hope that the UN Declaration on Human Rights, which was adopted with considerable pre-1949 Chinese input, will soon prevail in China too. [Source]