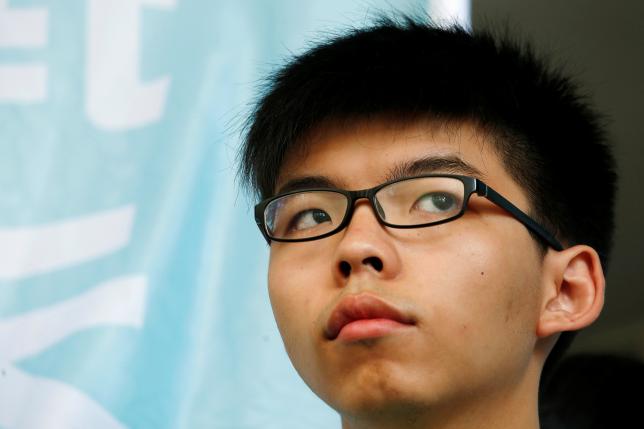 The South China Morning Post has shared an English-subtitled version of an ultra-nationalistic video released on Weibo by the Supreme People’s Procuratorate, China’s top prosecution body. The video, which warns of the threat “foreign forces” pose to stability in China, Hong Kong, and Taiwan, is part of a wave of anti-Western propaganda released amid the ongoing trials of several human rights lawyers and activists detained in last year’s “Black Friday” crackdown. This follows a pledge to combat “hostile forces” from China’s top judge in March, and mounting regulation of foreign NGOs aimed in part at preventing them from undermining the Party. Such suspicions have also arisen in connection with the Panama Papers leaks in April, “patriotic” protests over South China Sea arbitration (as well as the arbitration itself), and even among university authorities over a lesbian couple’s public proposal.”

At The News Lens, J. Michael Cole reports on the cautionary message in the video:

The Chinese Supreme People’s Court yesterday released a video on its official weibo micro blogging site calling for a nationwide alert against a foreign-backed “color revolution” that seeks to undermine state stability in China.

Using a collage of images of devastation, dead bodies and refugees in Iraq and Syria, the video, which was also circulated by the ultranationalist Chinese Communist Youth League, argues that the former U.S.S.R., Georgia, Kyrgyzstan, Egypt, Syria and Libya all serve as “painful lessons” to the Chinese.

“Do you want a stable China to turn into this?” it asks.

Implicit in this montage is the idea that “pro-independence” forces in Taiwan and Hong Kong would leave Beijing, and the People’s Liberation Army (PLA), no choice but to use force to stabilize the situation and maintain the integrity of the People’s Republic of China.

Following the collapse of the Soviet Union, the CCP sponsored a number of studies to learn from Moscow’s “mistakes” and avoid a similar fate in China. It has long justified crackdowns on civil liberties and freedom of expression, which have reached unprecedented heights in recent months, as necessary reactions to efforts by “foreign elements” to undermine China. [Source]

At the Sydney Morning Herald, Phillip Wen notes that the nationalistic video was produced by an Australia-based PhD candidate:

And the brains behind the video? Australian National University PhD candidate Lei Xiying.

Mr Lei, 29, moved to Australia to further his studies in 2011 and is completing his PhD on international relations. He was described just last month by Foreign Policy as one of the Communist Party youth wing’s most “energetic pro-party voices”. He is a committee member of the All-China Youth Federation.

[…] In an interview with Fairfax Media, Mr Lei said ordinary Chinese netizens were outraged by the court’s evidence that the lawyers had “received funding from foreign forces” to destabilise China’s domestic order. “The trials exposed them receiving training from overseas forces, accepting funds from foreign forces, and maliciously spreading rumours … how can this not make people angry?”

[…] The video’s credits production to Dujia Media, of which Mr Lei lists himself as a vice-president on his LinkedIn page. He told Fairfax Media he collaborates with Dujia on a project-based basis, and worked with a “few friends” on the video. When asked if any party organs, including the Communist Youth League, had commissioned or cooperated with Dujia, he said “as a market-oriented company, Dujia can collaborate with anyone, I don’t think this violates any market rules”. [Source]

Lei Xiying, who has received a “Positive Energy Youth Award” from the Cyberspace Administration of China, characterized small-scale protests against China’s defeat in a recent arbitration over its claims in the South China Sea as “false flag” activity.

Hong Kong student activist Joshua Wong is featured briefly in the video. Wong was found guilty of unlawful assembly by a Hong Kong court last month for storming government buildings in the lead-up to the city’s Occupy Central protests in 2014. Joshua Wong posted a response on his Facebook page, claiming that he did not advocate for Hong Kong independence, and that he views the video as a joke. From Shirley Zhao at South China Morning Post:

Wong’s image appears twice – a photo of him on hunger strike ahead of the pro-democratic civil-disobedience Occupy movement in 2014, and in a newspaper clip from the pro-Beijing Wen Wei Po highlighting his “American background”.

“I felt very frustrated after watching the video, because I’ve been smeared for a long time in the past,” Wong said. “But it’s very rare to see information released by communist officials on the mainland.”

Wong posted a response on his Facebook page on Tuesday, along with the news that pro-rights activist Zhai Yanmin had been found guilty of subverting state power in Tianjin and given a suspended jail sentence.

“[The sentence] is enough to prove the mainland’s discredited legal system, and [the video] … is another example that there is no separation between the party and the country,” Wong wrote.

Wong said he did not advocate for Hong Kong independence during his 2014 hunger strike and that he viewed the “false statements” from the “state apparatus” as jokes. [Source]