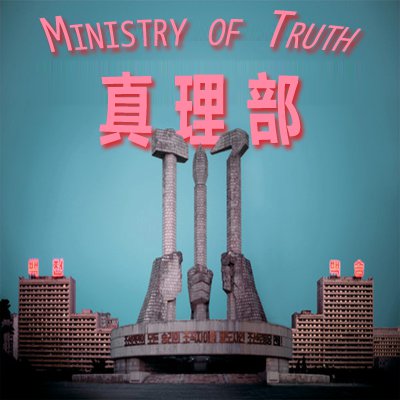 Several journalists reportedly asked about the leak at the Ministry of Foreign Affairs’ regular press briefing on Tuesday, but spokesman Hong Lei responded simply that “for such groundless accusations, I have no comment.” The exchange was excluded from the Ministry’s official transcript of the event. In fact, no accusations of wrongdoing have been made, but as The Wall Street Journal’s Chun Han Wong explained, the leak remains highly politically sensitive in China:

Chinese law doesn’t prohibit citizens from setting up or investing in offshore firms, which can serve legitimate purposes but have also been used for hiding wealth and funneling illicit funds abroad. News outlets that reviewed the so-called Panama Papers haven’t reported any alleged wrongdoing by any of the China-linked individuals or companies they identified.

Still, the revelations about alleged offshore activities by relatives of top Chinese officials adds fuel to perceptions of double standards in Beijing’s efforts to fight graft. Mr. Xi has used his anticorruption credentials to hone his image as a strong and incorruptible leader, while critics say his efforts are, in part, a political purge to consolidate power.

“The Panama Papers reinforce the cynicism that many citizens and grass roots party members feel about the aims of Xi Jinping’s anticorruption campaign,” said Willy Lam, an expert on Chinese elite politics at the Jamestown Foundation, a Washington-based think tank.

[… M]any Chinese believe that “the families of Politburo Standing Committee members, present and past, are still a privileged class that enjoy a higher degree of immunity from corruption investigations,” Mr. Lam said. “Some party members are more equal than others.” [Source]

Controls on information related to the leak have been tight. CDT has previously published two related directives, one from a province-level body which warned that “if material from foreign media attacking China is found on any website, it will be dealt with severely.” The narrative that the leak is a hostile foreign plot was embraced by the state-owned, nationalist-leaning Global Times, which warned in an editorial that Western media were reporting selectively and opaquely at Washington’s behest. The editorial made no mention of Mossack Fonseca’s Chinese clients, focusing instead on reports on associates of Russian president Vladimir Putin. Other official media, including the state broadcaster’s U.S. subsidiary CCTV America, similarly glossed over the topic. Even many such selective reports were quickly deleted. Fei Chang Dao notes that the Chinese version of the Global Times editorial only appeared in print, not on the newspaper’s website, and was swiftly removed from other sites which did publish it. An early Shanghai Daily news report was similarly short-lived. FCD also documents a tightening of censorship on the Baidu search engine, which returned partially censored results for Panama Papers and its Chinese equivalent 巴拿马文件 on April 4th, but none at all by the following day.

Blocking of searches on Sina Weibo remained mixed, with some terms blocked, others not, and some returning apparently filtered results. Although search results show that some posts survive, a Twitter post translated by Oiwan Lam at Global Voices Advocacy described vigorous deletions:

@Zodiac4698: Within the Great Fire Wall, the most ridiculous [censorship is happening]. Even the news about people in Iceland throwing eggs and banana at the Legislative Building were deleted. All posts that touched up secrecy, bank, money laundry and panama were deleted within a few seconds! The web censors are nuts, they keep deleting. I just added a like to a post and it vanished. It seems that the Chinese Communist Party is filling up all holes in the wall. I suggest those outside the wall help your fellow from inside to know the truth. [Source]

Meanwhile, much attention has focused on Hong Kong after the Panama Papers identified it as the host for the highest number and most active of Mossack Fonseca’s intermediaries. (The company also has offices on the mainland in Shanghai, Shenzhen, Qingdao, Dalian, Jinan, Hangzhou, and Ningbo.) Officials have denied that the territory is a haven for money laundering, but Hong Kong Free Press’s Tom Holland wrote that “their protests are not entirely convincing”:

Hong Kong may not be the conduit of choice for drug cartels or terrorist organisations looking to cleanse their dirty cash. But it certainly is the favourite channel for mainland Chinese who want to ship funds offshore in defiance of Beijing’s controls on cross-border capital flows, and place their cash beyond the reach China’s tax and corruption inspectors. Exactly how much money Hong Kong handles in this fashion is impossible to say, but at a conservative estimate the city processes hundreds of billions of Hong Kong dollars in illicit funds every year.

[…] Their reasons for setting up such shell companies are threefold. First, they want to avoid paying mainland taxes on their assets. Second, they want to hide their wealth from corruption inspectors, especially if they have made it by exploiting the influence of their powerful relations. And third, they want to disguise the origin of their funds in order to take advantage of the generous tax breaks China offers to foreign investors. [Another factor, Griffith University’s Jason Sharman suggested to the Wall Street Journal, is a lack of faith in rule of law on the mainland.]

[…] So when Hong Kong government officials insist that the city is not a money laundering centre, they are being something less than wholly honest. They know full well that those hundreds of billions of dollars consist largely of disguised mainland funds which only acquired their glowing sheen of legitimacy by being round-tripped through the combined laundry of secretive offshore financial centres and Hong Kong’s financial system. [Source]