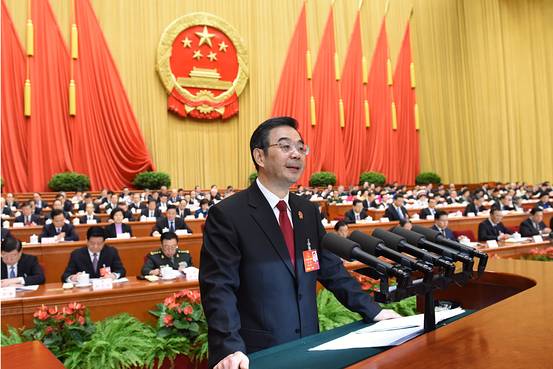 Chinese authorities have announced this week that combating “hostile forces” is a top priority for the government in 2016. The all-out effort to fight terrorist threats is accompanied by escalated attacks on cybercrime and a continued crackdown on corruption. The term “hostile forces” is often used by the government to blame domestic unrest or dissent on foreign groups. From Al Jazeera:

Those who led, organised and took part in terrorist groups and who spread video and audio about terrorism will continue to be targeted, top judge Zhou Qiang said.

This year courts “will implement well the laws on state security and counter-terrorism and severely punish terrorists and secessionists”, he added.

[…] Although he identified no specific groups or individuals as threats, Beijing has in the past cited a long list of “hostile forces” it accuses of seeking to end communist rule and plunge China into chaos, division, and economic ruin.Those include agents of foreign governments, civil society groups who challenge the party’s absolute authority, and religious dissenters – such as the underground church and the banned Falun Gong sect. [Source]

Beijing has made fighting terrorism a top priority following a series of deadly attacks in Xinjiang and elsewhere across the country over the past several years. Officials have blamed the unrest on radical Xinjiang separatists and militants while rights groups have attributed the ongoing strife to harsh government policies in the region. Last December, the government passed a sweeping anti-terror law that significantly expanded the definition of terrorism and gave Beijing new powers to compel foreign tech companies to assist authorities in data acquisition. A new national security law was also passed last year to bolster the power of the military and the country’s domestic security forces.

In a report to China’s parliament, the country’s top judge Zhou Qiang said Chinese courts convicted 1,419 people in 2015 for harming national security, a number that nearly doubled compared to figures released in 2014. The latest government statistics, however, do not give a clear picture of the effectiveness of counter-terror efforts because of a change in wording and a lack of definite breakdown in the numbers. From China Real Time:

The confusion arises from Mr. Zhou’s change in wording. While participation in terrorist attacks and secessionist activities are relatively specific offenses, “harming state security,” the term Mr. Zhou used on Sunday, refers to a much broader family of crimes that includes subversion, espionage and sharing of state secrets.

[…] The San Francisco-based human rights group Dui Hua Foundation published a report estimating the number of Chinese people indicted on state security charges in 2014 at 1,411. The group based its estimate on statistics provided in the China Law Yearbook, published by the official association representing Chinese legal scholars.