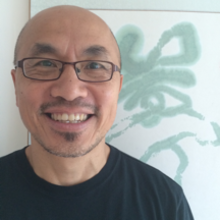 China’s long-awaited Foreign NGO Management Law took effect on January 1st, after an unusually lengthy process of drafting, public consultation, and revision. The law is part of an unprecedented wave of civil society regulation that formed over the course of 2016. In recent weeks, registration certificates have been issued to NGOs including the World Economic Forum, the Gates and Paulson Foundations, and numerous overseas Chambers of Commerce.

In a blog post republished this week at China File, civil society expert and China Labour Bulletin director Shawn Shieh examined the history of foreign NGO regulation in China; the national security focus of both the new law and Xi Jinping’s administration in general; and the final law’s relative moderation compared with both its predecessors and its more “draconian” first draft. In contrast with many more pessimistic observers, Shieh reiterates his long-standing argument that foreign NGOs still have room to maneuver and to shape the new law’s implementation.

The way the law has evolved makes it clear that Xi Jinping’s rise to power and his concerns about China’s security environment were the major drivers behind the law’s establishment and timing. In recent years, Chinese leaders, perhaps learning from Russia, Egypt, and other countries, have paid close attention to accusations of foreign NGO involvement in the “color revolutions” in the former Soviet Union and in the Arab Spring uprisings, and are worried about foreign NGOs funding social forces in China that may eventually metastasize into an organized opposition. In addition, the time spent on the drafting and revisions suggests the law is being taken seriously by Chinese leaders as a governance tool to strengthen “law-based administration” (yifa xingzheng), recognize the role played by foreign NGOs in China’s development, and strengthen their regulation. In this sense, the law can be seen as part of Xi Jinping’s broader “governing the country according to law” (yifa zhiguo) campaign to improve Party discipline and governance over both the Chinese state and society. By strengthening regulation of a group of social actors associated with foreign values and agendas, the law is intended to provide legal channels for those actors to carry out their activities while also strengthening the authorities’ ability to collect information on these actors and better protect China from perceived external threats to its sovereignty and social stability. […]

[…] The intended effect, in my view, was not to drive NGOs from China but to corral them into officially-sanctioned areas and away from more sensitive areas working with grassroots NGOs working on rights protection, advocacy, religion, etc. […]

While one claimed benefit of the new law is the greater clarity it offers, Shieh recently noted widespread confusion “both among NGOs and among the Public Security officials who are charged with implementing this law,” as well as “problems with the official English translation, and […] subtle omissions in the law that require a close reading to understand what the law allows and does not allow.” Read ongoing updates on implementation at Shieh’s NGOs in China blog.

[… T]here is a risk that the law will be applied in a non-transparent and inconsistent way. Foreign NPOs working in the field of civil rights and the rule of law are more likely to be targeted than those working in less politically sensitive areas.

[…] In December 2016, the MPS published a detailed list of government organisations that will be in charge of supervising foreign NPOs. But the list does not include supervisory units for NGOs operating in sensitive areas such as legal reform and rights issues. There are also very few incentives for nominated Chinese supervisory bodies to take over responsibility for the activities of foreign NPOs in less politically sensitive fields. The result could be a situation where a majority of foreign NPOs remain in a legal limbo.

[…] The new law is also a problem because it carries a high risk and probability of administrative abuse – particularly true regarding cooperation with some kinds of Chinese grassroots NGOs working in politically sensitive areas. Just two days before the law came into effect, the premises of the overseas-funded Migrant Workers Home, a Beijing-based service-delivery and advocacy group for rural migrants, were ransacked.

One way forward would be for foreign NPOs to adopt a strategy of “smart indigenisation”. This would mean providing grants to allow Chinese partners to sit in the driving seat of projects and programmes, thereby ensuring Chinese ownership and sustainability of initiatives. Arguably, Chinese problems will need be solved primarily by Chinese people drawing on Chinese resources. [Source]

The climate for domestic groups has become increasingly politically sensitive in recent months, however, particularly where overseas funding is involved. The new Foreign NGO Management law had already given some Chinese partners the sense that they were viewed as “enemies of the state,” and details of the recent trials of Guangdong labor activists and detentions of citizen journalists can have offered little reassurance.