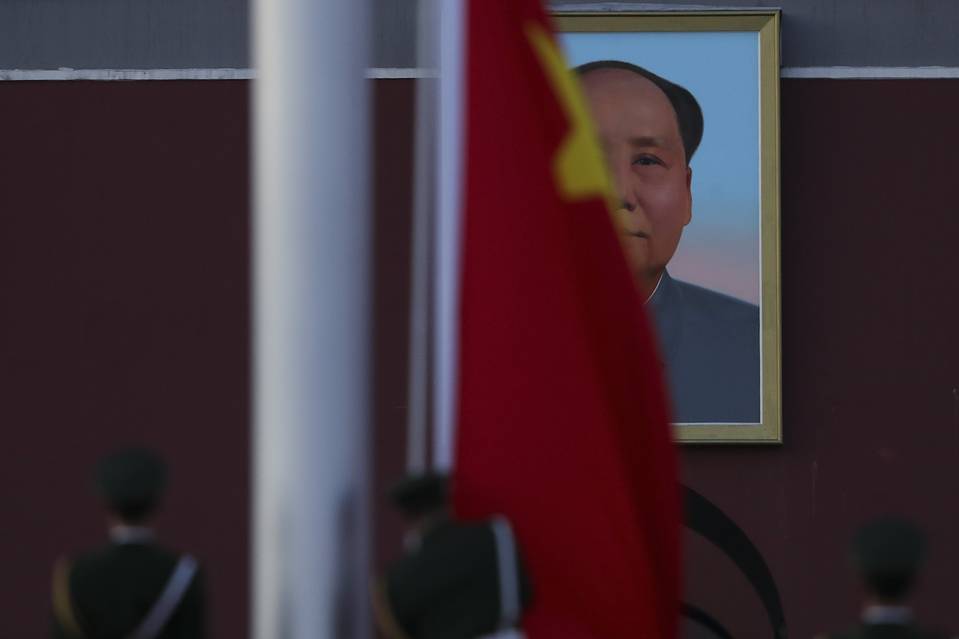 Freedom House’s newly released Freedom of the Press 2017 report found that there has been a drastic global decline in press freedom over the past year amid growing media threats in both democratic countries as well as authoritarian states. China remains “not free” in terms of its press freedom status, receiving a total score of 87 out of 100, with 100 being the least free. The following are key developments that have shaped the legal and political environment for the Chinese media in 2016:

Full regional reports measuring levels of press independence will soon become available for Taiwan and Hong Kong. Media freedom in the latter has steadily deteriorated over the last several years as a result of growing pressure from Beijing and local authorities alike.

Reporters Without Borders also released its 2017 World Press Freedom Index this week, ranking China as the world’s fifth-worst country for press freedom and the “leading prison for citizen journalists.” Hong Kong currently stands at 73 out of the 180 countries surveyed after moving down four spots on the ranking list. Meanwhile, Taiwan’s rating has improved markedly with the nation now occupying the 45th position, up six places from last year. Findings from the Index suggest that attacks on the press have become increasingly commonplace in today’s world. Growing suppression of media freedom has been especially prevalent in democracies, with countries such as the United States and Finland falling in the Index. Countries that have previously received low rankings have also registered declines in press freedom, with the media environment in Burundi, Egypt, and Bahrain now classified as “very bad.”

As a part of grim developments in the country, journalists in China could soon face financial penalties as the Chinese government makes plans to link journalists’ online postings with their credit rating. Yaqiu Wang reports for the Committee to Protect Journalists:

The creation of China’s system of credit scoring, which will be implemented in stages, could result in scenarios in which journalists who write or speak critically of the government face direct, personal financial consequences. Those consequences could be life-altering: A journalist whose social media post is deemed a “rumor” by the government could see her credit score lowered, resulting in her being denied a loan or saddled with a high interest rate.

[…] In June 2014, the State Council, the administrator of the Chinese central government, issued a planning document that sets forth the creation of a nationwide “Social Credit System” to monitor and rate the “social credibility” of individuals, private companies, government agencies and non-governmental organizations based on information from various government agencies and private institutions. Such information could include criminal records, tax documents, employer evaluations, purchasing preferences and online activities. The document states that the system would evaluate the credit history and online activities of internet users and blacklist “individuals engaging in online swindles” and “rumormongering.” The document also calls for adopting “measures against subjects listed on black lists,” including restricting their online activities, barring sectoral access and reporting them to corresponding departments for exposure.

[…] Journalists told CPJ the online credit system is a significant concern because it represents a new way of linking a person’s speech with other aspects of their lives. Censorship in China already goes beyond the usual tactics of removing journalists’ and writers’ social media accounts, shutting down news websites, and jailing journalists; it also involves thwarting journalists’ other daily activities, denying them career opportunities and banishing them from mainstream social engagements. [Source]

Read more about China’s nascent social credit system in a CDT interview with Shazeda Ahmed. As a censorship tactic, the development of the social credit system can be seen as part of a larger trend in which state actors are increasingly making use of innovative ways to control information. Joel Simon at the Committee to Protect Journalists discusses three categories of strategies that various governments and non-state actors have developed in recent years to control and manage information.

Repression 2.0 is an update on the worst old-style tactics, from state censorship to the imprisonment of critics, with new information technologies including smartphones and social media producing a softening around the edges. Masked political control means a systematic effort to hide repressive actions by dressing them in the cloak of democratic norms. Governments might justify an internet crackdown by saying it is necessary to suppress hate speech and incitement to violence. They might cast the jailing of dozens of critical journalists as an essential element in the global fight against terror.

Finally, technology capture means using the same technologies that have spawned the global information explosion to stifle dissent, by monitoring and surveilling critics, blocking websites and using trolling to shout down critical voices. Most insidious of all is sowing confusion through propaganda and false news.

These strategies have contributed to an upsurge in killings and imprisonment of journalists around the world. In fact, at the end of 2016 there were 259 journalists in jail, the most ever documented by CPJ. Meanwhile, violent forces–from Islamic militants to drug cartels–have exploited new information technologies to bypass the media and communicate directly with the public, often using videos of graphic violence to send a message of ruthlessness and terror. [Source]

Wu Qiang, a former politics lecturer at Beijing’s prestigious Tsinghua university, said in an interview on Thursday that he was repeatedly scolded by university officials bearing printed-out copies of reports in which he was cited by foreign media. Mr. Wu said he eventually grew more cautious about granting interviews but continued to speak to foreign reporters. As a scholar, he said, “I’ve always felt the responsibility to do so.”

Mr. Wu, who first began his tenure at the university in 2009, said the university declined to renew his contract in 2015. While no reason was cited, he says, he believes it pertained both to his repeated interactions with foreign media and the nature of his research into social movements.

[…] Mr. Wu said he was never shown any written guidelines banning communication with foreign media. But other universities have recently posted regulations online requiring approval by school authorities before speaking to foreign media.

“When accepting interviews from foreign media,” one such notice advises, “you must earnestly work to prevent leaking secrets.” [Source]

At The New York Times, Beijing bureau chief Jane Perlez spoke of the ongoing technological challenges of reporting in China where the Great Firewall poses a constant hurdle to online information access. According to the Committee to Protect Journalists, Russia is now attempting to imitate China’s model of internet control with increased online censorship.

In addition to these developments in press freedom conditions, China Media Project’s David Bandurski writes that the media industry in China is also currently undergoing a millennial shift, one that is characterized by the “progressive loss of professional journalism capacity” as the industry turns increasingly into a “rice bowl” profession for the young. Low pay and censorship are cited as the key factors driving away talent as old hands get pushed out of the industry and replaced by younger and less experienced journalists.

Many factors have driven an exodus of older talent from China’s media, from poor pay and the digital transformation of the industry — now hitting traditional Chinese media that for many years had seemed protected from the storms buffeting media elsewhere in the world — to the vagaries of censorship, which can sap the professional spirit. But the net effect of this shift is the progressive loss of professional journalism capacity in China’s media.

[…] Falling pay (relative to cost of living) and rising pressure mean the entire journalism profession is skewing younger in China. A 2016 survey by PR Newswireshowed that more than 80 percent of the “front-line journalists” reporting the news in China were born after 1985, meaning they were 30 years old or younger. By contrast, a survey of journalists in the U.S., conducted in 2013 by the School of Journalism at Indiana University, showed the median age had risen from 41 to 47 since 2002.

[…] Last month, the youthfulness of China’s journalists became a topic of renewed debate on social media in China after former FT China editor-in-chief Zhang Lifen (张力奋) said at the Bo’ao Forum for Asia Annual Conference that while the journalism profession anywhere in the world must rely on cumulative experience, journalists in China treat the job as a “young rice bowl” profession — in other words, as something to be endured only for a few years early in a career before one moves on to a job with real pay and a real future.

[…] The discussion inside China of the reasons for journalism’s flagging appeal among older — even just slightly older — professionals tends not to dwell on censorship, the elephant in the room. But the fact is that media controls, now more stringent and more effective than at any time in the past two decades, have a constraining effect on all aspects of the profession. [Source]

Meanwhile, The Guardian’s Tom Phillips reports that a new generation of international war correspondents has emerged in China as a result of the state media’s effort to expand its global reach.

Shixin Zhang, the author of a book on Chinese war correspondents, said China’s race to the front began a little over two decades ago when editors in Beijing, Shanghai and Guangzhou began sending journalists to conflicts including the Gulf War and Kosovo.

In 2008 that race became a stampede after Beijing announced it would pump 20bn yuan (£2.3bn) into key state-media outlets such as Xinhua, CCTV, China Radio International and Communist party mouthpiece the People’s Daily in a bid “to get its message across to the outside world”. “The current struggle between East and West is mainly for the right to be heard,” Huang Youyi, the vice president of China International Publishing Group, said at the time.

Privately-owned newspapers and television channels have also joined the rush, hoping to boost ratings and sales. In 2011, dozens of reporters jetted into Libya to witness Colonel Gaddafi’s downfall, reputedly the largest Chinese contingent ever to cover a single conflict. [Source]

Also at The Guardian, Wang Zhen looks at what a day on the job is like for Yuan Wenyi, one of China’s few female war reporters.

The 36-year-old reporter remembers her action-packed debut as a conflict reporter as a “sheer delight”. But her first experience of war was almost her last.

[…] “Run! Run! Run!” she recalls screaming at the station’s cameraman, Li Yanjun, as a shell exploded not far from their filming position, sending them scrambling back towards their vehicle.

As they raced away from the action, bullets whizzing through the air, Yuan remembers worrying that the car might explode: “I felt so desperate … All the blood rushed up into my forehead. I totally lost my voice.”

[…] Female voices are still a rarity among China’s new generation of war correspondent. But Yuan said she hoped Chinese newsrooms would gradually shake off the outdated idea that war zones were for men. “Work is work – it’s just the same for me as for everybody else.” [Source]