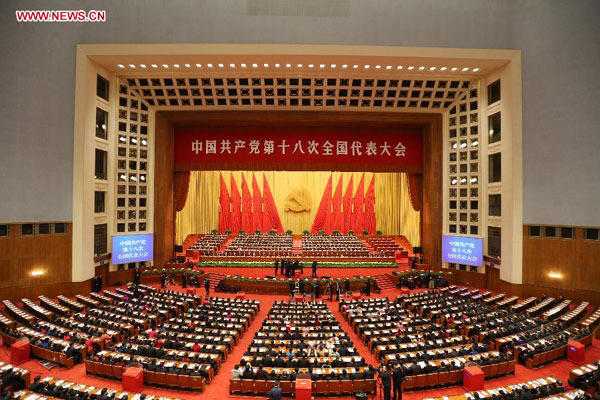 In recent years, the Xi administration has repeatedly announced its intention to “strengthen the construction of new types of think tanks with Chinese characteristics and establish and complete a policymaking consultancy system” as “an important support for scientific, democratic and lawful policymaking by the Party and the government.” In an overview of the existing landscape in 2014, The Economist commented that “the Western notion of think-tanks as a government’s ‘external brains’ has not taken root in China. […] The party wants its brains to be internal organs.” But in February, former South China Morning Post editor Wang Xiangwei commented that this attitude had derailed the intended emergence of globally competitive Chinese think tanks, instead producing “mouthpieces of government policies [which] rarely criticise any government decision or offer effective alternative solutions and recommendations.”

The new policy emphasizes that the main purpose of social think thanks is to serve government and party policy-making, while their principal objective is contributing research and consultation on public policies. In addition, the policy points out that social think tanks must operate in accordance with national laws and administrative regulations, meanwhile strengthening their personal political and social responsibility. Aside from this, the policy holds that social think tanks must continue to adhere to party ethics and principles, follow the developmental path of new think tanks with Chinese characteristics, keep social responsibility at the forefront of their conduct and protect national and public interests. [Source]

[…] By the end of last year, China had 435 think tanks, second only to the United States with 1,835, according to a list compiled by the University of Pennsylvania.

But even the best of the Chinese institutions lag well behind the US and British leaders in influence and research quality.

[…] Jia, from Tsinghua University, said the rules meant the think tanks would no longer have the final say on many of their operations.

“Such rules will squeeze the living space and undermine the independence of non-governmental think tanks,” Jia said. “Think tanks will also be motivated to work only on projects that are of interest to the party and the government.” [Source]

Silvia Menegazzi discussed the history of China’s think tanks and their poor showing in the University of Pennsylvania’s rankings at the University of Nottingham’s China Policy Institute Analysis blog last June. “While Chinese think tanks are often criticised because of their lack of ‘intellectual independence’ from ruling elites,” she wrote, “they are considered by many in China as fundamental actors (providing information to political elites; consulting activities) in the decision-making process, in particular, vis-à-vis China’s national policies’ implementation, as well as for international issues of paramount importance to the Chinese Communist Party (CCP).”

According to The Diplomat’s DD Wu, the new document reveals the government’s intention “to shoot two birds with one stone: regulating non-governmental think tanks and then using these think tanks overseas for their own advantage.”

According to the Opinion, the top priority of Chinese think tanks is to “serve the Party and the government’s policy.” “Strengthening the Party’s leadership” is the basic principle. All think tanks should “be led by the Party’s theory, guidelines, and policy” and “take the development route with Chinese characteristics.”

[…] Keen on having its own voice in the world, Chinese authorities have realized that the think tanks are a good tool to achieve this goal through international exchanges. The Opinion expressed the intention very clearly, calling for the government to:

Wu concludes by noting doubts over “whether these well-regulated think tanks can still have an independent voice.” One independent voice in the field was already silenced earlier this year, when the Unirule Institute, founded by outspoken liberal economist Mao Yushi, was pushed offline by the closure of its website and social media accounts.