What the Lawyer Crackdown Means for Rule of Law 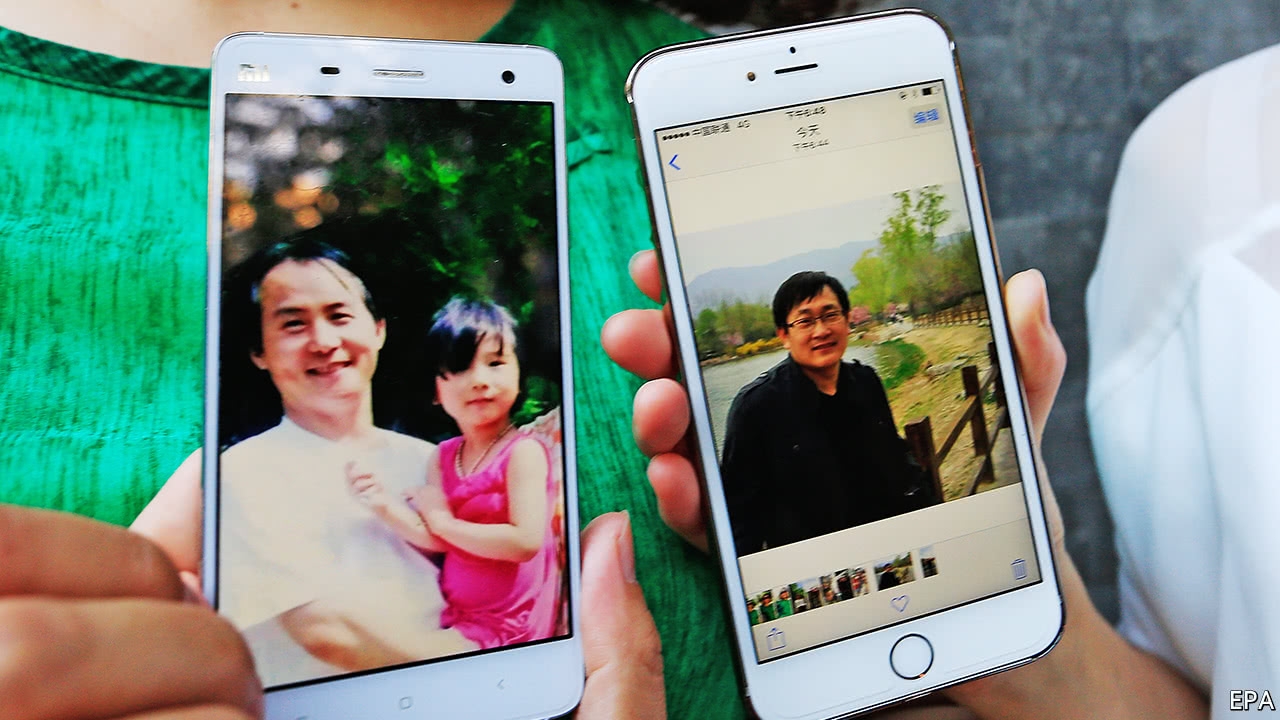 A pair of articles in The Economist’s current edition examines how China’s ongoing crackdown on rights lawyers, the illegal means including torture by which it has allegedly been carried out, and high-level warnings against “Western” judicial independence all fit into Xi Jinping’s emphasis on promoting the rule of law:

Mr Xi still stresses the importance of the “rule of law”, but it is clear he means to apply the term mostly to businesses, and other parts of civil law. Some officials recognise that it is better to give victims of land grabs, corruption and bureaucratic incompetence redress in court, rather than have them protest on the streets. Standards at China’s law schools are improving, courts are becoming more independent from local governments and judges better qualified. But there are limits to such change. Someone accused of “subversion”—a charge often levelled at people who do nothing more than persistently criticise the authorities—can still expect short shrift in the dock. More alarming for the party is that the same lawyers who defend farmers’ land rights often take up the cases of those whose political or religious beliefs the party abhors, among them house-church Christians, devotees of Falun Gong and dissidents. To Mr Xi, the lawyers look like an organised, liberal-minded force that could challenge the legitimacy of Communist rule.

Mr Xi worries about the precedent of nearby Taiwan in the 1970s and 1980s, when independent lawyers led a movement against its then dictatorship. But such lawyers—fearless of power and dogged in their defence of society’s weakest members—are essential if China is to build the rule of law it needs.

[…] To a ruler such as Mr Xi the choice may seem stark. Restoring China’s greatness requires a predictable, well-run legal system. But the rule of law will strengthen independent lawyers. He would do well to follow the logic of his rhetoric in 2012. Uppity lawyers will sometimes take on the party. But as the economic boom fades, the greater threat to Mr Xi is the anger of citizens who feel not only that the party is failing to make them richer, but also that it is using the law to bully them. [Source]

The second article focuses on allegations of torture by several of the detained lawyers—particularly Li Heping, who was recently released with a suspended sentence for subverting state power—and Xi’s vision of a “rule by law” under which the legal system is a tool of government, rather than a check on it. It also notes the legislative aspect of this drive, which NYU’s Jerome Cohen has described as “a comprehensive legislative agenda designed to confirm China as a de facto garrison state.”

[… In] any area where the rule of law is in contest with the power of the Communist Party, it is the party that wins. It has no truck with people like Mr Li, who has not only represented the weak and dispossessed, such as farmers thrown off their land, but also people whose beliefs the party finds threatening: house-church Christians and followers of Falun Gong, a banned religious sect. Other rights lawyers have found themselves in court for offending officials. The party demands that the legal system shore up the party’s control. In January China’s highest-ranking judge denounced the idea of an independent judiciary as a “false Western” one.

[…] Under Mr Xi, the space for loyal dissent has been shrinking. Now even those who do not directly challenge the party’s right to rule (the lawyers rarely do) risk being treated as subversives. And the government is using the law to crush them. In the past two years it has published a raft of security-related legislation, including a proposed version released in May of what is called the National Intelligence Law. These bills offer a vague and extremely broad definition of behaviour that threatens national security. One civil-rights lawyer in Beijing says he is still free to practise but finds it hard to imagine a legal system in China that offers true protection for the rights of individuals. Rule of law is an “empty slogan”, he says: “The law is a tool of the authorities.”

A decade ago some observers in China were more optimistic. Rights lawyers were emerging as a powerful new voice in defence of those who felt marginalised and downtrodden. Officials’ tolerance of such lawyers suggested they were becoming more enlightened. Repressing them has extinguished many people’s hopes that the party might allow itself to be held to greater account before the law. [Source]