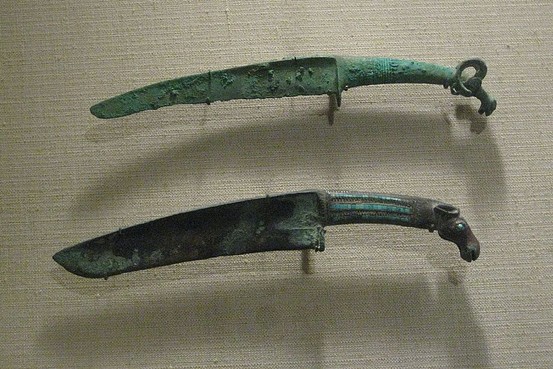 At China Real Time, Stanley Lubman examines Xi Jinping’s assertion of control in the legal system and beyond, even as the Party proclaims its commitment to rule of law:

Speaking of the courts and police in a meeting last month, Xi revived a vivid image from the Communist Party’s ideological vocabulary about the role of law, stating that the party must ensure “the handle of the knife is firmly in the hands of the party and the people.” Xi’s invocation of a menacing slogan ratcheted up the volume on a growing chorus of arguments that are being used to distance Chinese law from law in Western democracies.

[…] A recent report that President Xi has ordered “governors and ministers to work much harder to implement ‘rule by law’” may seem odd given the current environment — until you remember that what Xi calls “rule by law” is very different from what is known in the West as “rule of law.” The Western concept means that law is the supreme standard by which governmental conduct is measured. The Chinese concept is very different, as the report indicates:

The party made rule by law its priority at its fourth plenum in October, but stressed that its absolute leadership was at the core of the ideal.

In the current political atmosphere, some incremental law reforms may progress, within strict limits, by regularizing procedure in the courts and improving transparency in cases not deemed to be politically significant. But the most recent message is chillingly clear: The grasp of the Party will not be loosened, and as a result, changes needed for deep reform of China’s legal system will remain out of reach. [Source]

The term “knife handle” (刀把子 dao bazi) had previously resurfaced a year ago following a central political and legal work meeting. As Qian Gang explained at BBC Chinese at the time, the term has a long history in the Party’s rhetoric: its official newspaper, the People’s Daily, greeted the foundation of the People’s Republic in 1949 by declaring that the masses had seized the knife handle from reactionaries. By the Anti-rightist Movement of the late 1950s, it had begun to represent the procuratorate, judiciary, and public security forces specifically; during the Cultural Revolution, “the official seal, the knife handle, and the shaft of the pen” signified state power, the apparatus of dictatorship, and the mass media respectively. But in the post-Mao era, the term fell out of favor. Qian cited a succession of People’s Daily articles from the 1980s to 2005 in which the “knife handle” image is dismissed as simplistic and outdated, in contrast with the qualities of “human warmth” and “serving the people” then needed in the legal system. The return of the knife handle, Qian concluded, is enough “to reduce all claims of reform to shreds.”

A knife can only point in one direction at a time. In a blog post translated at China Media Project, Zhang Ming highlights the limitations of rigid central control versus a decentralized, pervasive system of rules and laws:

The problem of pollution in China is severe. Mass incidents are common. Forced property demolitions proceed unstoppably. Justice is constantly trampled through the court system. But none of the serious local problems looming behind these cases have any hope of resolution in our country unless powerful leadership elites step forward with hand-of-God interventions.

[…] In any era, to have an officialdom that can act only as a function of fear, that cannot conduct itself in accord with a system of rules and laws — this is a tragedy for emperors, big and small, as well as for the people.

Imagine that across the breadth of the country, every chess piece played must be played at the pinnacle of power. If, as emperor, you don’t make a concerted move, that piece will move of its own accord [chaotically or randomly]. It is you who must be responsible for the outcome of the game, whether there is order or chaos. You must direct the movements of the pieces, not losing sight of a single one. If you tire in the course of the game, or if you let down your guard — well then, emperors big and small will make their own moves on all sides of you. Before long, other voices of power will emerge and hold sway, and then all bets are off. [Source]

The argument that China must “wear shoes that fit” and “travel its own road” in pursuing legal reform was laid out in a recent People’s Daily editorial, also translated at China Media Project. Read more on conflicting conceptions of law as a knife handle and a shield in CDT’s 2014 yearbook, and at CDT.