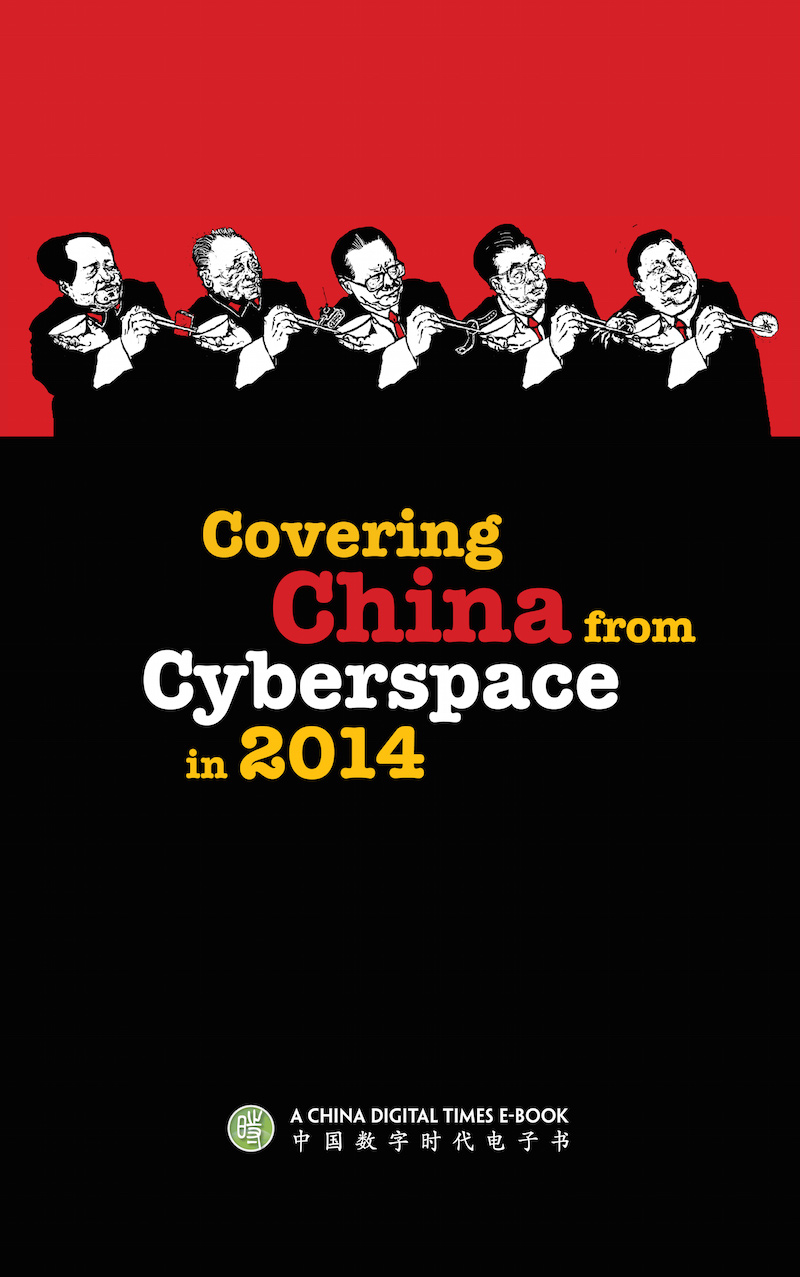 Update: The yearbook is now available for $1.99 in PDF format from Sellfy. CDT’s latest eBook, “Covering China from Cyberspace in 2014” is a yearbook of major events as seen through the eyes of Chinese censors and the netizens who are brave enough to defy them.

A crackdown on free speech and activism that began as soon as President Xi Jinping took office in 2012 only intensified and broadened throughout 2014. A steady stream of filtered search terms and propaganda directives guided coverage and discussion of a broad variety of topics and stories, from Xi’s visit to a steamed bun shop to the arrest of former security chief Zhou Yongkang. The 25th anniversary of June 4th and the protest movement in Hong Kong were both among the most strictly censored stories in China in recent memory.

But the harsh tactics used by authorities to silence their critics did not work to intimidate the most outspoken Internet users, who continued to find creative ways to express themselves.

This yearbook is not an effort to chronicle everything that happened in China this past year. Rather, it provides a unique lens on some of the biggest stories in China in 2014 by compiling the best of the news reports & analysis, Internet commentary, propaganda directives, cartoons, and other images. “Covering China from Cyberspace in 2014” is a valuable resource for China analysts, journalists, students, and others who wish to broaden their knowledge and understanding of recent events in the country.

Available for $2.99 in the Kindle, Google Play, and iTunes stores, and for $1.99 in PDF format at Sellfy. All proceeds from the sale of this eBook support China Digital Times.

Our previous eBooks include “Decoding the Chinese Internet: A Glossary of Political Slang” (September 2014) and “Crazy Crab’s Chinese Dream: Political Cartoons 2012-2013” (May 2014).