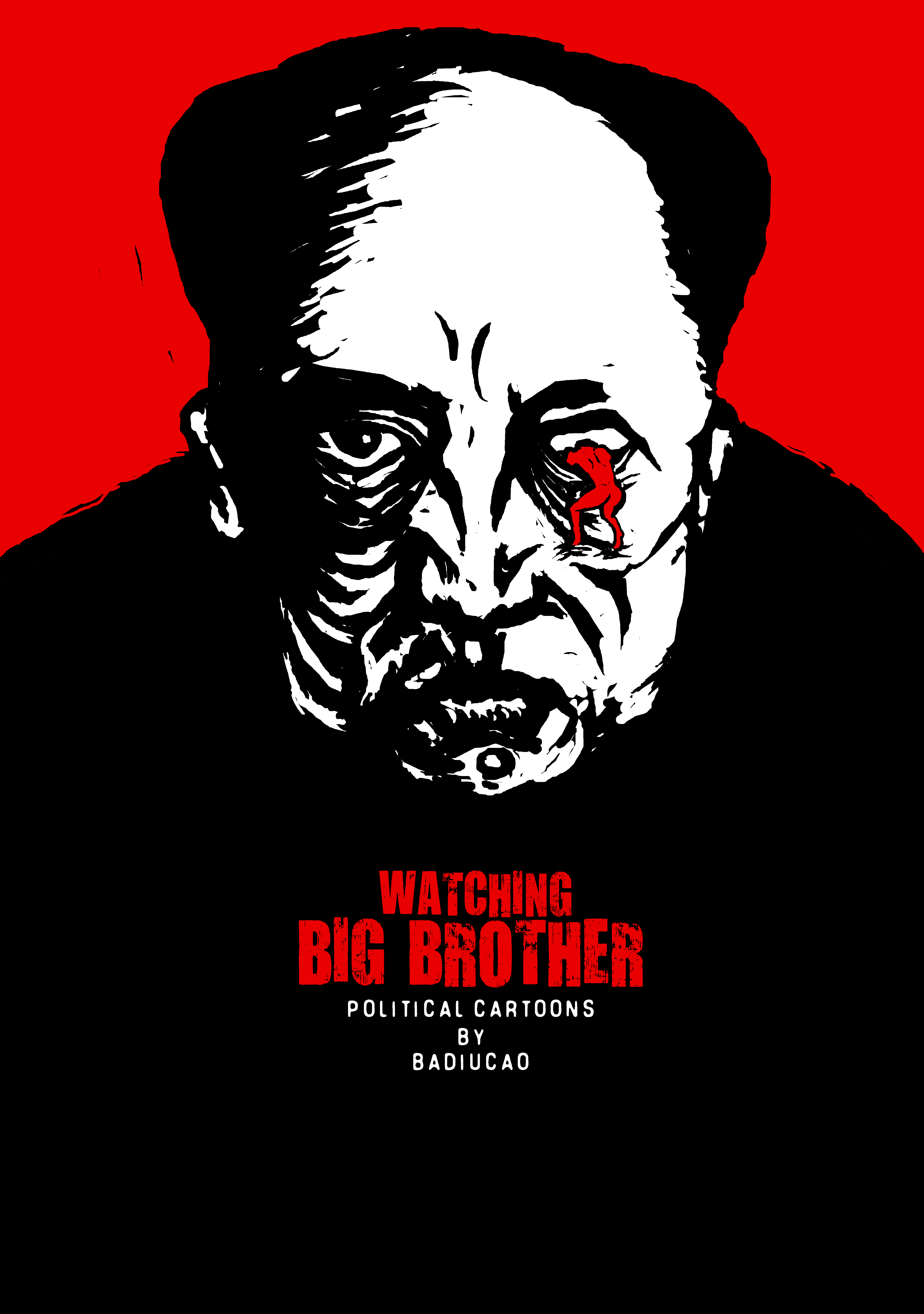 Born in Shanghai and currently based in Australia, Badiucao is one of China’s most prolific and well-known political cartoonists. The artist confronts a variety of social and political issues head on in his powerful work, while infusing his drawings with a wry sense of humor. He readily adapts sardonic Internet memes—such as the nickname for President Xi Jinping, “Steamed Bun Xi”—while manipulating archetypal images from Communist Party propaganda to make subversive political statements. In recent years, he has broadened his range and drawn a series of stark and powerful portraits of human rights defenders in China.

“As a rebel, I want to use my pen to record history from my perspective, and use my individual perspective to confront the official record,” Badiucao tells CDT.

Listen to an interview with Badiucao by PRI’s The World from February 10, 2016.

The drawings in the book cover the early years of Xi Jinping’s presidency, from December 2013 to January 2016. The book also includes a lengthy interview with the artist and explanatory text for each image. Badiucao’s work has been used by Amnesty International, Freedom House, BBC, and CNN, and exhibited in Australia, the U.S., and Italy. He has been a contributing cartoonist for China Digital Times (CDT) since December 2013. The eBook is available in both ePub and PDF formats. No contribution is required to download the book, but 100% of donations received will be contributed to Badiucao to help support his artwork. (Note: After ordering the eBook through the link below, you will be directed to a webpage that includes a link to download the publication. Please do not direct away from that page until you have downloaded the book.) CDT also offers an exclusive line of T-shirts, mugs, iPad covers, and other gear with unique designs by Badiucao in our Zazzle store. Proceeds from those purchases will support both CDT and Badiucao.