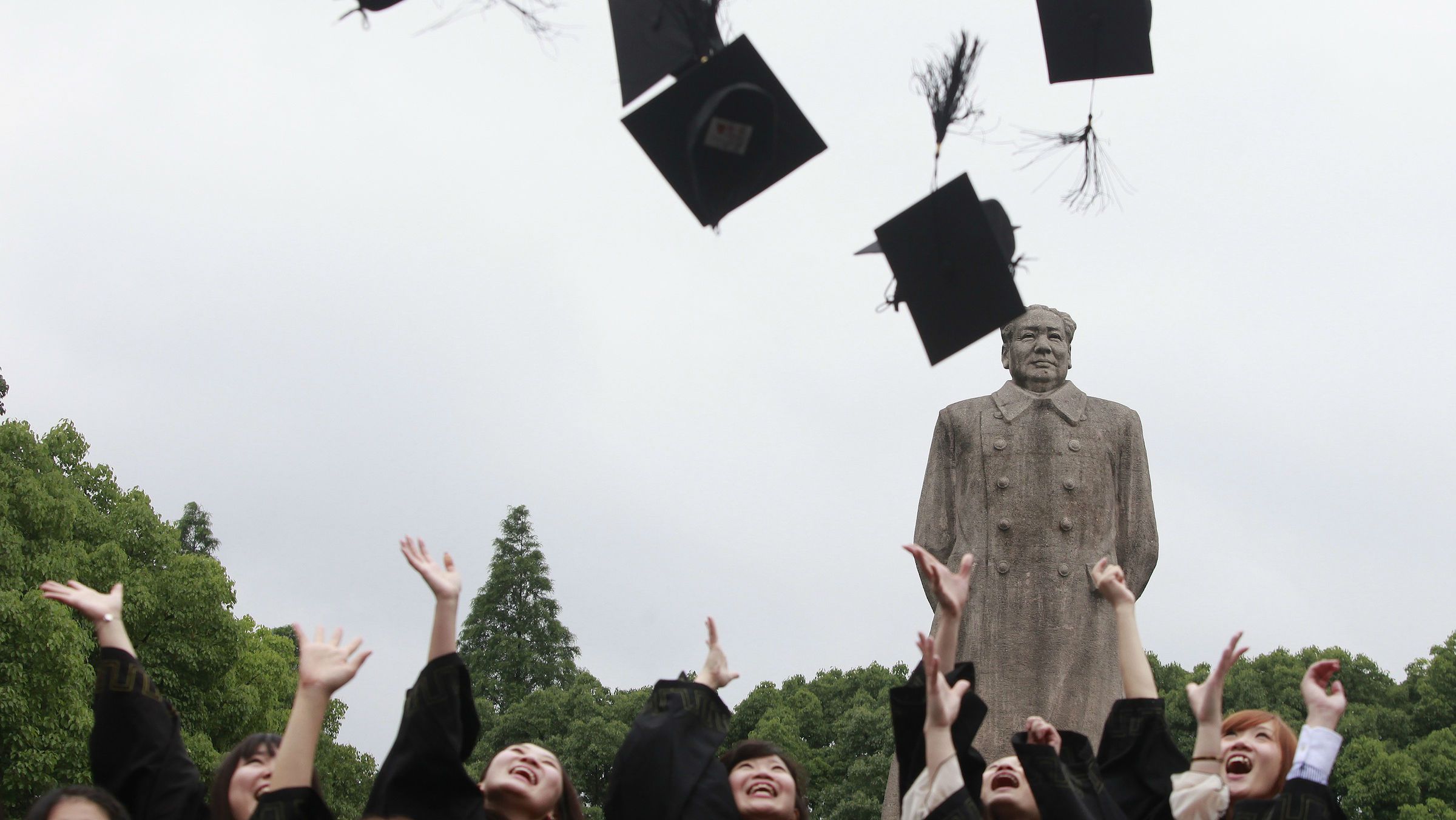 As part of a campaign to tighten ideological controls within universities, the Ministry of Education has banned textbooks “promoting Western values” or which are critical of the Chinese Communist Party or socialism. The moves have provoked some pushback from members of China’s academic elite, including former vice dean of the Peking University Law School Shen Kui, who asked Minister of Education Yuan Guiren, “would it be possible for you to clearly delineate the line between ‘Western values’ from ‘Chinese values’?” Now, as Chris Buckley reports for the New York Times, another university president has urged caution while still expressing support for the campaign:

Gong Ke, the president of Nankai University in the northern port city of Tianjin, told the People’s Daily website that the allegations that universities were infested with subversion evoked dangerous parallels to the two worst purges of intellectuals in the People’s Republic of China: the Anti-Rightist Movement of 1957 and the Cultural Revolution a decade later.

“Recently, I’ve read people on the Internet saying that the ranks of academics must be cleansed, purified and rectified,” Mr. Gong said. “I can’t agree with this. This was the mentality of 1957 or 1966.”

According to the People’s Daily website, Mr. Gong warned, “In enhancing ideological work, we cannot go to another extreme. We cannot re-enact this history of ‘leftist’ errors against intellectuals.”

Mr. Gong did not break ranks from the official line, but rather added a note of caution. He urged a milder, more trusting approach to academics, while conceding that some had “problems in their political outlooks.” [Source]

On Project Syndicate, Minxin Pei points out the consequences that the war against “Western values” could have for both students and professors in China, as well as for the government’s battle against corruption:

The recent onslaught against free speech and Western values reflects the central political challenge facing President Xi Jinping, who must transform a one-party system enfeebled by greed and mistrust into a well-ordered, ideologically united regime capable of carrying out market-based reforms and sustaining its own long-term survival. A crackdown on liberalism, he seems to believe, will work alongside his anti-corruption campaign to advance this goal.

This vision is as intellectually flawed as it is impractical. However hard one tries, it is virtually impossible to root out corruption in a one-party system without press freedom, a robust civil society, or the rule of law. Yet these are precisely the “Western values” that CCP apparatchiks are attempting to eliminate.

China will pay dearly for this mistake. Consider the impact of Yuan’s textbook campaign on China’s 28 million college undergraduates, who would be left with substandard course materials. How could these students be expected to compete in the global economy, when their education has been compromised in this way?

The current trend implies deteriorating conditions for their teachers as well, particularly in the social sciences and humanities, as academics face tighter restrictions on scholarly exchanges with the West. With fewer opportunities to attend conferences abroad, publish papers in Western academic journals, or spend time teaching or conducting research outside of China, their professional development and careers could be severely impaired. [Source]

In late December, President Xi Jinping issued remarks calling for “greater ‘ideological guidance’ in China’s universities,” which set into motion a number of official pronouncements attempting to achieve just that. China Elections and Governance has put together a timeline of these directives or commentaries supporting the official campaign [Chinese]. This week, propaganda officials issued a directive calling on the media to “suitably disseminate” the comments of Yuan Guiren and supportive remarks by Chinese Academy of Social Sciences scholar Zhu Jidong.