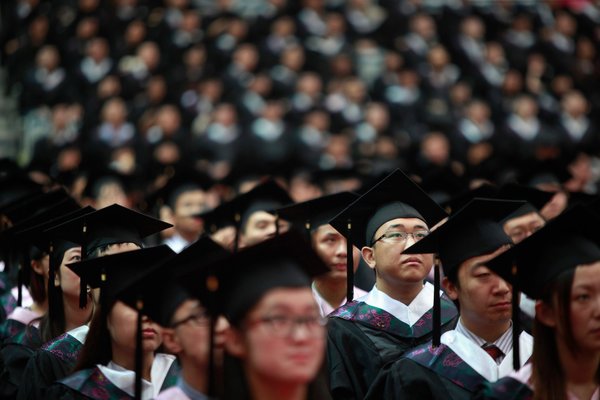 Media should take care to suitably disseminate the core points of related essays by Minister for Education Yuan Guiren and Chinese Academy of Social Sciences scholar Zhu Jidong, and should not issue or reprint criticisms or challenges. (February 9, 2015)

Yuan declared last month that textbooks must not be allowed to promote “Western values,” to “slander the leadership of the Communist Party of China,” or to “smear socialism.” Critics of his argument include former vice dean of Peking University Law School Shen Kui, who asked Yuan, “would it be possible for you to clearly delineate the line between ‘Western values’ from ‘Chinese values’?” Zhu Jidong subsequently chimed in in Yuan’s support, as The New York Times’ Dan Levin explains:

“Young teachers and students are key targets of infiltration by enemy forces,” [Yuan] wrote on Feb. 2 in the elite party journal “Seeking Truth,” explaining that “some countries,” fearful of China’s rise, “have stepped up infiltration in more discreet and diverse ways.”

But the government’s latest attempts to tighten controls over the nation’s intellectual discourse have raised concerns — and elicited rare open criticism — among teachers and students who reject the idea that foreign pedagogy and textbooks pose a threat to the government’s survival. Indeed, they note, one of the most vocal arguments against such controls came from the education minister himself.

[…] Party ideologues have counterattacked in the state media in recent days, demanding harsh punishment for would-be liberal enemies, including prominent entrepreneurs, lawyers, artists and professors. In an editorial on Wednesday, Zhu Jidong, an official in the National Cultural Security and Ideology Construction department at the China Academy of Social Sciences, argued that the authorities must “eliminate the teachers who often publish criticism attacking the party and socialism before we can truly uphold virtue and condemn evil.” [Source]

Yuan’s earlier stance, that the harmless return of countless Chinese students from the West debunks the supposed ideological threat, was echoed in a Global Times editorial last week.

In a guest commentary at Sinocism, China Copyright and Media’s Rogier Creemers reviews and analyzes recent moves to bring academia to heel, and their place in Xi Jinping’s broader campaigns of ideological rectification, political centralization, and “relegitimization” of Party rule:

There are quite a few reasons why the academy is targeted. First, it has internationalized more than any other professional group in China. Many well-regarded Chinese professors have either been educated abroad, or have spent considerable time outside China as visiting researchers. This considerable time spent living in a different political environment has provided them with a more nuanced understanding of social and political organization in other countries than can be gained in short trips. Second, they have considerable input into policymaking processes. China’s technocratic governance mode has often valued expert input more than public participation. This, therefore, provides academics with avenues to transform imported ideas into reality. Third, “patriotic worrying” is a part of Chinese intellectual tradition, which compels academics to relentlessly search out flaws in the China of the present in order to perfect the China of the future. Fourth, as educators, they are crucial in shaping the worldview of a new generation. However, the current generation of millennials (balinghou and jiulinghou) is already seen as rebellious and hedonistic, and it seems the leadership has decided that they’d better not be further confused. Remember: political protests in China over the last century, from May Fourth to Tiananmen, have tended to originate from universities. [Source]

At Agence France-Presse, meanwhile, Tom Hancock reports on efforts to harmonize elementary school as well as higher education. One focus is study of the war against Japanese invasion in the 1930s and 1940s, which forms an important element of the Communist Party’s image as national saviors. Taiwan’s defense ministry last week accused the CCP of exaggerating its own role in the conflict.