No Room for ‘Western Values’ in University Education 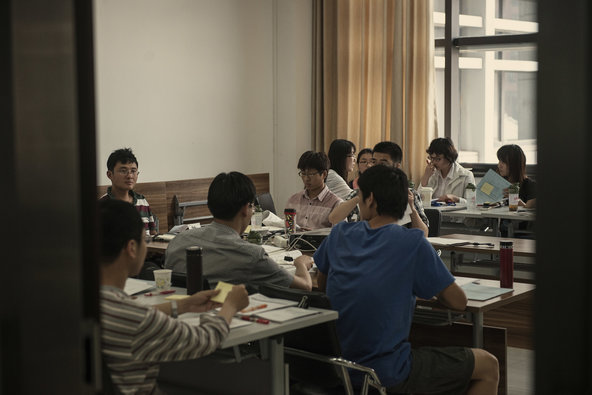 “Remarks that slander the leadership of the Communist Party of China” and “smear socialism” must never appear in college classrooms, he added according to Xinhua.

China’s universities are run by the ruling Communist party, which tightly controls discussions of history and other topics it construes as a potential threat to its grip on power. [Source]

The textbook ban is the latest in a series of moves taken by the Chinese government to tighten ideological controls within institutions of higher education. Chris Buckley at The New York Times reports:

The strictures on textbooks are the latest of a succession of measures to strengthen the Communist Party’s control of intellectual life and eradicate avenues for spreading ideas about rule of law, liberal democracy and civil society that it regards as dangerous contagions, which could undermine its hold on power.

On Jan. 19, the leadership issued guidelines demanding that universities make a priority of ideological loyalty to the party, Marxism and Mr. Xi’s ideas.

[…] “Higher education has been designated as a major battleground of ideological struggle,” Zhang Xuezhong, a lawyer in Shanghai who was banned from teaching in 2013 because he was deemed to be spreading dangerous ideas, said in a telephone interview.

“This won’t be the final step; there’ll be more to come,” Mr. Zhang added. But he said Chinese society was so diverse and exposed to outside information, even with censorship, that enforcing Marxist purity was nigh impossible. [Source]

A commentary by Xu Lan, an official with the publicity office of Ningbo, Zhejiang province, and posted on Qiushi’s website, criticised Peking University legal professor He Weifang for defaming the mainland’s legal system through promoting “the rule of law” on Weibo.

Xu also assailed well-known painter Chen Danqing, who also uses his Weibo account to criticise the current state of civil society on the mainland while glossing over US culture. Chen appeared to be “inducing Chinese people to go to the US”, Xu wrote.

[…] “It will be a disaster if we fail to set up standards and a bottom line to prevent high school and university teachers spreading Western values through internet platforms to defame our communist ideology,” Xu wrote. [Source]

Reuters’ Megha Rajagopalan has more on Xu Lan’s attack against liberal academics and their response to the incident:

The journal Qiushi said some people had made discrediting China “fashionable” and they constantly stood in opposition to mainstream values “regardless of the actual facts”.

The journal called on universities to “resist the influence of hostile powers”. It singled out Peking University law professor He Weifang saying he “goes on and on about constitutional government” on social media.

Reached by telephone on Monday, He said he had no comment beyond a response posted on his microblog, in which he said the Qiushi article was “not only narrow-minded but also ignorant”.

“Can a few academics and a bunch of microblogs really discredit China?” he said in the posting.

“What really discredits China is just this kind of repressive speech and behavior.” [Source]

Last week, the State Council and the General Office of the Communist Party’s Central Committee ordered universities to require students to take ideological courses in response to Xi’s call for greater “ideological guidance” in universities across the country. Read more about the Xi administration’s efforts to promote ideological orthodoxy in the Party, press, and society at large, via CDT.