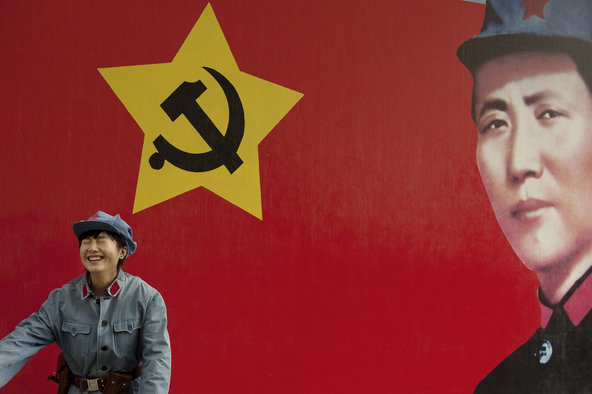 Amid the Xi Jinping administration’s efforts to promote ideological orthodoxy in the Party and society at large, three prestigious Chinese universities recently pledged to uphold Party ideals. At Reuters, Sui-Lee Wee reports that Xi Jinping has now called for greater “ideological guidance” in the nation’s universities:

Xi said universities had to “shoulder the burden of learning and researching the dissemination of Marxism”, Xinhua state news agency said.

Xi called on the authorities to step up the party’s “leadership and guidance” in universities as well as to “strengthen and improve the ideological and political work”.

The campuses should “cultivate and practice the core values of socialism in their teaching”, Xi said.

Curricula and speech at Chinese universities are tightly controlled by the government, though students have at times pushed the limits, including during the 1989 Tiananmen Square pro-democracy protests that were brutally suppressed by the army. [Source]