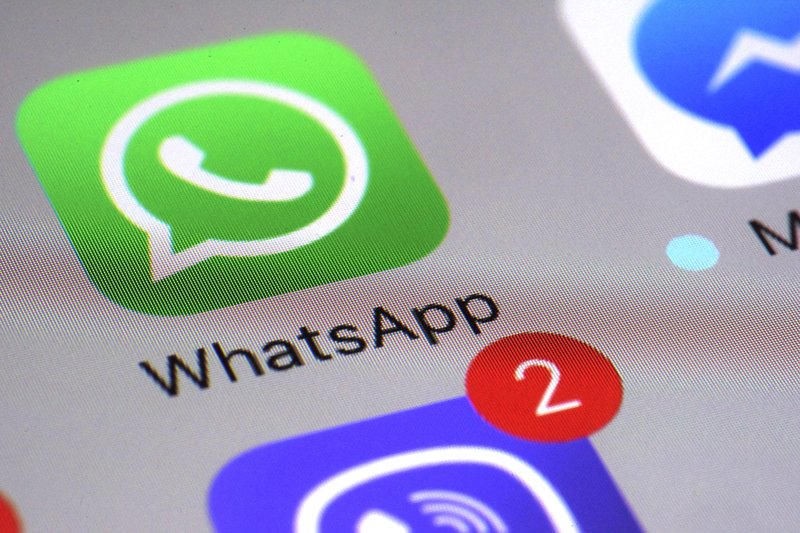 WhatsApp, which is owned by Facebook and offers end-to-end encryption, has a relatively small but loyal following among users seeking a greater degree of privacy from government snooping than afforded by popular domestic app WeChat, which is ubiquitous but closely monitored and filtered.

[…] Nadim Kobeissi, a cryptography researcher based in Paris who has been investigating the WhatsApp disruption, said he believed The Great Firewall was only blocking access to WhatsApp servers that route media between users, while leaving servers that handle text messages untouched. He said voice messages also appeared to be blocked.

But there was no evidence to suggest that Chinese authorities were decrypting WhatsApp messages, Kobeissi added.

A Chinese censorship researcher known by his pseudonym Charlie Smith said authorities appeared to be blocking non-text WhatsApp messages wholesale precisely because they have not been able to selectively block content on the platform like they have with WeChat, which is produced by Shenzhen-based internet giant Tencent and legally bound to cooperate with Chinese security agencies.

Because WhatsApp content is encrypted, “they have moved to brute censor all non-text content,” Smith said in an email. “It would not be surprising to find that everything on WhatsApp gets blocked, forcing users in China to use unencrypted, monitored and censored services like WeChat.” [Source]

Viola Zhou and Mimi Lau report on difficulties encountered by the South China Morning Post while testing WhatsApp on Tuesday:

In a test conducted by the South China Morning Post in the afternoon, two users registered with mainland Chinese mobile numbers were unable to send videos or pictures to each other via WhatsApp.

One of the users then tried, and failed, to send the video and photo files to an overseas number. When that person tried to send a photo to the mainland Chinese user from overseas, the message was ­received but the photo was only displayed as a loading thumbnail.

There was no problem sending and receiving text messages, and all services appeared normal when connected to a VPN.

[…] A member of a non-governmental labour welfare group in Shenzhen, who did not wish to be named, told the Post he had been unable to use Whats­App since 8am, but other apps on his phone, including WeChat, were fine. He regularly uses WhatsApp to communicate for work as the messages are encrypted. “WhatsApp is much safer than WeChat,” he said. “Today I didn’t talk to my colleagues at all. It’s very confusing.” [Source]

The incident comes amid a politically sensitive time in China, with authorities on high alert ahead of the critical 19th Party Congress scheduled for this autumn. The disruption of WhatsApp is the latest in a series of efforts undertaken by the government in recent months to tighten internet control. Authorities have clamped down on VPN use by shutting down existing services and removing them from app stores. Telecommunications carriers have reportedly been ordered to block individual access to VPNs by February 2018. Following the death of Liu Xiaobo last week, censors further expanded mobile censorship to include image filtering to purge mentions of the late Nobel Peace Prize laureate. The New York Times’ Paul Mozur looks at how recent events may have led to the partial blocking of WhatsApp:

The news environment has intensified the government’s online scrutiny. In recent weeks, the Chinese dissident Liu Xiaobo died in detention. A Chinese billionaire in the United States accused senior leaders of graft, using his platform on Twitter. And Hong Kong commemorated the 20th anniversary of its handover to China.

[…] To complicate matters, the 19th Party Congress — where top leadership positions are determined — is just months away. The government puts an increased emphasis on stability in the run up to the event, which happens every five years, often leading to a tightening of internet controls.

WhatsApp, which had generally avoided major disruptions in China despite the full block of Facebook and Instagram, appears to have become a victim of those circumstances.

[…] The apparent crackdown is part of the jockeying among Chinese ministries ahead of this autumn’s congress to show that they are doing their job, according to a government tech policy adviser who declined to be named because of possible retribution over speaking to foreign news media. While there is a real push to make it harder to use VPNs, he said the new rules set to take effect next year are unlikely to be so extreme that they entirely prevent individuals from being able to use such tools. [Source]

WhatsApp did not immediately respond to requests for comment, and Chinese foreign ministry spokesman Lu Kang also declined to comment when questioned by reporters on Tuesday.

Asked about WhatsApp being blocked in China today, a spokeswoman just told us "we are not commenting on this."

Will Facebook react to WhatsApp partial block in China? Use tech to unblock service? Work with authorities to self-censor? Or do nothing?