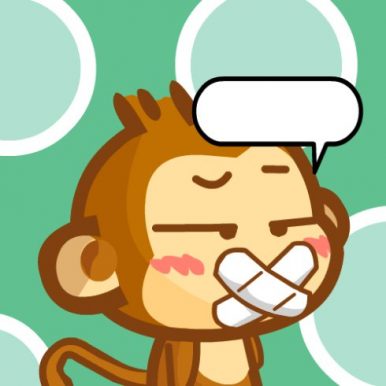 A popular Chinese virtual private network provider, GreenVPN, has ceased operation after being ordered by authorities to shut down. VPNs are one of the main circumvention tools used by Chinese netizens to bypass the Great Firewall and gain access to censored content and banned overseas websites such as Facebook and Youtube. Christina Larson at Bloomberg reports:

GreenVPN sent a notice to customers that it would stop service from July 1 after “receiving a notice from regulatory departments,” without elaborating on those demands. VPNs work by routing internet traffic to servers in another location, such as the U.S., that is beyond the reach of Chinese filters.

[…] Over the weekend, some users of GreenVPN on Apple Inc. iPhones reported that it failed to load, with the timing coming on the 20th anniversary of the handover of Hong Kong from Great Britain to China.

[…] While icons for GreenVPN and SuperVPN were visible in Apple’s App Store on Monday, users reported trouble downloading or turning them on. It wasn’t clear if this was due to a technical glitch, or the apps being disabled.

Calls to SuperVPN’s foreign offices went unanswered outside of business hours. Apple didn’t immediately respond to requests for comment. GreenVPN, whose China websites were in maintenance mode, did not display information for contacting the company. [Source]

GreenVPN’s termination signals the latest phase of tightened controls on VPNs as a part of an ongoing operation launched in January by the Ministry of Industry and Information Technology to regulate internet access service providers. A number of other major VPN apps have already been taken down earlier this year: the 20th anniversary of the handover of Hong Kong and Guo Wengui’s sensational allegations against members of the Communist Party ahead of the 19th National Congress may have played a role in the timing of the VPN shut down. From Global Voices’ Oiwan Lam and Jack Hu:

Green is just one of the VPNs that appears to be facing a mandatory shutdown. VPN providers including Netfits, VPN Master Pro, Ponhon, Snap VPN, SkyX, among others have disappeared from Apple and Android app stores over the past few months.

[…] Chinese human rights activist Hu Jia believes that the ban is related to the upcoming 20th anniversary of Hong Kong being handed from British to Chinese power, which falls on July 1. A few months later, the 19th National Congress of the Communist Party of China will meet in November.

[…] Others believe that the move is related to Chinese billionaire Guo Wengui’s corruption allegations against top Chinese official Wang Qishan, the secretary of Chinese Communist Party’s anti-corruption agency. Guo Wengui himself believes this too. In a reply to Mr. Sun’s comment about the VPN ban, he said:

Dear Mr. Sun: The ban on VPNs is another incident similar to the ban on Voice of America. It is another gift from the heaven… The more furious and mad they become, the stronger we become. All the stupid acts that they have done will only help our fellows in mainland China to wake up. The wall will fall. Friends from the international society are now more willing to fight with us. Everything has just begun. [Source]

China’s TV and film watchdog, the State Administration of Radio, Film, and Television said in a statement published on its website on June 22 that the websites have “broadcasted a lot of multimedia programs that either are not complying to national regulations or are promoting negative social commentaries.” Thus the State Administration required the websites to shut down these programs, “in order to create a clearer network space for the majority of netizens.”

Under pressure, Sina Weibo announced later that users without a license are not allowed to upload audio-visual content. Unsurprisingly, the company’s stock price on the Nasdaq Stock Market dropped 4.83 percent on June 22. [Source]

The Economist has more:

AcFun responded immediately. It vowed to tighten its controls over content streamed through its site. Sina Weibo announced that only users with the required licence would be allowed to upload audio and video programmes. iFeng quietly removed all of its current-affairs videos, including those of Phoenix TV, its Hong Kong-based parent. The only ones that remain on the site—once renowned for its political coverage (albeit rarely critical of the Communist Party)—relate to topics such as sport, beauty and fashion.

The crackdown is part of the government’s long-running battle against the spread of uncensored information through the internet. It is becoming increasingly willing to risk collateral damage: better to stop teenagers from watching singing holograms than let them see an unauthorised performance by a human being who proves careless with her words about the party.

It is not yet clear how the move against the three companies will affect the many millions of people who enjoy live-streaming themselves, often to make money from digitally proffered tips. Many of them are young women who sing or dance for their internet audiences. Last year the government banned lewd behaviour in such performances (“seductive” eating of bananas, for example). Sina Weibo, however, has said that only “programmes” were covered by the licence requirement—implying that wriggle-room still existed for individuals to stream themselves flirting. [Source]

A number of Chinese mobile app providers and media companies have also deleted hundreds of mobile video platforms and terminated the contracts of thousands of journalists, according to Yuan Yang at Financial Times. Firms that yielded to the government’s censorship demand include Tencent, Alibaba and Baidu.

The current crackdown follows a series of regulations introduced last year to tighten control over China’s television and video content and broadcast industry. In March 2016, regulators banned television dramas that depict homosexuality and other “abnormal sexual behavior.” (The issue of onscreen homosexuality has flared up again in recent days, as a post at Sixth Tone and several at What’s On Weibo describe.) In April, regulatory officials prohibited children from participating in reality television shows and temporarily censored popular video blogger Papi Jiang for using foul language. Chinese authorities also introduced plans to allow state-owned enterprises to take “special” stakes in video streaming websites that would enable them to oversee content production. Most recently, China’s state media regulator issued an order requiring all live streaming platforms to obtain “network broadcasting licenses” in order to operate. At Reuters, Adam Jourdan reports that China introduced another set of online media and entertainment rules over the weekend that will require more stringent government vetting and place greater emphasis on content that sing praise to socialist values.

At least three “auditors” will have to check all movies, dramas, documentaries and animations posted online to ensure they adhere to “core socialist values”, the industry body the China Netcasting Services Association (CNSA) said.

The rules, which build upon guidelines released in 2012, come as authorities are cracking down on online content such as literature, livestreaming, news and social media – a broad campaign aimed at controlling social discourse online.

[…] Under the new guidance, which comes into immediate effect, censors should check that content adheres to proper Chinese values and strive to tell Chinese stories to help “realize the China dream of a great rejuvenation of the Chinese nation.”

Content should “sing the motherland, eulogize heroes, celebrate our times in song, and lead the people to hold the correct historical, ethnic, national and cultural view”.

Programs that undermined a respectful national image, ridiculed leaders, promoted negative or decadent views of life and showed the “dark side” of society would be edited, or in severe cases stopped. [Source]