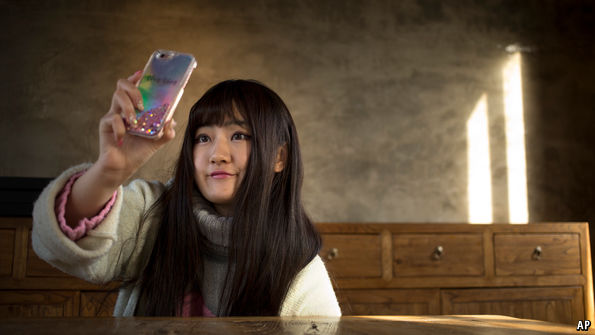 Live streaming is extremely popular on the Chinese mainland, running the gamut from sporting events to eccentric personalities with their own shows.

But now all of the providers must be licensed if they want to stream individual live shows or news, variety, sports, interviews or current affairs ­programmes.

Prior permission from provincial authorities will also be needed to broadcast major live political, military, economic, social or cultural events.

[…] To qualify, applicants must be state-owned or state-controlled and have 10 million yuan (HK$11.6 million) in registered capital, ­according to a report by China International Capital ­Corporation.

Bigger streaming companies might get around the rules by teaming up with a company that already has a licence, but smaller players might be pushed out of the market, according to report. [Source]

The Economist looks at some of the additional ways authorities have curbed online live streams and why the government is so wary of the potential impact of these online platforms:

MOST days Wang Leyu broadcasts himself live for five hours, and sometimes all night. While he talks on camera about his life or hums a tune or dances, viewers watching on their phones write messages that pop up on his screen. Occasionally a bright icon flashes, meaning a fan has paid money to send him a virtual sticker as a tip.

[…] The authorities are watching, too. In April the Ministry of Culture launched an investigation into whether live-streaming is “harming social morality”. In May it banned lewd behaviour on streaming sites, including the “seductive” eating of bananas. In August the Cyberspace Administration of China, the main internet regulator, announced that platforms must monitor the content they host and keep recordings, including copies of on-screen comments. The stated aim of this rule was to help prevent the broadcast of anything deemed pornographic or otherwise illegal. But it is likely that officials also want to deter people from discussing politically sensitive topics.

[…] Mr Wang, the student live-streamer, earned 500 yuan ($75) last month from his account on Douyu—a couple of days’ wages for the average worker in Beijing. But he says it is not the money that motivates him. “Everyone wants people to like them,” he says. “I can share my happiness but also my pain.” It is the ease of connection with like-minded people and the potential size of audiences that encourages so many Chinese to broadcast themselves online. That is also what makes the government nervous. [Source]

A district court in Beijing has sentenced the CEO of QVOD, the company behind the now-defunct video-streaming application Kuaibo, to 42 months in prison and fined 1 million yuan ($150,000).

Besides company head Wang Xinbei, three senior executives were also given prison terms and fines at Tuesday morning’s sentencing at the Haidian District People’s Court. The company itself, Shenzhen QVOD Technology Co. Ltd., was ordered to pay a fine of 10 million yuan.

The sentencing was broadcast live on chinacourt.org, a government-run website that provides coverage of judicial news around the country. The first court hearing of the QVOD case on Jan. 7 was also streamed online, attracting more than a million viewers. Live updates on the second hearing on Friday were posted on social media through text and photos.

Kuaibo was once one of the most widely used video-streaming platforms in China, allowing users to watch videos that were pirated. After the company’s offices in Shenzhen, in southern China’s Guangdong province, were raided in April 2014, the Kuaibo website, computer program, and smartphone applications were taken offline. [Source]