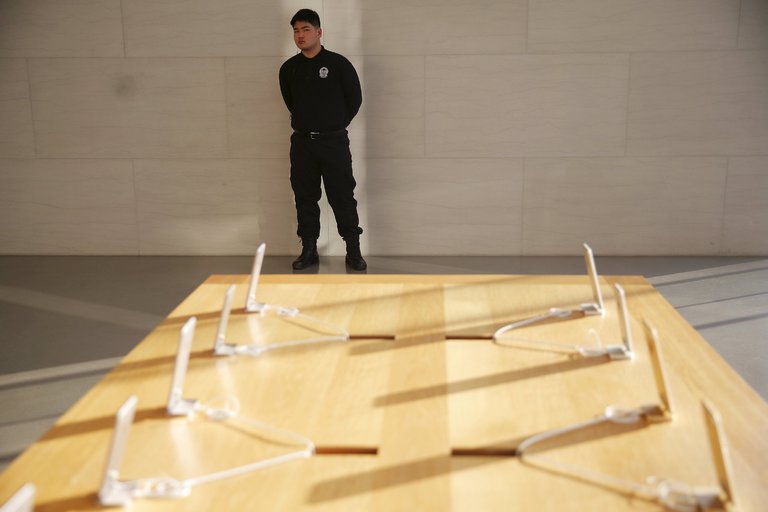 As China promotes its vision of internet management abroad, including in Moscow last month, The Washington Post’s Simon Denyer writes that it offers a “scary lesson to the world: censoring the internet works.”

[…] Far from knocking down the world’s largest system of censorship, China in fact is moving ever more confidently in the opposite direction, strengthening the wall’s legal foundations, closing breaches and reinforcing its control of the Web behind the wall.

Defensive no more about its censorship record, China is trumpeting its vision of “Internet sovereignty” as a model for the world and is moving to make it a legal reality at home. At the same time — confounding Western skeptics — the Internet is nonetheless thriving in China, with nearly 700 million users, putting almost 1 in 4 of the world’s online population behind the Great Firewall.

[…] “This path is the choice of history, and the choice of the people, and we walk the path ever more firmly and full of confidence,” China’s Internet czar, Lu Wei, boasted in January.

[…] “The consequences for China in what we might call the creative economy will be substantial, the consequences in terms of China’s soft power will be substantial, but for the economy as a whole, it isn’t necessarily decisive,” said Lester Ross, partner in charge at the Beijing office of WilmerHale, a leading global international law firm, and a senior member of the American Chamber of Commerce in China.

In any case, for China’s current leadership, other policy objectives — national security and keeping the party in power — trump concerns about the deleterious effects of the government’s heavy hand on the Internet, Ross said. [Source]

At The Wall Street Journal last week, on the other hand, American Chamber of Commerce in China chairman James Zimmerman labeled the country’s internet controls “a counterproductive effort that is impeding China’s business growth.”

Almost 80% of American and European companies polled by the American Chamber of Commerce in China agree that censorship and Internet restrictions significantly interfere with their ability to operate in China. With eight of the world’s 25 most popular websites blocked in China, it’s no surprise the U.S. trade representative has listed Internet restrictions as a barrier to trade that hurts not just foreign companies but China itself.

[…] In addition to fueling distrust and paranoia, restrictive policies limiting access to information puts China and Chinese companies at a significant disadvantage in the global marketplace. Innovation is one of the five central themes of Beijing’s 13th Five-Year Plan, and innovation requires the sharing of information, not just within China but around the world.

Overbroad Internet policies potentially isolate Chinese technologically from the rest of the world, limiting the country’s access to cutting-edge technology and global ideas and inventions. Excessive control over email and Internet traffic risks slowing, if not altogether halting, legitimate commerce. To attract and promote world-class commercial enterprises and promote economic development, Beijing needs to encourage the use of the Internet as a crucial medium for sharing information and ideas.

[…] Efforts to restrict access to information and censorship are only brief, momentary measures that will never fully curb the ambitions and creativity of its own people. At some point the current leadership’s restrictive policies will come into question and be resigned to anachronistic footnotes in history. [Source]

At the University of Nottingham’s China Policy Institute Blog, David Kurt Herold of Hong Kong Polytechnic University gave a relatively sympathetic account of China’s online “new normal.” “I regard all censorship of information as bad,” he emphasized, while wondering “why should access to the corporate offerings of a handful of US Internet companies equal freedom of online information?”

While the Hu/Wen era could be described as a time during which netizens were able to challenge the power of the party-state, in Xi Jinping’s China, the party (re-)established control over the Internet, ironically arguing that “the Internet is not above the law. Where there is cyberspace, there is rule of law”. This rule of law as applied to China’s online spaces has mainly been enforced and emphasised along three interrelated axes:

[…] As David Bandurski points out, it is far too early to arrive at a final conclusion on whether these developments constitute a new and definite Chinese way of managing the Internet, or just another political campaign that will fizzle out like many previous attempts at bringing order to Chinese cyberspace.

However, while these speculations will keep researchers busy for the foreseeable future, it is interesting to note that despite the increased censorship of political aspects of the Internet, other facets are as free as ever: It is still very easy to acquire fake versions of branded products over the Internet, or to download software, music, movies, or TV shows. […] It might be good for future research on the Chinese Internet to revisit their definitions of ‘freedom’ and ‘desirable government control’, when it is less problematic to download the newest Hollywood blockbusters for free in China than in Europe or the USA.

Is the Chinese Internet only ‘free’ if it permits and forbids the same actions European and American jurisdictions do? [Source]

Chinese authorities are quietly scrutinizing technology products sold in China by Apple and other big foreign companies, focusing on whether they pose potential security threats to the country and its consumers and opening up a new front in an already tense relationship with Washington over digital security.

Apple and other companies in recent months have been subjected to reviews that target encryption and the data storage of tech products, said people briefed on the reviews who spoke on the condition of anonymity. In the reviews, Chinese officials require executives or employees of the foreign tech companies to answer questions about the products in person, according to these people.

The reviews are run by a committee associated with the Cyberspace Administration of China, the country’s Internet control bureau, they said. The bureau includes experts and engineers with ties to the country’s military and security agencies.

[…] It is not clear specifically what Chinese authorities are demanding as part of the process. There is no indication that foreign companies have provided access to highly guarded material such as source code — the digital underpinnings of software — or other commercial secrets. [Source]

Companies including Microsoft and IBM have provided supervised access to source code in the past. Apple’s general counsel, on the other hand, recently testified that the company had rejected recent Chinese requests for source code.

The Times report continued to describe recent statements by Xi on China’s relationship with foreign technology companies, and on “which things can be imported but have to be secure and controllable; which things may be imported, digested and absorbed for re-innovation; which things can be developed in collaboration with others; and for which things we must rely on our own strength and indigenous innovation.” In a subsequent China Daily op-ed, Fudan University’s Shen Yi complained that the report distorted Xi’s remarks; ignored the welcome he extended to foreign tech companies “as long as they abide by Chinese laws and regulations”; and neglected to mention the “emphasis on ‘openness’ that he mentioned nearly ten times.”

Meanwhile, new rules to control domestic online video content have surfaced this week, continuing a steady stream of regulation and enforcement this year. From the AFP:

New regulations being considered by China‘s censorship authority would allow a select list of SOEs to buy “special management stakes” of up to 10 percent in the country’s popular video streaming websites, giving them the right to oversee production and decision-making, respected business magazine Caixin reported.

The Chinese-language report was later removed from Caixin’s own website, although the text was widely reposted elsewhere.

[… Global Times] cited communications law professor Zhu Wei as adding that the new mechanism would be a preventive measure capable of blocking objectionable content before it was even released, unlike current regulations which only punish perpetrators after the fact.

[…] The State Administration of Press, Publication, Radio, Film and Television (SAPPRFT) met with video websites last week to discuss the plans, and suggested non-binding agreements between them and the SOEs as soon as June 10, Bloomberg News reported.

Some websites present at the meeting objected, but it remained unclear what the consequences of non-participation might be, it added. [Source]