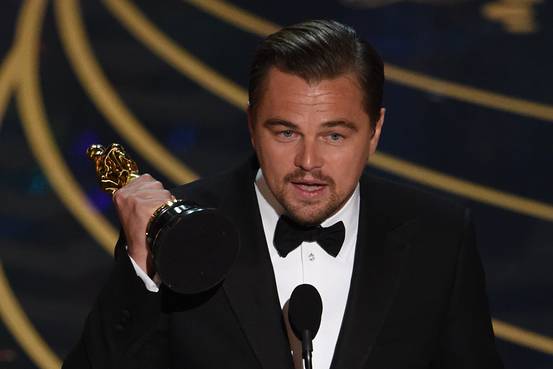 At The Hollywood Reporter, Patrick Brzeski reports that Chinese online streaming site iQiyi cancelled a planned live bilingual broadcast of this year’s Oscars ahead of Sunday’s event, removing one of the main viewing options available to Chinese audiences tuning in to the 88th Academy Awards.

On the eve of Oscars night in China, local streaming video service iQiyi abruptly suspended plans to broadcast the awards live online across the country.

A spokesperson for iQiyi confirmed the cancelation to The Hollywood Reporter, but declined to comment. Reports of the sudden change of plans began spreading Sunday night across Chinese social media. As of last week, the company had been expected to air a bilingual live broadcast of the 88th Academy Awards. A cursory search of the iQiyi site shows no sign of live Oscars coverage.

That left Chinese film aficionados with few options. A state-run online movie portal called m1905.com streamed the awards show Monday, but with a roughly 15-minute delay. When China Real Time watched the online broadcast, the screen frequently broke away from the live broadcast of the show and instead ran trailers of the nominated films, along with a message stating that it had lost the signal from the awards ceremony venue. The site live-streamed last year’s ceremony exclusively in mainland China.

It isn’t clear why the show’s streaming channels were limited. A person close to the websites said the cancellations were the result of the companies’ “consideration of policy risks,” without elaborating. [Source]

Online speculation pointed to the nomination of two documentary films with politically sensitive themes, Global Times reported. The original Global Times article has been deleted but a copy of the original web page cached by Google is still available.

Speculation on Sina Weibo attributed the cancellation of the broadcast to the nomination of two films, Winter on Fire: Ukraine’s Fight for Freedom and Racing Extinction. Winter on Fire: Ukraine’s Fight for Freedom is one of this year’s nominees for Best Documentary Feature. The film depicts the Ukrainian revolution from the perspectives of diverse groups of people, according to the Website of the awards’ presenter, the Academy of Motion Picture Arts and Sciences. [Source]

On Twitter, William Farris tweeted that the Chinese name of the documentary film Winter on Fire is now blocked on Sina Weibo and Baidu.

[…] Li Jingsheng, head of the television drama management division of the State Administration of Press, Publication, Radio, Film and Television, said in a keynote speech at yesterday’s annual meeting of the National Television Industry Annual Conference that the watchdog would step up regulation of shows produced and broadcast on the internet, the web portal Sina.com reported.

[…] The watchdog would come up with regulations, including one to ensure the censor’s standards for television programmes matched those of online programmes, Li said. “What cannot be aired on television must not be shown on the internet.” Li added.

Censors hired by video websites will need to be trained and tested by the watchdog, with censoring carried out 24 hours a day. [Source]

Fergus Ryan at China Film Insider discusses the current state of the country’s online video streaming industry and the role of web dramas within it.

Much like their counterparts in the West such as Netflix, Amazon, and Hulu, Chinese video sites like Le.com (formerly known as letv.com) and iqiyi.com, have been directing more of their resources toward original programming, often with a more risqué flavor than what is found on traditional TV.

Some Chinese web dramas have made the leap from online to the silver screen as local studios bet that their built-in fan base will translate into box office success.

[…] Online dramas and comedies are also a reliable proving ground for acting talent, with many up and coming stars first cutting their teeth online before making the leap to film.

Lu Zhengyu, a post-80s actor and director who made his name directing and starring in the offbeat online comedy on Youku Tudou, starred in his protégé Stephen Chow’s The Mermaid. [Source]