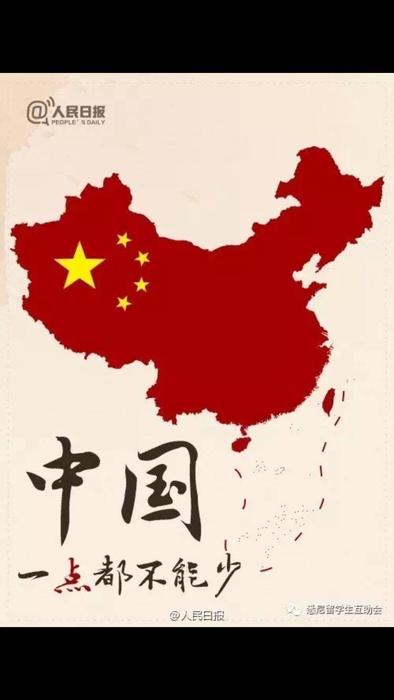 A recent China-India border dispute is playing out at the University of Sydney with a group of international Chinese students upset at a lecturer for using a contested map showing part of Tibet as Indian territory. Andrea Booth at SBS reports:

A WeChat account of a University of Sydney Chinese student group denounced IT lecturer Dr Khimji Vaghjiani for using a map showing India controlled territory on the border with China.

[…] In a comment, James Li said students should quit the class in protest. Another commenter, going by the name of Ann, suggested students, “Complain to the university or inform the Chinese Embassy in Australia” while an unidentified user called for a review into how the China-India border was depicted on maps issued in Australia.

[…] Troops from both the nuclear-armed Asian giants have been in a standoff for two months on disputed border area at the Doklam plateau, next to the Indian state of Sikkim, which borders China, high in the Himalayan region.

It began when Chinese troops with road building equipment entered Donglong area in the Doklam plateau where a border between Bhutan and China has not yet been demarcated. [Source]

Mr. Vaghjiani has since apologized for using the map and said that he was “unaware that the map was inaccurate and out of date,” reports Alice Yan at South China Morning Post.

Vaghjiani apologised for the mistake, and for any offence that might have been caused.

“Over 18 months ago, I used an out-of-date map, downloaded from the internet, when discussing characteristics of IT entrepreneurs around the world, however I was unaware that the map was inaccurate and out of date. This was a genuine mistake and I regret any offence this may have caused,” he said.

“The current learning materials for this course … are up to date and do not contain this map,” he added.

[…] Not everyone was upset, however, with several people pointing out that the incorrect map was still available online and had been used in lectures many times before.

“The part people are concerned about on the map is too small. I can’t spot it,” a person said. [Source]

The incident is the latest case this year involving criticism from the Chinese community against perceived slights from Australian academic staff. The current row also comes a week after Chinese-Australians protested against India with a car parade. From Primrose Riordan at The Weekend Australian:

Earlier this month, an Australian National University lecturer said he had made a “poor decision” after translating a warning about cheating into Mandarin.

In May, Monash University suspended a lecturer and decided to review an entire course after the academic included a question making fun of Chinese officials in a quiz.

[…] The controversy comes after a Sydney Chinese Australian automobile club organised a convoy trip through Sydney on August 15 to protest India’s position on the border dispute.

[…] The cars also sported slogans such as “Anyone who offends China will be killed no matter how far the target is”, “Borderline is our baseline” and “China: Not even a bit can be left behind”, according to reports on SBS Chinese and Sydney Today. [Source]

Elsewhere, a lecturer at the University of Newcastle has come under fire for using course material that refers to Taiwan and Hong Kong as “countries.” Elizabeth Redden at Inside Higher Ed reports:

A lecturer at the University of Newcastle, in Australia, has come under criticism in the media after Chinese students complained about the use of teaching materials that referred to Taiwan and Hong Kong as separate countries, The Australian reported. A Chinese-language newspaper, Sydney Today, posted a reported exchange between the lecturer, who was not named, and a student.

“You have to consider all the students’ feelings … Chinese students are one-third of this classroom, you make us feel uncomfortable … you have to show your respect,” the student is heard saying on the recording.

The lecturer is heard saying, “If you feel offended about it, that is your opinion.”

The university said in a statement that the lecturer was using material from a Transparency International report “which used the term ‘countries’ to describe both countries and territories.” Beijing regards Taiwan as a breakaway province that will eventually be reunited with the Chinese mainland. Hong Kong is a special administrative region within China. [Source]

There as been growing concern in recent years over Chinese influence in Australia –and elsewhere–as Beijing exports its sway through the use of soft power. Earlier this month, an announcement by Cambridge University Press that they had ceded to a government request to make over 300 articles from China Quarterly inaccessible to readers in China was met with outrage online. The CUP has since reversed the decision, but the incident has raised concerns over China’s influence over academia and publishing abroad.