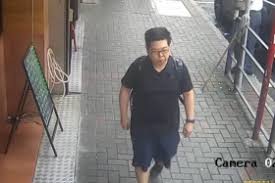 Howard Lam Tsz-kin, a member of Hong Kong’s Democratic Party, gave a press conference last week in which he recounted being dragged into a car while shopping, violently attacked including having his legs stapled in cross formations 21 times, and dumped on a remote beach. Lam claimed that his attackers were agents of the Chinese government trying to prevent him from contacting Liu Xia, the wife of late Nobel Peace laureate Liu Xiaobo, to give her a signed photograph of Argentinian soccer player Lionel Messi. The dramatic story escalated concerns about Beijing’s increasingly heavy hand in Hong Kong and the security of mainland critics in Hong Kong.

Soon after Lam’s press conference, where he showed his stapled legs, FactWire obtained CCTV footage from stores in the area where Lam claimed to have been attacked, and found that he was walking alone with no assailants in sight. Lam disavowed the videos, but has since been taken into police custody and may be charged for providing false evidence. Austin Ramzy reports for The New York Times:

[..S]erious doubts have since been raised about the case. On Tuesday morning, the police arrested Mr. Lam, 42, on suspicion of providing false evidence and misleading investigators.

The police gave no indication of what they believed Mr. Lam’s motivation was.

[…] FactWire, a local investigative news agency, compiled security video that appeared to show Mr. Lam heading home from shopping on his own, with no signs of a kidnapping.

Mr. Lam told the news agency that the time stamps on the videos were wrong and that he was not the person who appeared in most of the snippets wearing a hat and mask. [Source]

FactWire can reveal that multiple CCTV clips appear to show Lam leaving Portland Street, where he was allegedly abducted and forced into a car, at around 5pm. Alone and unscathed, Lam put on a cap, surgical mask and sunglasses before walking back towards Hamilton Street and then towards Nathan Road. No suspicious persons mentioned by Lam were seen during the three-minute walk.

To reconstruct the incident, FactWire collected nine items of CCTV footage from six shops on Portland Street near Hamilton Street and Pitt Street, showing various locations between 3pm to 7pm on the day of the incident. Lam appears in seven of the nine clips.

One clip captured by a shop camera on the corner of Portland Street and Hamilton Street, which points at the store from which Lam bought the shirt, shows him emerging from the shop at 5:41pm.

[…] Two other clips obtained from a restaurant along the same pavement then show that he starts walking back towards Hamilton Street at 5:44pm. With his head down, the man keeps on walking and eventually turns right onto Nathan Road.
[Source]

Kris Cheng at HKFP has more on possible police charges against Lam, who was hospitalized after reportedly falling ill during questioning:

[Acting Police Commissioner] Alan Lau said Lam’s accusations of false imprisonment, intimidation and assault were serious, and the police had launched an investigation into the claims.

“Our conclusion after an investigation was that the information provided by the person who reported the case did not match with the information obtained by the police – thus we arrested the person,” Lau said. “We will consider formally charging him.”

Lau said the police will investigate Lam’s motives from all angles.

Under the Police Force Ordinance, anyone who makes a false report to the police or misleads officers by giving false information is guilty of an offence, and liable to a fine of HK$1,000 and imprisonment for six months. [Source]

The Democratic Party, which had supported Lam and organized his press conference, has been criticized by pro-establishment politicians for initially backing up Lam’s claims. Tony Cheung and Kimmy Chung of South China Morning Post report:

Commentators and lawmakers across the political spectrum were openly critical, with some calling for an apology from the pan-democrats for wantonly spreading fear. The veterans had undermined their party’s position and credibility, critics said.

Pro-establishment lawmakers asked them and other pan-democrats to clarify whether they did their best to verify Lam’s claims.

[…] Speaking after an emergency meeting of the party’s central committee on Tuesday, the Democrats’ chairman, Wu Chi-wai, said the group had wholeheartedly believed Lam’s account and had studied his wounds.

“We held a press conference for his own safety,” Wu said. [Source]

Wu said the party would hold off on passing judgment until the police investigation had concluded, telling HKFP: “Lam should be given the legal rights that he has under the law…When there is a conclusion to the incident, the Democratic Party will respond to the public in a serious manner.”

Prior to this incident, Lam was not widely known as a democracy activist in Hong Kong, though he had been involved with pro-democracy activities since 1989 when he was a teenager. Since then, he has been caught up in political infighting within the Democratic Party, according to a report by Jeffie Lam and Kimmy Chung in the SCMP.

Meanwhile, while stapling one’s body has become a fad among self-harming teenagers in Hong Kong and elsewhere, police say it is not a known form of torture, according to the SCMP:

“Triads torture people by slicing off fingers or arms with a knife or beating up the person with a baseball bat. I have never seen a case where staples were used,” one officer said.

He said while it was obvious that stapling someone caused pain, he doubted if the act was extreme enough to be used as an instrument of torture.

The other officer said he heard of self-harm cases involving students, but the acts only involved one or two staples punched into their limbs. [Source]