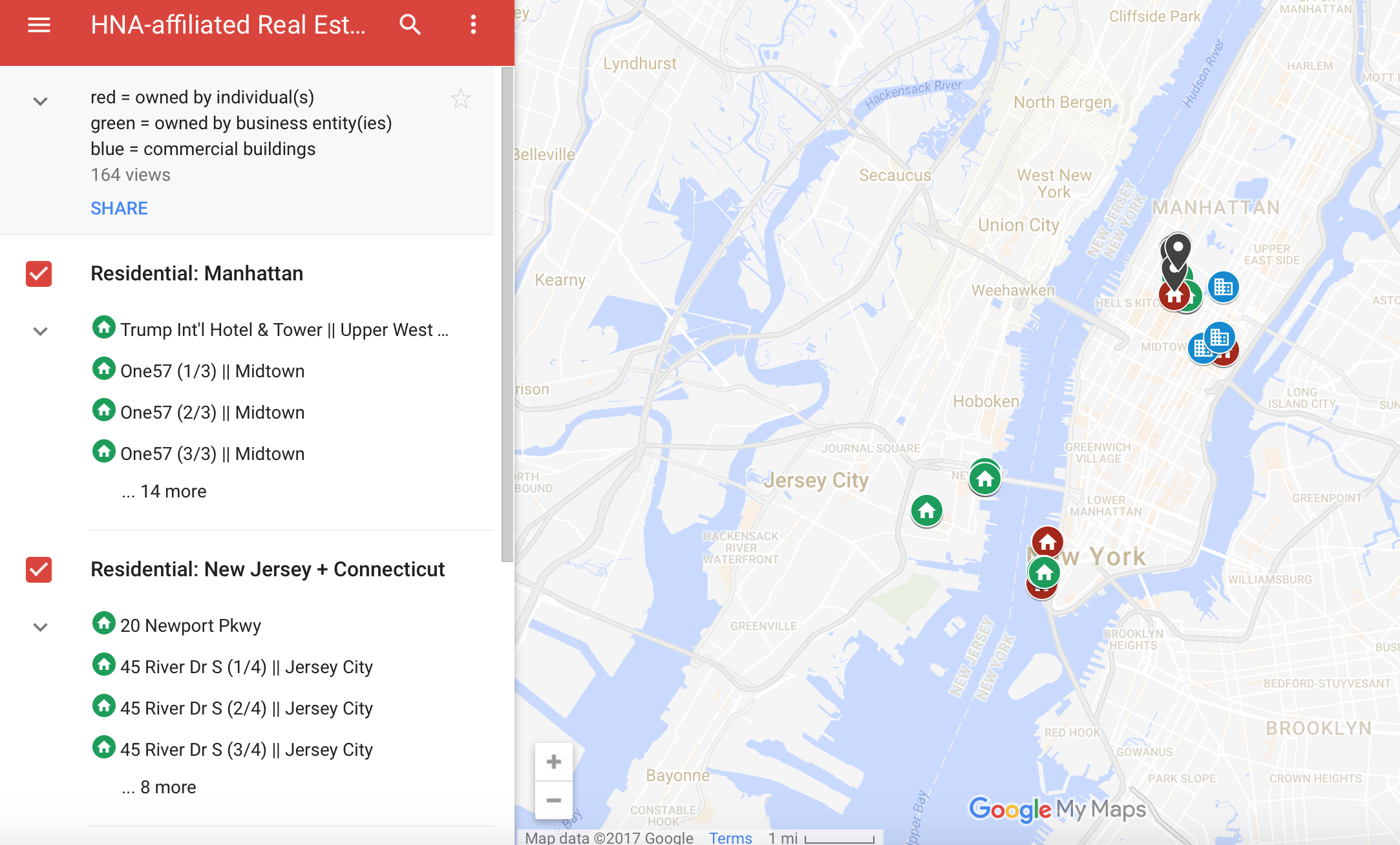 The opaque ownership structure of HNA Group Co., Ltd., a Hainan-based conglomerate that has since 2015 acquired $45 billion in global assets, has attracted the firm substantial media and regulatory scrutiny in recent months. An ongoing government crackdown on capital outflows, buoyed by the release of explosive allegations by fugitive millionaire Guo Wengui about the conglomerate’s political ties (over which HNA is currently suing him), have put the company under the global spotlight. A recent article in The New York Times by David Barboza examines the company’s disavowed links to the New York-based Pacific American Corporation.

Based on publicly available sources and database queries, China Digital Times has catalogued some of the U.S. properties owned by HNA Group and affiliated individuals and companies, which we have edited into a Google Map. The listed properties predominantly include residential properties on the East Coast. In total, eight individuals and nine affiliated companies hold 36 properties. China Digital Times welcomes its readers and netizens to use open-source data to expand and improve upon this map by including more states and nations, in order to increase public awareness of HNA Group, its affiliated individuals, and its assets. To provide further leads or feedback, please email [email protected] (Maps: Chinese version｜English version / List: Chinese version｜English version)

A few pieces of essential information needed to understand the maps and the spreadsheet:

Examples of connections between individuals and affiliated companies:

In 1997, in documents detailing HNA North American LLC (Bermuda)’s purchase of a set of properties in the Trump International Hotel and Tower, Chen Guoqing signed (in Chinese) as vice-chairman.

Eastern Shine Holding LLC holds four apartments in Lower Manhattan, and all were authorized by a Yan Mao. Through handwriting verification analysis, it was seen that this Yan Mao was also the trustee for married couple Tan Xiangdong and Zou Tao’s four jointly or individually held apartments. The client’s address provided all led back to Tan and Zou’s luxury place on Watchung Crest Drive in New Jersey. On recent property tax forms for Watchung Crest, the head of household’s address is the (extraordinarily large) Taconic Road residence. The holder of this Taconic Road property is Eastern Shine Holding LLC.

Yan Mao signed for the New Jersey address. He has also appeared on board member rosters for certain Hong Kong companies, along with Chen Xiaofeng.

Interconnected circles such as this are very common, so there must be some hidden, as of yet undiscovered clues.

An example of search tools used:

New York City Department of Finance’s Automated City Register Information System not only has a trove of data but powerful retrieval capabilities, no paywall, and provided the greatest quantity of relevant information.

One can take the below graphic as an example. Inputting the property owner’s surname, company name, property address, or different types of documentation will also return substantial results. 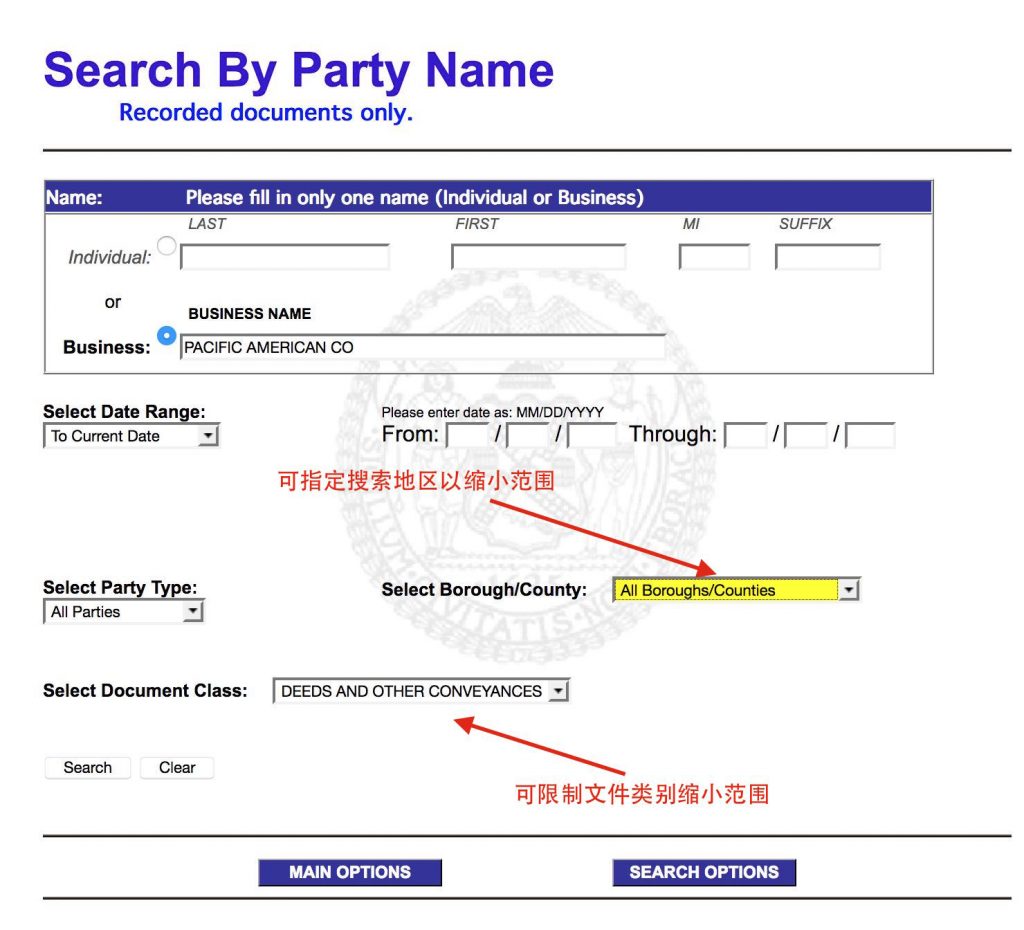 For example, by searching company name “Pacific American Corporation”, if one then selects “deed” when specifying type of documentation, the results grant a preliminary understanding of number of properties held by this particular company.

Detailed U.S. property records are at times archived at a county level. Therefore, looking for data from other counties requires going to a different website entirely.

Sites utilized for this project:

Research for this post was conducted by Sandra Fu and translation by Lisbeth. See the maps and spreadsheet in Chinese.