Xinjiang a “Frontline Laboratory for Surveillance” 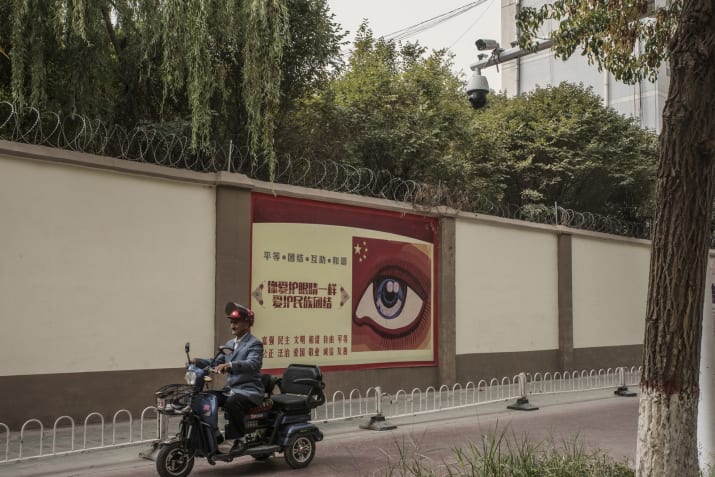 Under Party Chief Chen Quanguo, a hardliner who was credited for quelling a wave of unrest in Tibet, Xinjiang is emerging as a “perfect police state,” according to a Guardian report earlier this year. A heavy security presence, together with a host of innovative and repressive technologies, is steadily tightening Beijing’s control over the region, which since 2014 has been the focus of a national crackdown on terror in response to rising incidents of violence in the region and elsewhere in China. Megha Rajagopalan from BuzzFeed News now writes about the specific strategies and technologies used by Beijing to enforce strict security measures in Xinjiang, and how such security demands have created business opportunities for many companies.

The ubiquity of government surveillance in Xinjiang affects the most prosaic aspects of daily life, those interviewed for this story said. D., a stylish young Uighur woman in Turkey, said that even keeping in touch with her grandmother, who lives in a small Xinjiang village, had become impossible.

Whenever D. called her grandmother, police would barge in hours later, demanding the elderly woman phone D. back while they were in the room.

[…] China’s government has invested billions of renminbi into top-of-the-line surveillance technology for Xinjiang, from facial recognition cameras at petrol stations to surveillance drones that patrol the border.

[…] Security has become a big business opportunity for hundreds of companies, mostly Chinese, seeking to profit from the demand for surveillance equipment in Xinjiang.

Researchers have found that China is pouring money into its budget for surveillance. Zenz, who has closely watched Xinjiang’s government spending on security personnel and systems, said its investment in information technology transfer, computer services, and software will quintuple this year from 2013. The growth in the security industry there reflects the state-backed surveillance boom, he said.

Other equipment, like high-resolution cameras and facial recognition technology, is ubiquitous. […] [Source]

China has become one of the earliest adopters and developers of facial recognition technology. The wide adoption of such technology in public spaces ranging from shopping centers to university dormitories has created convenience for many but also raised concerns about privacy and safety.

Security forces have been using a range of techniques in Xinjiang to monitor targeted groups, including minority Muslim Uyghurs, as Human Rights Watch reported in June. Oiwan Lam from Hong Kong Free Press also reported in June that Xinjiang residents are forced to install surveillance apps on their mobile phones.