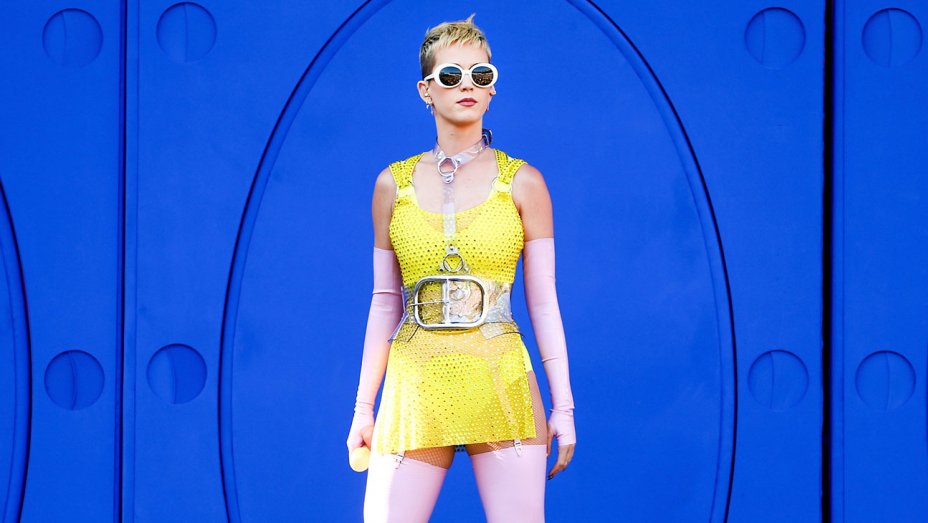 At Page Six, Oli Colemen reports that the upcoming Victoria’s Secret Fashion Show, scheduled to begin later this month in Shanghai, is “turning into an international media crisis” due to strict Chinese visa and media regulations:

We’re told fashion bloggers booked to cover the glitzy event are canceling their trips because the Chinese government won’t give them visas; TV producers are grappling with bureaucrats over permission to shoot outside the Mercedes-Benz Arena, where it’s being held (“If you’re going to China, you want to show that you are in China!” fumed an insider); and Victoria’s Secret staffers in China can’t send out press releases because they have to be approved by government officials.

“It’s just a nightmare for all the media trying to cover [the show],” said a jet-setting insider. “These TV companies are spending a fortune on it, and they don’t even know what they can shoot when they get there.”

We’re told that producers charged with coordinating the coverage for various outlets are “on the verge of nervous breakdowns.” [Source]

A follow-up report from Page Six’s Coleman and Emily Smith notes further complications related to the Shanghai show: scheduled headlining artist Katy Perry had been “banned” from entering China due to lingering anger over a 2015 performance in Taipei, where the singer had sported a sunflower dress and a Taiwanese flag in solidarity with the 2014 “Sunflower Movement” student protesters. CDT Chinese earlier this month reported on an October 17 letter purportedly from Perry  promising to “observe the laws and regulations in China,” and not to “do or say anything religious or political,” or “participate in any activities that jeopardize China’s unity and integrity.”

Sources exclusively told Page Six on Thursday that the “Swish Swish” singer had tried applying for a visa to enter the communist nation, but was denied by Chinese officials.

While she initially was informed that she’d be able to gain access, the decision apparently was reversed after the government caught wind of a controversial incident from 2015, in which Perry wore a bright, glittery dress with sunflowers on it during a performance in Taipei, the capital of Taiwan.

Her outfit wound up causing widespread outrage because the sunflower had been adopted the year before by anti-China protesters.

[…] “She was initially granted a visa to perform at the VS show in Shanghai, then Chinese officials changed their minds and yanked her visa,” a source explained. “For every artist who wants to perform in China, officials comb through their social-media and press reports to see if they have done anything deemed to be offensive to the country. Maroon 5 was banned a few years ago because one band member wished the Dalai Lama happy birthday on Twitter.” […] [Source]

Page Six also noted that several models had also been refused visas—one, Gigi Hadid, due to social media posts in which she appeared to mock Asian phenotypes. The Hollywood Reporter’s Stephanie Chan reports on Hadid’s Twitter response this week, also noting Victoria’s Secret’s motives for hosting the show in Shanghai amid a steady viewership decline in recent years:

On Wednesday, Hadid announced via Twitter: “I’m so bummed I won’t be able to make it to China this year.” The supermodel didn’t explain her absence, but she may have been denied a visa, too. Though she was expected to walk the show, she wasn’t necessarily welcomed by the Chinese people since some folks on social media viewed her as being “racist” after that time her sister, Bella, uploaded a video earlier this year that showed her squinting her eyes to look like a Buddha-shaped cookie. That could have possibly played a role in her ban from China.

[…] Despite the troubles, the lingerie company’s decision to present in Shanghai makes sense for business as the city is a major global financial hub. VS has been expanding its presence in the Chinese market, opening a boutique in Shanghai in March, as well as 26 beauty- and accessories-only stores in mainland China.

Viewership for the VS fashion show seems to have steadily declined in the last few years; the holiday-themed lingerie special averaged a 3.3 rating among adults 18-49 in 2014 before dropping to an average 2.3 rating in 2015 and then an average 2.1 rating in 2016. Given so many issues ahead of this year’s show, it’s a wonder how this might impact the CBS special that airs Nov. 28. [Source]

At Quartzy, Isabella Steger reports that Perry appeared to have won Beijing’s good graces back, and notes other recent cases of celebrities being refused entry to China:

It seemed that Katy Perry was back in China’s good books last year in November, however, when she was scheduled to play a show linked to Alibaba’s Singles Day shopping event, but she abruptly canceledciting a family emergency—some Chinese fans said the real reason was because she was too distraught from Hillary Clinton’s electoral loss.

The list of celebrities banned from China is getting longer and longer. Justin Bieber was this year barred from touring in China because of unspecified “bad” behavior. Others, like Lady Gaga and Bjork, have expressed support for Tibetan spiritual leader the Dalai Lama—Richard Gere recently said that his support for Tibet has ruined his career because of China’s interference in Hollywood. [Source]

Amid the complications for Victoria’s Secret’s China show and as international brands continue to pursue China’s rapidly growing consumer market, Jing Daily has written a guide to help luxury brands avoid hiring celebrities who may be deemed too politically controversial to enter China.