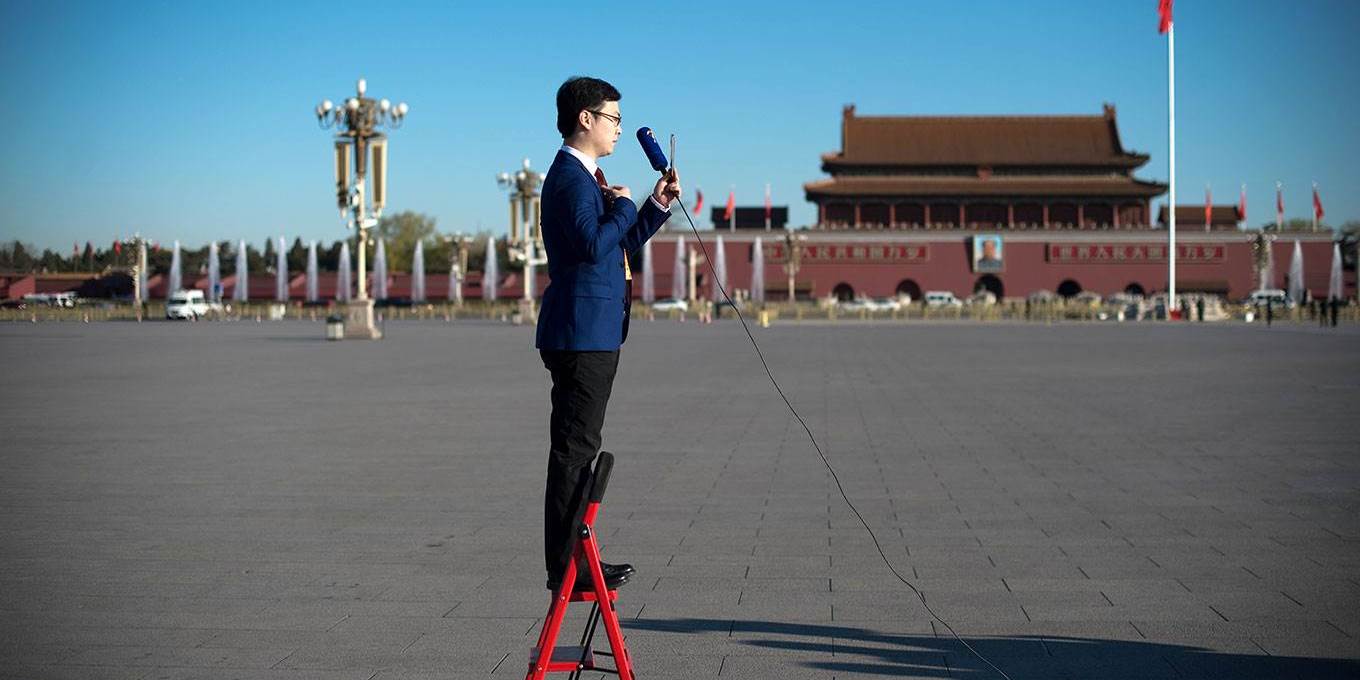 The New York Times’ former Beijing bureau chief Edward Wong shares his parting thoughts on China after ending almost a decade of reporting there. He writes that coercive hard power has played a central role in China’s rise as a modern empire, with military and economic might overshadowing the influence of ideas and values in the country’s projection of strength.

For decades, the United States was a global beacon for those who embraced certain values — the rule of law, free speech, clean government and human rights. Even if policy often fell short of those stated ideals, American “soft power” remained as potent as its armed forces. In the post-Soviet era, political figures and scholars regarded that American way of amassing power through attraction as a central element of forging a modern empire.

China’s rise is a blunt counterpoint. From 2009 onward, Chinese power in domestic and international realms has become synonymous with brute strength, bribery and browbeating — and the Communist Party’s empire is getting stronger.

At home, the party has imprisoned rights lawyers, strangled the internet, compelled companies and universities to install party cells, and planned for a potentially Orwellian “social credit” system. Abroad, it is building military installations on disputed Pacific reefs and infiltrating cybernetworks. It pushes the “One Belt, One Road” infrastructure initiative across Eurasia, which will have benefits for other nations but will also allow China to pressure them to do business with Chinese state-owned enterprises, as it has done in recent years throughout Asia and Africa.

[…]Chinese citizens and the world would benefit if China turns out to be an empire whose power is based as much on ideas, values and culture as on military and economic might. It was more enlightened under its most glorious dynasties. But for now, the Communist Party embraces hard power and coercion, and this could well be what replaces the fading liberal hegemony of the United States on the global stage.[Source]

While China has invested heavily to increase its soft power, a recent report by the National Endowment for Democracy and International Forum for Democratic Studies has found that China and other authoritarian countries are increasingly resorting to “sharp power”–which focuses on the use of distraction and manipulation— to shape public opinion and infiltrate the information and political environments of targeted countries. At Project Syndicate, Joseph Nye, the pioneer of the theory of soft power, explains how China is turning some of its soft-power programs into sharp-power tools to compel behavior and manipulate perceptions both at home and abroad:

If we use the term sharp power as shorthand for information warfare, the contrast with soft power becomes plain. Sharp power is a type of hard power. It manipulates information, which is intangible, but intangibility is not the distinguishing characteristic of soft power. Verbal threats, for example, are both intangible and coercive.

[…] Truth and openness create a dividing line between soft and sharp power in public diplomacy. When China’s official news agency, Xinhua, broadcasts openly in other countries, it is employing soft-power techniques, and we should accept that. When China Radio International covertly backs 33 radio stations in 14 countries, the boundary of sharp power has been crossed, and we should expose the breach of voluntarism.

Of course, advertising and persuasion always involve some degree of framing, which limits voluntarism, as do structural features of the social environment. But extreme deception in framing can be viewed as coercive; though not violent, it prevents meaningful choice.

Techniques of public diplomacy that are widely viewed as propaganda cannot produce soft power. In an age of information, the scarcest resources are attention and credibility. That is why exchange programs that develop two-way communication and personal relations among students and young leaders are often far more effective generators of soft power than, say, official broadcasting.

The United States has long had programs enabling visits by young foreign leaders, and now China is successfully following suit. That is a smart exercise of soft power. But when visas are manipulated or access is limited to restrain criticism and encourage self-censorship, even such exchange programs can shade into sharp power. [Source]