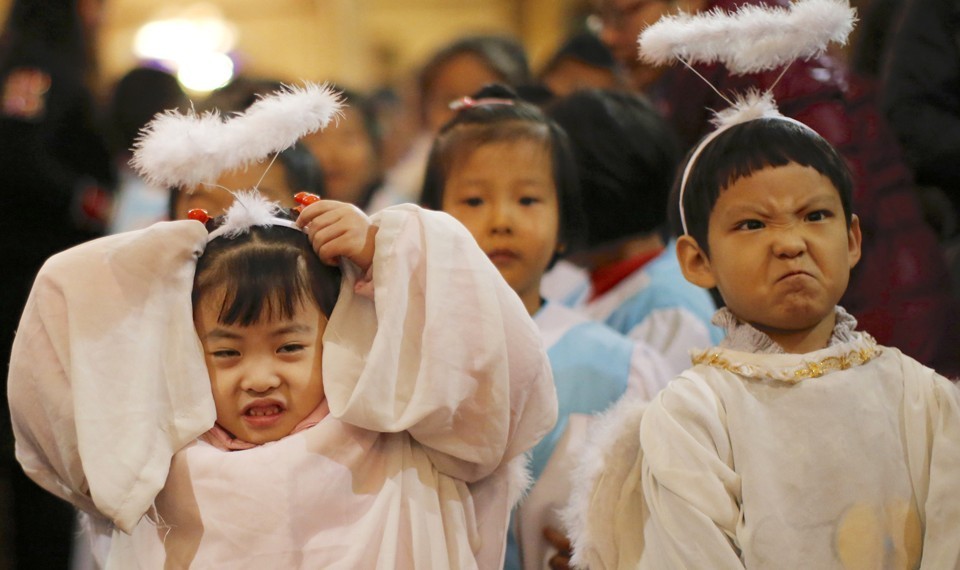 The Vatican and China have held ongoing talks in recent years over the status of the appointment of bishops in the country. A breakthrough was made this month with the Vatican poised to strike a deal with China that would allow the Chinese government to appoint bishops. This development comes after the Vatican agreed at the end of January to replace two of its bishops by those approved by the Chinese Communist Party, which signalled the pope’s willingness to compromise with China.

Cardinal Joseph Zen, the outspoken 86-year-old former head of the Catholic Church of Hong Kong, rebuked the Vatican-China deal and accused the Vatican on Friday of acting “unfaithfully,” arguing that the move would effectively put Chinese Catholics under the full control of the Communist Party–as it is highly unlikely that Pope Francis would have the final say in the appointment of bishops as promised by the agreement. Venus Wu at Reuters reports:

“They (The Chinese government) say the last word belongs to the Holy Father. Sounds wonderful? But it’s fake,” Zen said.

”They are not going to make good choices for the Church … surely they choose the one they prefer, which means the one who always obeys the government. So how (could) the Holy Father approve such a choice?”

[…] Zen said that under the status quo, which he described as “the lesser evil,” the Vatican secretly approves candidates who are acceptable to both sides before the state-controlled Church makes them bishop.

But under the new agreement, where candidates would be selected via a “so-called democratic election” inside the Chinese Catholic community and endorsed by a state-controlled bishops’ conference before being submitted to the pope, the choice lies entirely in the hands of the government, Zen said. [Source]

At The New York Times, Yi-Zheng Lian writes that the Holy See is bowing to China and making major concessions in part to keep pace with Protestantism as the Catholic Church continues to lose ground to other Christian denominations among Chinese converts. Christianity is growing rapidly in China, with the number of adherents exceeding 80 million. The vast majority of new converts are Protestants, with some estimates suggesting that there is only one Catholic for every five Protestants in the country. At The Atlantic, Caroline Kitchener looks at why Catholicism is falling behind and losing appeal among the young in China.

Particularly among young people in China, the Catholic Church has a messaging problem. Over the past few months, I’ve spoken to more than 30 young Christians at universities across the country. These students, who found Christianity through American teachers, student fellowships, or local churches, identify simply as Christians. None know the words “Baptist,” “Lutheran,” or “Presbyterian”—popular denominations of Protestantism—and most aren’t sure what it means to be “Protestant” (the word doesn’t translate into Chinese). They do, however, all know the word “Catholic”—and they’re convinced it has nothing to do with Christianity.

[…] Many of these students have parents or grandparents who engage in Buddhist or Daoist rituals, even if they don’t identify with those faiths. In China, 44 percent of religiously unaffiliated people have worshipped at a burial site in the past year. Students I spoke with—both Christian and atheist—generally looked down on these traditions, calling them “superstitious” and “old-fashioned.” Easten Law, a lecturer at American University who specializes in Chinese Christianity, believes this mindset may explain why more young Chinese aren’t choosing to become Catholic.

“Catholicism is very high-liturgy,” Law said. There’s a lot of standing up, sitting down, kneeling, and repeating designated words at designated times. “From the outside, it can look like a lot of gesturing.” The Catholic mass, he said, might remind young people of the rituals they see their parents perform—rituals they don’t see as connected to religion. “The more you see things that are heavily ritualized, the more you think of chanting monks in Buddhist temples with incense, the more it seems highly orchestrated, the more it looks ‘superstitious.’” Chinese young people, he said, want a more “modern” faith. [Source]

Meanwhile, Bishop Marcelo Sánchez Sorondo, the chancellor of the Pontifical Academy of Social Sciences, praised the Chinese Communist Party for its implementation of the Catholic doctrine. From the Catholic Herald:

“Right now, those who are best implementing the social doctrine of the Church are the Chinese,” a senior Vatican official has said.

Bishop Marcelo Sánchez Sorondo, chancellor of the Pontifical Academy of Social Sciences, praised the Communist state as “extraordinary”, saying: “You do not have shantytowns, you do not have drugs, young people do not take drugs”. Instead, there is a “positive national conscience”.

[…] Bishop Sánchez Sorondo said that China was implementing Pope Francis’s encyclical Laudato Si’ better than many other countries and praised it for defending Paris Climate Accord. “In that, it is assuming a moral leadership that others have abandoned”, he added.

[…] Bishop Sánchez Sorondo concluded by saying that China is “developing well” and now has “many points of agreement” with the Vatican. [Source]

A state-run Chinese newspaper stated that China is expected to resume formal diplomatic ties with the Vatican sooner or later thanks to the latest deal.