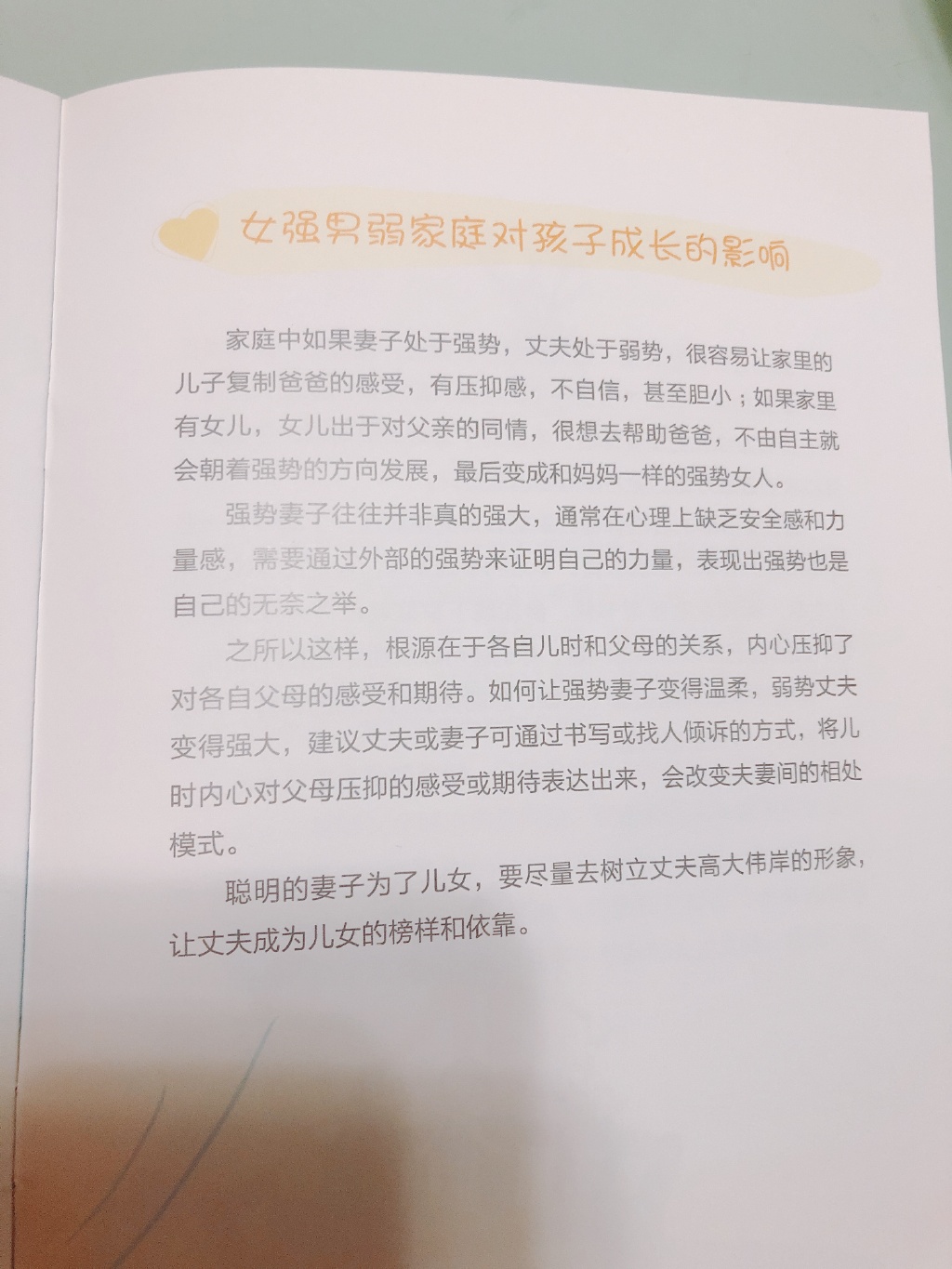 In the Washington Post, Leta Hong Fincher, author of the forthcoming “Betraying Big Brother: The Feminist Awakening in China,” writes that the authoritarianism exhibited by President Xi Jinping is enabled partially by a patriarchal culture in China:

There are many reasons that China’s modern Communist Party has survived for almost 70 years, in spite of the collapse of communism in the Soviet Union and elsewhere in Eastern Europe. But it is impossible to understand the longevity of China’s Communist Party without recognizing the patriarchal underpinnings of its authoritarianism. In short, China’s ultimate strongman, Xi, like other autocrats around the world, views patriarchal authoritarianism as critical for the survival of the Communist Party.

For the first several years of his presidency (until early 2016), Xi was quite literally called Xi Dada — “Big Daddy Xi” — in the state media, which built up a personality cult around him the likes of which had not been seen since the 1966-1976 Cultural Revolution, under Chairman Mao Zedong. This language celebrates Xi for his manliness and upholds the male-dominated family as the basic foundation of a strong and stable state. Propaganda images depict Xi as the father of the Chinese nation in a “family-state under heaven” (jia guo tian xia). When Xi became president, pop and hip-hop songs emerged idolizing him not just as a father but as an ideal husband, too, such as “Be a Man Like Xi Dada” and one of the most popular songs of all, “If You Want to Marry, Marry Someone Like Xi Dada.”

The Communist Party aggressively perpetuates traditional gender norms and reduces women to their roles as reproductive tools for the state, dutiful wives, mothers and baby breeders in the home, in order to minimize social unrest and give birth to future generations of skilled workers. The party also is carrying out an unprecedented crackdown on feminist activists because China’s all-male rulers seem to think that China’s entire security state would collapse were it not for the subjugation of women. [Source]

The perpetuation of traditional gender norms is on full display in a document recently shared on Chinese social media that is part of a brochure provided to newlyweds after they register for marriage in Beijing. The brochure was published by the Beijing Association of Marriage and Family Development in August 2016: 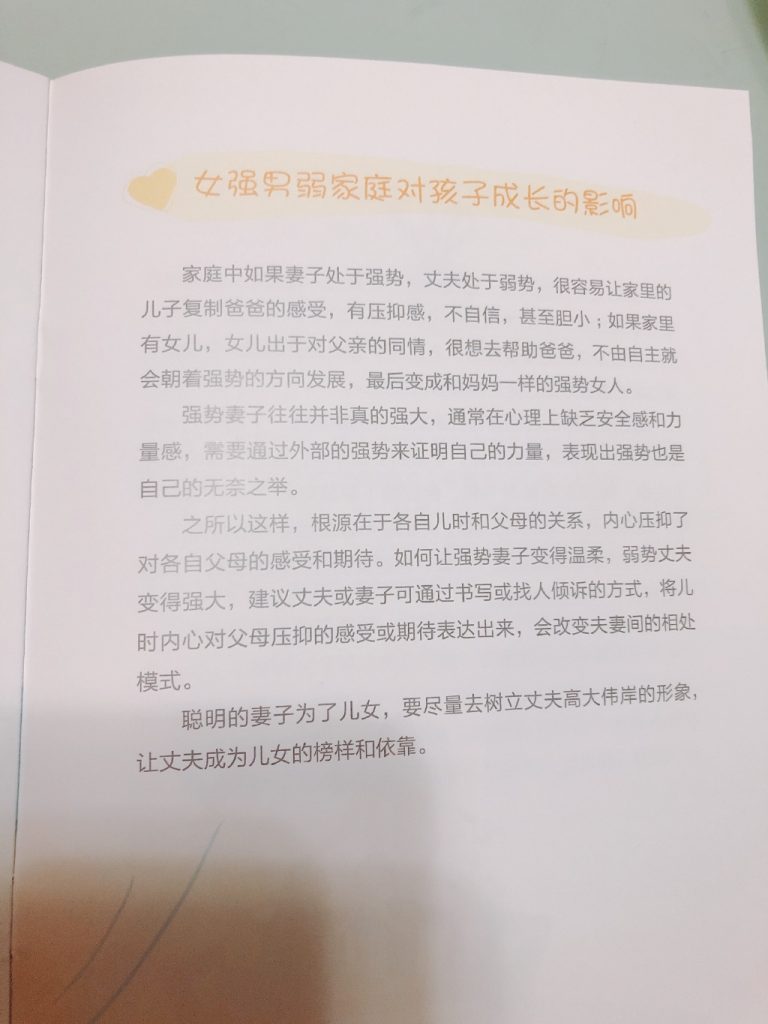 In a family, if a wife is strong and the husband is weak, it is very easy for the children in the household to copy the father’s emotions, to become repressed, lacking confidence, even timid. If the family has daughters, the daughter will develop sympathy for the father, and involuntarily develop in the direction of strength. In the end, she will become the same as her mother, a domineering woman who wears the pants in the family.

A domineering wife often does not have real power. Usually in their hearts they lack a sense of security and power, so they act forcefully to validate their own power. Expressions of strength are really just their own helplessness.

The root cause for this is the relationship with one’s parents in childhood, in which the parents’ feelings and expectations are suppressed. How do we transform a strong wife into a tender one, and a weak husband into a strong one? We suggest husband and wife can write it down or find someone to talk to about their repressed emotions and expectations. This can help couples get along better.

A smart wife will to great lengths to make the husband look lofty and stalwart for her children, and allow the husband to become her children’s role model and someone to rely on. [Chinese]

Some thoughts: Translating "强势" here can be very tricky in English not only because it's a much more precise language than Chinese, but also because women are treated very differently in PRC. https://t.co/Ev4WvdO7Yl

By calling a woman "强势," it suggests that she's strong, assertive, dominant, confident and independent, NONE of which is a desirable quality for women in PRC. It has this negative connotation that screams "bitch."

It's a lot easier to just summarize this whole piece of garbage:
A woman shouldn't wear pants in the household because it'll hurt your already fragile husband, scar your son and make your daughter a bitch too. ?‍♀️

In February, a video from a “female morality school” was leaked online and generated outrage from women’s rights activists in China and elsewhere. From a report by Yi-Ling Liu of AP:

In the recording, students at the Fushun Traditional Culture School were shown being told to put aside career aspirations and, in one instructor’s words, “shut your mouths and do more housework.” One group of students was shown practicing bowing to apologize to their husbands.

“Don’t fight back when beaten. Don’t talk back when scolded. And, no matter what, don’t get divorced,” a female teacher says in the post on Pear Video, a Beijing-based online platform for short videos. [Source]