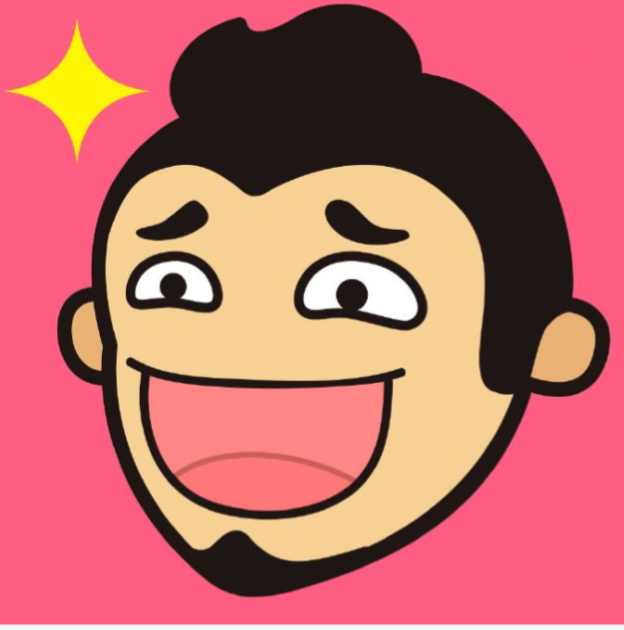 The State Administration of Radio and Television (formerly the State Administration of Press, Publication, Radio, Film, and Television) has ordered news and entertainment app parent company Bytedance to shut down Neihan Duanzi, its popular joke-sharing app. This follows a similar order for the company to clean up Jinri Toutiao, its video app. The official announcement about Neihan Duanzi read in part (translated by Global Voices):

During the supervision of Toutiao’s rectification, SAPPRFT discovered that the company’s affiliated content application and public account, NeihanShequ, is heading a wrong direction with its vulgar and banal content. Netizens have strong reaction against such content. [Source]

Neihan Duanzi (the name translates to “vulgar jokes”) offered a cocktail of photos, memes, and short videos that were often hilarious but not always appropriate. Boasting more than 200 million registered users (link in Chinese), the service operated both as a standalone app and as accounts on platforms such as WeChat (China’s biggest social network) and Toutiao (an AI-powered news app also run by Bytedance).

[…] Bytedance is among the biggest victims of the entertainment crackdown. After the company shuttered Neihan Duanzi, users criticized the move in the comments section of another Bytedance video app called Douyin; the company then removed the ability to comment (link in Chinese), claiming it was “optimizing the [content] audit process.” In January, authorities ordered a temporary shutdown of six sections of Bytedance’s Toutiao app due to vulgar and pornographic content. In response, the company launched a “New Era” channel in the app, referencing the latest political catchphrase of Chinese president Xi Jinping. And amid a separate crackdown on news apps this week, Bytedance was ordered to remove Toutiao from Chinese app stores for three weeks. [Source]

Read more about the January crackdown on Toutiao content, via CDT.

Raymond Zhong at The New York Times reports on the Neihan Duanzi shutdown and the subsequent apology issued by the company’s founder and CEO:

The country’s top media regulator on Tuesday ordered the company, Bytedance, to shut down its app for sharing jokes and silly videos. Vulgar content on the Neihan Duanzi app had “caused strong dislike among internet users,” a brief notice from the State Administration of Radio and Television said. The company was told to clean up its other platforms, too.

[…] In a statement posted Wednesday morning, Zhang Yiming, Bytedance’s founder and chief executive, said he had spent the previous, sleepless night in deep reflection, gnawed by “a guilty conscience.”

“Content had appeared that did not accord with core socialist values and was not a good guide for public opinion,” Mr. Zhang wrote. “Over the past few years, we put more effort and resources toward expanding the business, and did not take enough measures to supervise our platform.”

He added that Bytedance would expand its team for monitoring content to 10,000 people from 6,000 presently. [Source]

At China Media Project, David Bandurski translates Zhang’s statement, saying it “offers an essential view of the deep tension in China right now between technological innovation and economic reform on the one hand, and the urgency of political controls on the other.” From Bandurski’s post:

Read through Zhang’s apology and it is quickly apparent that this is a mea culpa made under extreme political pressure, in which Zhang, an engineer by background, ticks the necessary ideological boxes to signal his intention to fall into line.

At one point, Zhang confesses that the “deep-level causes” of the problems at Toutiao included “a weak [understanding and implementation of] the “four consciousnesses”. This is a unique Xi Jinping buzzword, introduced in January 2016, that refers to 1) “political consciousness” (政治意识), namely primary consideration of political priorities when addressing issues, 2) consciousness of the overall situation (大局意识), or of the overarching priorities of the Party and government, 3) “core consciousness” (核心意识), meaning to follow and protect Xi Jinping as the leadership “core,” and 4) “integrity consciousness” (看齐意识), referring to the need to fall in line with the Party. Next, Zhang mentions the service’s failure to respect “socialist core values,” and its “deviation from public opinion guidance” — this latter term being a Party buzzword (dating back to the 1989 crackdown on the Tiananmen Square protests) synonymous with information and press controls as a means of maintaining Party dominance.

Zhang also explicitly references Xi Jinping’s notion of the “New Era,” and writes: “All along, we have placed excessive emphasis on the role of technology, and we have not acknowledged that technology must be led by the socialist core value system, broadcasting positive energy, suiting the demands of the era, and respecting common convention.” [Source]

At the Wall Street Journal, Josh Chin looks at how the crackdown on Bytedance is part of a broader government effort to control prurient content while also pushing its own propaganda into the online space:

The Bytedance apps are distinctive in China for relying almost entirely on algorithms to feed users content based on their personal preferences. That AI-driven approach helped the startup achieve a soaring $30 billion valuation, but has also sparked criticisms that it is flooding users with clickbait of questionable taste.

Moreover, Bytedance’s model presents a challenge to the Communist Party, which under President Xi Jinping has pushed hard to carve out more space in the public discourse for political messages from official propaganda outlets.

The Neihan Duanzi shutdown is the latest in a series of recent government actions targeting online platforms. Where in the past party censors have cracked down on sensitive political content, they are increasingly also punishing platforms that traffic in material they consider prurient, including scantily clad women and celebrity gossip.

Chinese officials have portrayed the increased censorship as an effective way of dealing with a problem that confronts all governments in the social-media age: How to keep fake news, filter bubbles, exploitation, abuse and dark phenomena of the internet from growing to the point where they threaten society. [Source]

Neihan Duanzi’s 200 millions users were enthusiastic, loyal, and community-minded, and have publicly mourned the loss of their favorite source of news and entertainment. An article by Raymond Zhong, Paul Mozur and Iris Zhao in The New York Times looks at the culture behind Neihan Duanzi, which appears to have been targeted less for its politics than its ability to unify internet users behind a common sense of humor:

That has led some to wonder whether the platform’s tightknit user community, with its own subculture and obscure vocabulary, had angered the authorities. China’s ruling Communist Party has a history of cracking down on groups that seek to organize citizens outside its sphere of control.

Users of both apps put decals with the apps’ names on their car windows. They hold meet-ups where they chant invented slogans — “Sky king covers earth tiger, stewed chicken with mushrooms!” one goes — and do things like arrange their cars to spell the name of their city.

No ideology appears to link the apps’ fans, although their online videos suggest that sports cars and community service are common enthusiasms. [Source]

Reports that emerged Tuesday of followers staging protests against the shutdown by honking their car horns appear to be based on videos taken earlier. But they demonstrate how the app’s users were able to express their loyalty in subtle and subversive ways. Responses to the shutdown by internet users, as translated by Global Voices, show widespread mourning and anger, including this one:

Vulgarity is just an excuse. Weibo also has vulgar content. The main reason is that the community of Neihan was getting too strong. [Source]

We spent most of yesterday debunking these videos. Some seem other protests. Most are honking from older meetups of the Duanzi clubs which the government probably did see as a threat, and is one reason the app came down. The clubs are fascinating: https://t.co/YhPFYVCkvA https://t.co/lp0NF27oGW

Update on this from @paulmozur et al: Video clips likely taken from previous meet-ups of Neihan Duanzi's users; still, it's possible the app's strong subculture and users' ability to organize was part of the reason authorities targeted it. https://t.co/qiVZqIEZtK https://t.co/mRwV5p9is6

Appears the real problem with bytedance’s neihan duanzi may have been the groups of users 段友会 all over the country who would meet offline. Massive organizing power, the thing the Party is most paranoid about https://t.co/2F7E8rGI2B

Videos from newly banned joke video app Neihan Duanzi are finding a new life on Twitter – just check the #内涵段子 hashtag. How many previously apolitical app users are now going to jump the GFW where they'll meet the highly political dissident community for the first time?