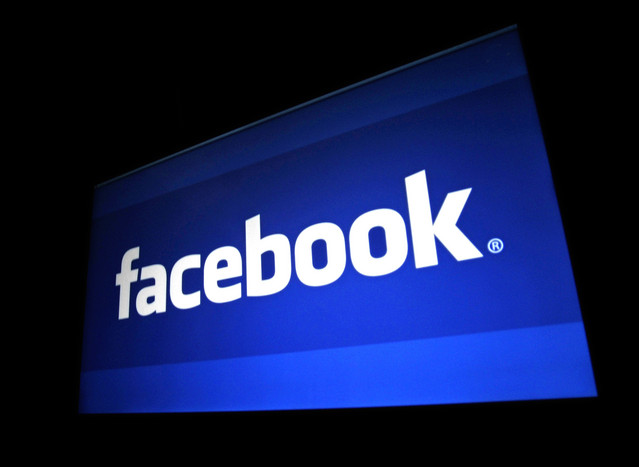 Facebook co-founder and CEO Mark Zuckerberg answered questions in front of a U.S. Senate hearing yesterday, defending his company in the aftermath of revelations that political consulting firm Cambridge Analytica had harvested data from millions of Facebook. Notes that Zuckerberg, who today faced a similar grilling in front of the U.S. House of Representatives, had on hand yesterday reveal that he was prepared to cite competition with China as a defense should a senator suggest that Facebook be broken up. At Bloomberg Technology, Alistair Barr reports:

“Break Up FB? U.S. tech companies key asset for America; break up strengthens Chinese companies,” the document read, according to a picture published by the Associated Press.

[…] The advice on how to respond to calls to break up Facebook is particularly noteworthy because the company has grown to dominate the digital-advertising market with Google in recent years. There have been increasing calls for antitrust action against Facebook, but little talk of actually breaking the company up.

Facebook’s planned response — to cite rising competition with China — also contrasts with Zuckerberg’s efforts to woo Chinese officials to let the company expand in the country. The social network is now barred from the market along with many of its U.S. peers, which helps domestic social media titans such as Tencent Holdings Ltd. thrive. [Source]

Zuckerberg has made efforts to woo authorities into allowing him access to the coveted and highly state-controlled Chinese market, giving speeches in Mandarin, jogging through thick Beijing smog, leaving a collection of Xi Jinping’s essays on display while hosting former cyberczar Lu Wei, and even asking Xi to name his newborn daughter. Last year, it was reported that Facebook had taken steps to develop censorship tools to be rolled out if given a green light to enter China.

At Quartz, Josh Horwitz notes two occasions when China did come up in Zuck’s testimony yesterday, and outlines the implications of a Chinese company emerging as the “next Facebook”:

When senator Orrin Hatch asked Zuckerberg what sorts of legislative changes could prevent the Cambridge Analytica situation from happening again, Zuckerberg laid out three principles, one of which entailed “enabling innovation” in the face of rivalry from China:

And the third point is — is just around enabling innovation. Because some of the abuse cases that — that are very sensitive, like face recognition, for example — and I feel there’s a balance that’s extremely important to strike here, where you obtain special consent for sensitive features like face recognition, but don’t — but we still need to make it so that American companies can innovate in those areas, or else we’re going to fall behind Chinese competitors and others around the world who have different regimes for — for different new features like that.

[…] Later, in a clumsy attempt to link Facebook’s success to American capitalism, senator Dan Sullivan asked Zuckerberg if it would have been possible to start Facebook from his dorm room in a country like China, to which Zuckerberg replied, “Well, Senator, there are — there are some very strong Chinese internet companies.” He later added:

And when I brought up the Chinese internet companies, I think that that’s a real—a real strategic and competitive threat that, in American technology policy we (inaudible) should be thinking about.

[…] Beijing has established a precedent for relying on domestic tech giants to advance the party’s agenda—and that can entail anything from setting up a tech investment fund and opening artificial intelligence labs, to sharing user data with the government and suppressing dissent. Its leading tech companies must practice loyalty to the party at any cost. Case in point—the same day Zuckerberg gave his hearing, Zhang Yiming, creator of the app Jinri Toutiao (which shares many similarities with Facebook’s News Feed) published an apology for not promoting “core socialist values” and promised to increase his company’s in-house team of censors from 6,000 to 10,000 people. […] [Source]

Zuckerberg gets asked if he could have made Facebook in China. It was supposed to be a softball question. His answer is revealing. cc: @paulmozur https://t.co/Cxox5EJM4S

In a Medium post, The Shanghaiist notes that Zuckerberg’s flattering answer to Senator Sullivan’s “only in America” question, applauding the strength of Chinese internet giants, prompted Sullivan to reply, “Right but — you’re supposed to answer ‘yes’ to this question. OK, come on, I’m trying to help you, right? I mean, give me a break. You’re in front of a bunch of… the answer is ‘yes,’ OK, so thank you.” Some Chinese netizens, on the other hand, applauded Zuckerberg’s reply:

This exchange has gone viral on Chinese social media with some Weibo users praising Zuckerberg for being “honest” and “forthright” in the face of an ignorant question meant as an attack against China. Meanwhile, others have joked that Zuckerberg ought to simply abandon the US, move to China, and found a new company.  [Source]

On Twitter, New York Times journalist Paul Mozur notes how Facebook would have been different should Zuckerberg have founded it in China, citing a relevant example from today’s news:

Zuck is absolutely right. He could have built a big internet company in China, just a very different one. For an idea of what it would be like, the CEO of China upstart Toutiao today apologized for violating core socialist values and vowed to increase censors to 10k from 6k. https://t.co/BkuZFSK6fP

Hats off to Zuckberg for gently confronting a US senator’s painfully-uninformed rhetorical question. Tech wise it has been a race between the Tortoise and the Hare. Now Wechat is light years ahead of WhatsApp and Alibaba on track to be 1st $1 trillion before Amazon https://t.co/wOgVT35Qfw

Um. I think you totally missed the point. Actually you are way too smart to have missed the point, so you are being willfully disingenuous. I refer you to @paulmozur timeline and his post on Toutiao.

I was not being disingenuous. I simply pointed out that some self-bigoted US congressmen, with their American-centric worldview, ignored China’s own rags to riches stories such as Jack Ma, Liu Qiangdong, and many others DESPITE constraints of China system folks were alluding to. https://t.co/QZSpPIoFsq

1/2: Hi. I think you and I can agree that the question's wording was silly, & that China tech companies are impressive & stunningly innovative. WeChat is superior to Facebook's Whatsapp. Only in America AND China (maybe India soon?) can tech geeks rise to such wealth. BUT….

2/2: That's not the point. The point is China's tech companies have boomed in a totally protected environment since the 2009 ban on Twitter + Facebook & their tech is now used to further the reach of the authoritarian state. Facebook's faults are being laid bare by a free press