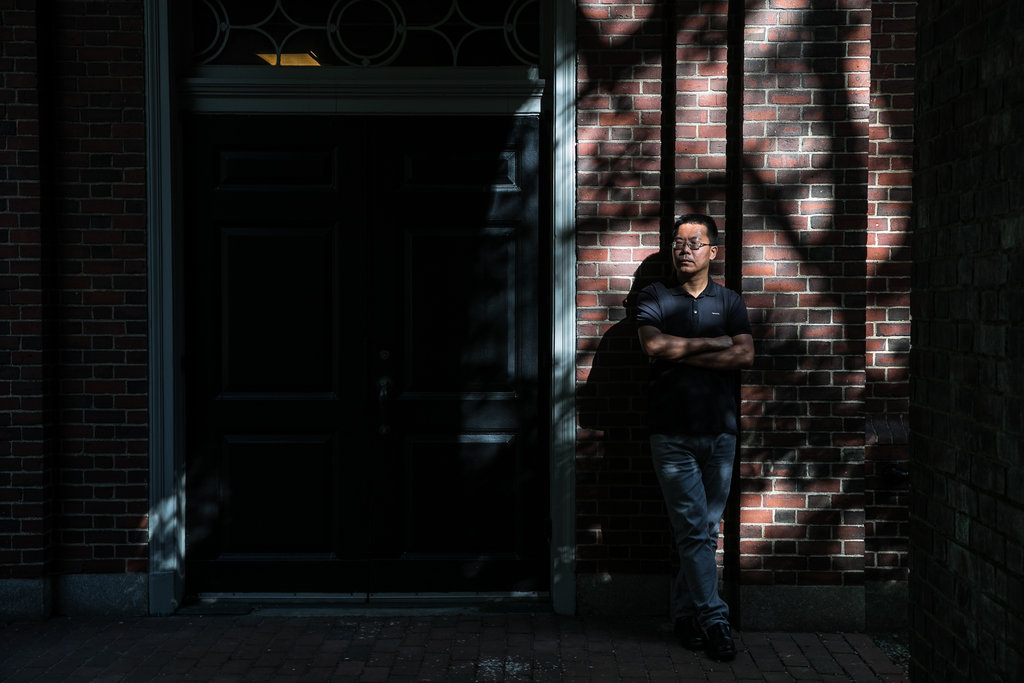 Exiled Chinese human rights lawyer and activist Teng Biao is calling attention to the “long arm” of China’s global influence operations, which have led to increasing self-censorship on the part of Western companies and other institutions seeking access to the Chinese market. Edward Wong at The New York Times reports:

First, there was the hotel chain Marriott International, which apologized to the Chinese government in January for having sent out a customer survey listing Tibet, Hong Kong, Macau and the self-governing island of Taiwan as separate territories, a violation of the Communist Party canon that raised the ire of some Chinese citizens.

Then there was Gap Inc., which posted a message to the Chinese apologizing for a T-shirt with a map of China that ignited similar criticism. And in May, Air Canada on its website began listing Taipei, the capital of Taiwan, as a part of Communist-ruled China, which the Taiwanese reject.

For Mr. Teng, one of China’s pre-eminent civil rights lawyers, it all amounted to craven behavior from Western companies trying to stay in the good graces of Chinese officials and citizens to maintain access to the enormous consumer market in China.

“For the past two or three years, I’ve been paying attention to self-censorship by Western scholars, institutions and companies,” Mr. Teng, 44, said one recent afternoon in a cafe in Midtown Manhattan. “It’s urgent. China’s rising threat to international freedom and democracy has become a hot topic.” [Source]

In 2016, Teng’s book contract with the American Bar Association was cancelled over alleged pressure from the Chinese government.

“We are concerned that while some of these efforts may seem innocuous when taken independently, collectively they represent an attempt to increase the appeal of autocracy and strengthen Chinese leverage over U.S. allies,” said the letter, which was signed by senators from both major political parties.

The letter cited a number of attempts by the Chinese government to influence politicians in the European Union, as well as Beijing’s increasing clout with smaller nations dependent on it for crucial loans and investment.

[…] “[Beijing’s] long-term objectives with these operations are to undermine liberal democracies, erode the strength of U.S. alliances, weaken the ability of democracies to work against China, supplant U.S. leadership in the world and shape the future of the international order,” the senators wrote.

They called for a “coordinated strategy” among U.S. government agencies to counter Chinese efforts to wield overseas influence. [Source]

The bill calls for a major ­report to be delivered to President Donald Trump recommending ways to counter the growth of China’s “sharp power” that is “intended to penetrate or corrupt democratic countries”.

[…] The proposed US legislation would implement greater transparency and regulation of Chinese-funded enterprises across the US, including academia, and the formulation of a long-term strategy to counter Chinese interference in US politics and society.

The bill, which has been seen by The Australian, says the US will also “enhance co-operation with Australia”, which has “faced acute pressure from the Chinese government and Communist Party’s political influence operations”.

[…] Sources say the bill is likely to win bipartisan support amid growing concern in Washington about China’s efforts to “coerce and corrupt United States interests, institutions, or individuals”. [Source]

For insight into Chinese government influence in Europe, read an interview with MERICS scholars Kristin Shi-Kupfer and Marieke Ohlberg via CDT; the first part looks at how the Chinese government is attempting to influence the politics and societies of various European countries, while the second part offers advice on how individuals and institutions can resist such influence.