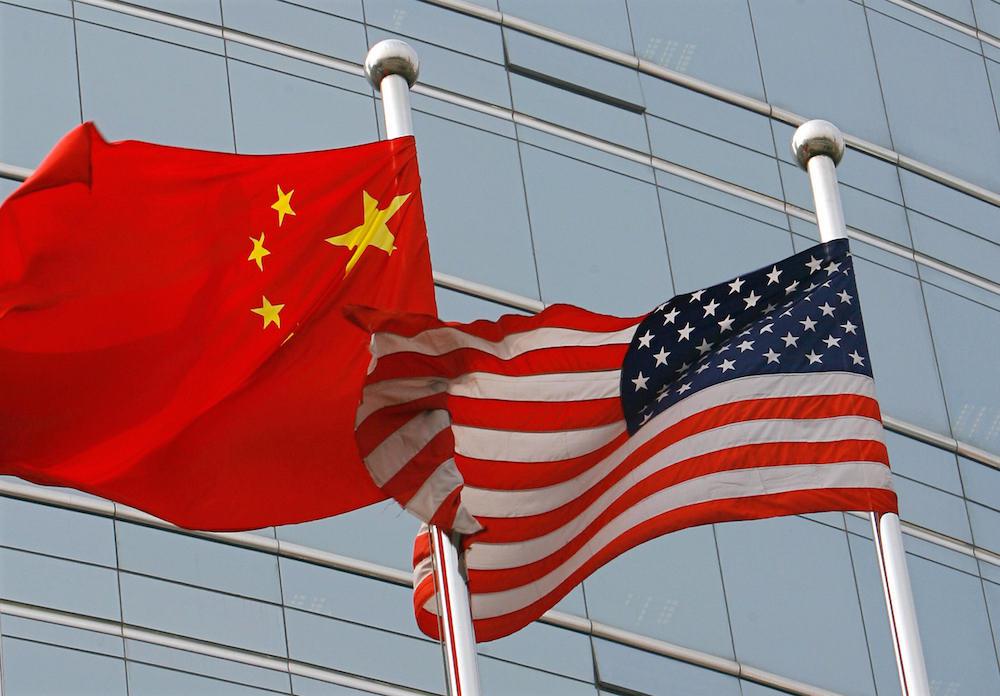 At the Los Angeles Review of Books’ China Channel, Lu Xiaoyu, a doctorate candidate at the University of Oxford, reflects on the prevalence of cognitive dissonance among overseas Chinese students, who often find themselves navigating between different ideological landscapes as they search for ways to situate their political beliefs beyond the ideological confines of the societies and systems that they live in.

“Why were you defending an authoritarian regime?”

Tina, a friend from Comparative Politics class, asked me this as we walked out of the seminar room. We had began our graduate course at Oxford three years ago, and both carried on with doctoral research in Politics. Despite the occasional hostilities between our home countries (China and the US), we quickly became close friends and suspended the ideological differences between us. Still, her question left me half shocked and half puzzled. During the past two hours, we had been debating furiously about the “doomed future of democratization” and the “crisis of liberal democracy.” As usual, I was critical of mainstream political thought, especially any definition of democracy that delimits itself to a few institutional yardsticks, along with a tone of moral proselytism that renders democracy as a dividing battle between us and them.

Yet this critical perspective did not categorise me, in my peers’ eyes, as a cynically postmodern left-wing liberal, as perhaps it would have my European or American counterparts. Rather, I was seen as an international student who came to the “free world” from an “authoritarian regime” that once suppressed his rights of free speech. Following this logic, anything that I said against a liberal democratic regime must be a remnant from my past life, haunted by the fears and shadows of a police state and ideological propaganda. It was therefore not surprising that my reflections on Western democracy were thought to be too similar to my home country’s official clichés criticising the Western model.

As I dwelled longer on Tina’s question, I became restless. Was I defending China’s authoritarian regime unconsciously? Could I separate my national identity from my intellectual stance? And why didn’t I develop a stronger resonance with the so-called liberal world? Almost immediately, I realised I was not alone. Years of conversations with other Chinese students abroad had left me with a strikingly homogenous impression. Put simply, we are not enchanted by the West. Why do years of lived experience in a liberal democracy fail to validate, and largely shake, our belief in it? I became a double dissident, both at home and abroad – upholding scepticism of China’s system, while also finding myself a dissident of liberal democracy. [Source]

In the rest of his essay, Lu profiles four overseas Chinese students, whose shifting ideological views and attitudes toward liberal democracy exemplify those of a “double dissident”–one whose transnational encounters with different ideas and value systems have made them at once skeptical of China’s model and critical of Western democracy.

Recent incidents involving international Chinese students mobilizing against perceived political slights–including opposition against Dalai Lama’s invite at UCSD and protest over the use of a contested map at the University of Sydney–have raised concerns about the spill-over effects of nationalism displayed by Chinese students. These worries are exacerbated by Chinese government efforts to encourage students and visiting scholars to set up Party branches at their host universities. In reality, however, nationalistic views and behaviors are less prevalent among young Chinese than is commonly assumed. From The Economist:

[…T]he apparent nationalism of Chinese students may be less strong than many suppose. In a paper last year, Alastair Iain Johnson of Harvard University said polling data from Beijing showed a decline in nationalism since about 2009. He also concluded that younger respondents were less nationalistic than older ones.

Fran Martin of the University of Melbourne has been tracking the responses of about 50 female Chinese students to their experiences in Australia since 2015. She is scornful of the idea that they are tools of their government, and describes their patriotism as “ambiguous”. Some of the participants in her study told her they became more patriotic after arriving in Australia. But some students she has met also asked her about the unrest in 1989. “They were really receptive to hearing about it,” she says. “They were clearly open to thinking it was wrong” of the party to crack down in the way it did.

The very presence of so many Chinese students on Western campuses demonstrates that their nationalism is complex. Some are there because their families have little faith in the party. Growing numbers of wealthy Chinese are anxious to secure a foothold abroad and think that sending a child to study there could help. A report in 2012 by Hurun, a Shanghai-based research firm, said that of 2.7m Chinese citizens who made over $1m a year, 85% intended to send their children abroad to be educated. The West, for all its failings, is seen as a safe haven both for their money and, if necessary, for themselves. [Source]

According to one finding, Chinese parents are keen to send their children to study in countries like Australia in part because “they want their children to have a broader worldview, to be fluent in English and Chinese, and still have a competitive edge over other local Chinese students without the stress of performing well academically.”

In response to Xi Jinping’s recent removal of the two-term limit for presidency, Chinese students at several university campuses in the U.S. organized in secret to campaign online and put up posters protesting against the constitutional amendment. At FP, activist Qiu Zhongsun writes about his involvement in the campaign and the dangers he and other Chinese students face in participating in political activities abroad.

So we decided to start a Twitter campaign called #NotMyPresident and encourage like-minded Chinese students at universities around the world to print out our posters and put them up on their campuses. Within a month, Chinese students at more than 30 schools around the world had joined us, including at Cornell University, London School of Economics, University of Sydney, and the University of Hong Kong, expressing their disapproval for a Chinese president for life. After Foreign Policy’s initial coverage, Western media outlets such as the New York Times and the BBC featured our campaign.

But we had to be extremely cautious in making our voices heard. Putting up posters is a common political activity on college campuses in democratic countries. But for Chinese studying at these same campuses, it is dangerous to publicly express opinions that go against the party line. We know that our career prospects back in China are likely to suffer if we are publicly known to have criticized the party; it will be more difficult for us to make connections, snag interviews, and receive job offers and promotions. Chinese authorities have also been known to harass the families of outspoken Chinese students abroad, to interrogate Chinese returnees, or, in extreme cases, even kidnap Chinese abroad and force them back to China.

[…] The consequences if our identities got out could be dire. Organizing a campaign that questions the fundamental legitimacy of China’s top leader is a punishable crime in China. Citing the designated charge of “inciting subversion of state power,” Chinese authorities can arrest and prosecute citizens who dare to disagree without due process — and that would include us, although the protest took place thousands of miles away from home.

As we publicized the campaign, we encouraged potential participants to put up the posters under cover of darkness and to wear masks in order to protect their own identities as well. We have learned from previous incidents that the Chinese community abroad is unlikely to support dissident speech — and that some Chinese student groups even effectively serve as watchdogs for the motherland on foreign campuses. […] [Source]

At Marketplace, Kimberly Adams reports that the Trump administration is preparing to restrict visas for Chinese graduate students in STEM fields. The move has garnered concern from various education groups, who have issued statements calling attention to the negative consequences of such policy shift. From Inside Higher Ed:

“While apparently aimed at Chinese students in certain STEM fields, this would have a chilling effect on our ability to attract international students from all countries,” Ted Mitchell, the president of the American Council on Education, said in a statement. “These students have been critical to research that supports U.S. economic growth and fuels innovation. We are anxious to do our part to ensure that America’s national and economic security is protected, while at the same time preserving the U.S. as a destination of choice for the world’s best and brightest students and scholars.”

A statement from the Association of Public and Land-grant Universities likewise walked a line in weighing national and economic security considerations against the desire to attract top students to the U.S.

“As important partners with the federal government, public research universities recognize that protecting intellectual property is essential to the security and competitiveness of the United States,” the association said. “At the same time, to protect against security concerns we believe that student-visa policies for Chinese citizens should be narrowly tailored to ensure they don’t needlessly deter the brightest minds from studying in our country. Our nation’s policies should aim to attract and retain top foreign students who will come here to make discoveries, pioneer innovations, and go on to start businesses in the U.S. that create new jobs.” [Source]