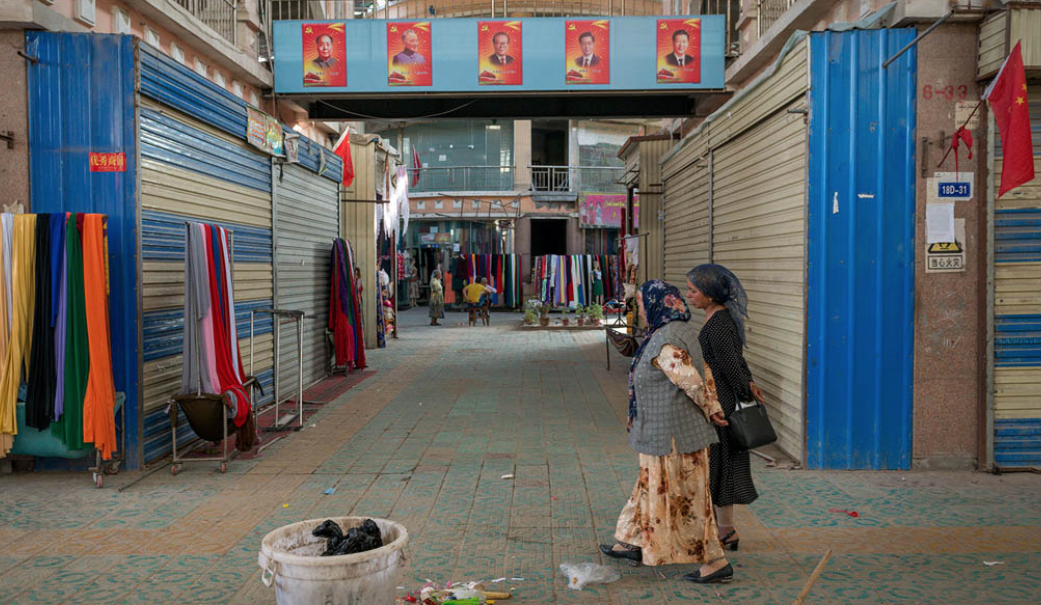 Referred to as “crimes against humanity” by rights activist Michael Caster, the persecution of Muslim ethnic minorities in Xinjiang has steadily increased amid a long-running anti-terrorism campaign. According to Dr. Adrian Zenz, who has provided the most substantive evidence of a network of political re-education camps holding between 120,000 and a million Uyghurs, Xinjiang has become “perhaps the most heavily policed region on the planet.” A report from Chinese Human Rights Defenders shows that 21% of total arrests in China last year happened in Xinjiang, which is home to only 1.5% of the country’s population.

As international calls for attention and opposition to the situation in Xinjiang grow louder, Uyghur-language scholar, Uyghur cuisine enthusiast, and longtime foreign resident of Xinjiang Gene A. Bunin posted an essay titled “How The ‘Happiest Muslims in the World’ are Coping With Their Happiness.”  Bunin highlights official claims that, contrary to the lies of “hostile Western forces,” Muslims in Xinjiang enjoy lives unencumbered by the state, and contrasts these with stories from Uyghurs across China describing the impact that repressive policies in Xinjiang are having on their lives:

[…] Unfortunately, hearing their [Uyghur’s] voices has been a challenge, given the state’s silent but determined efforts to turn Xinjiang into an information vacuum. In addition to many Uyghurs being forced to return to Xinjiang or having their relatives held hostage so that they don’t speak out – with the relatives jailed when they do – there have also been measures, direct and indirect, to make it difficult for foreigners in China to engage regular Uyghur people in any kind of conversation. […]

[…] For many, the situation in Xinjiang is an elephant masquerading as a mouse, whose presence is tacitly acknowledged but whose identity is frequently obscured. When talking about it becomes inevitable – for example, when someone unwittingly asks about a person who’s been sent to Xinjiang, to camp, or to jail – it is standard to use euphemisms.

“Do you get what I’m saying?” a friend asked me once, as I tried to figure out what had happened to a certain somebody. “That guy is yoq. He’s got another home now.” […] [Source]

See also the photo essay “Where Has He Gone,” by Eleanor Moseman at Live Encounters, which documents the steady disappearance of men from the general population of Xinjiang as they become yoq. “In Xinjiang, an autonomous region of China, an estimated 900,000 ethnic Uyghurs have been placed behind ‘the black gate’,” Moseman writes in her introduction. “Communities are seeing a drastic loss of young men, generally between the ages of 15 and 40, to these re-education camps.”