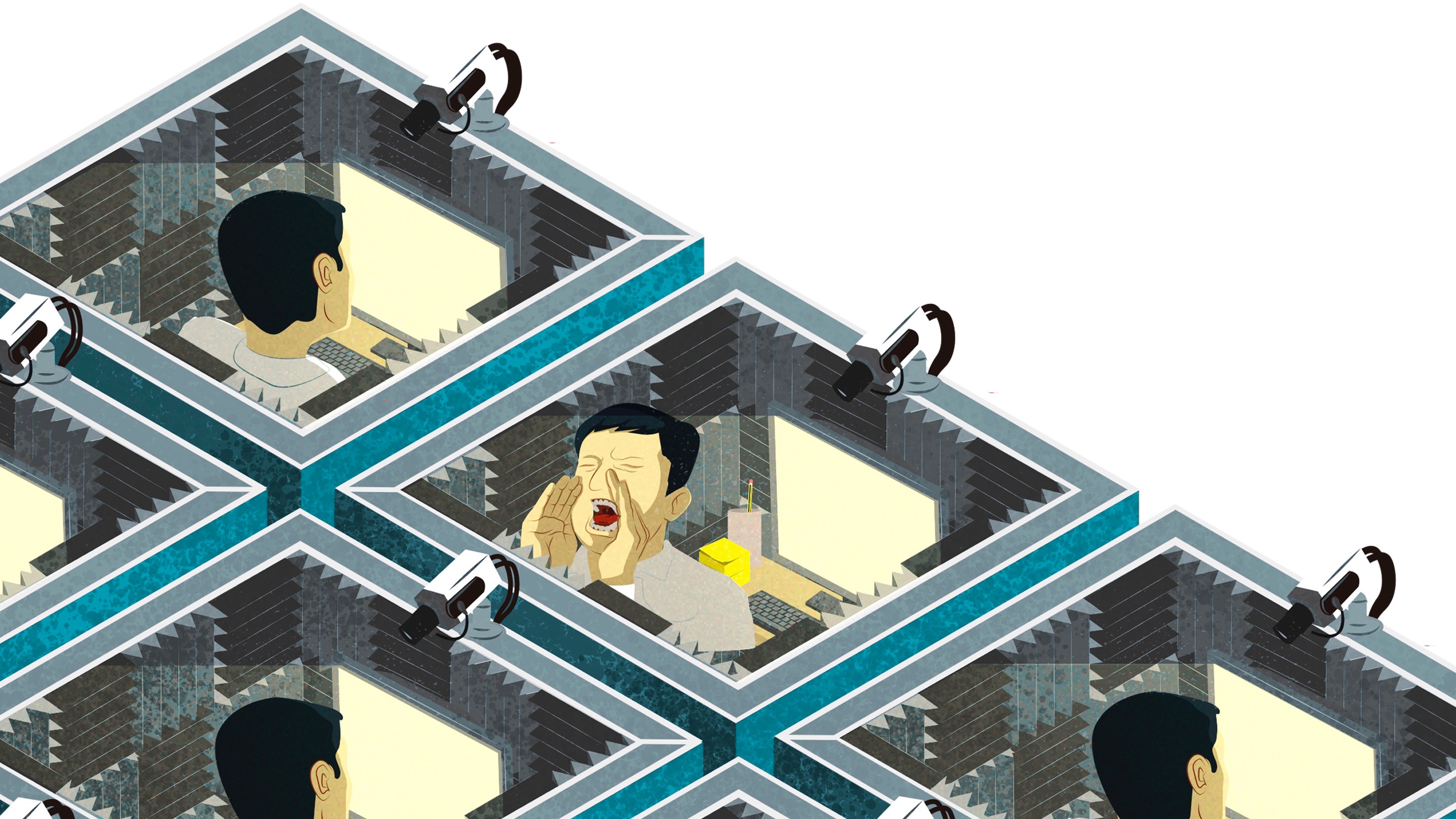 Labor activist Shen Mengyu has been forcibly detained by authorities in Guangdong after supporting factory workers at Jasic Technology in setting up an independent workers’ union. A university graduate, Shen joined the welding machinery exporter in Shenzhen upon obtaining her masters to pursue advocacy work for workers at the plant. Protests broke out at the factory in July after several workers were detained for attempting to form a union through legal means. Shen is currently held in an undisclosed location. Yang Fan at RFA reports:

Shen was grabbed and forcibly restrained by three unidentified individuals as she ate dinner with her father on Aug. 11, before being bundled into an unmarked vehicle, sources close to the campaign told RFA.

[…] Thirty workers at Shenzhen Jasic Technology were detained last month on suspicion of “picking quarrels and stirring up trouble,” after their cause was supported by a group of Maoists from the far left of China’s political spectrum, led by Shen.

[…] According to an open letter penned last month by Shen and fellow activists, Jia Lei, owner of the Jasic factory, and personnel manager Guo Liqun are both delegates to the Shenzhen People’s Congress, a rubber-stamp body entirely controlled by the ruling Chinese Communist Party.

[…] “We hope that party secretary Tao Yongxin will immediately deal with this matter, urge the police to release the detainees immediately, and severely punish those who beat up the workers, compensate them for their losses, and apologize,” the letter, a copy of which was available on the overseas documentation site HackMD, said.

“The Pingshan government and the regional branch of the All China Federation of Trade Unions (ACFTU) should pay attention to directives from the central government, and encourage these workers to set up a union for the legal protection of their rights, and play a positive and supervisory role in managing the company,” it said. [Source]

Shen is one of a growing number of Chinese student activists fighting for labor rights in solidarity with workers. Following the protests at Jasic, hundreds of university students from around the country signed open letters on social media to show their support for the detained workers. Sue-Lin Wong at looks at the role of student activists in China’s labor movement:

Shen is part of a cohort of activists across China who have been supporting and publicizing worker protests and detentions at a time of slowing economic growth.

The activists include students and recent graduates, as well as retired factory workers and Communist Party members.

While they appear to be small in number, the activists are drawing rare attention to calls for greater union representation from Chinese workers, particularly in the south, where demands for more pay are growing.

[…] In interviews, some activists said they were motivated by growing inequality in China, and heard about worker protests in online forums before posts were removed by authorities.

They said they were also exposed to labor issues at student-run university clubs and reading groups.

[…] The students often speak the same language of Marxist theory and egalitarianism used by the Communist Party, yet have found themselves at odds with the authorities. [Source]

Wong has more on the story:

2/ Below is a thread of some of our reporting which didn’t make the final piece. The factory workers, students and other activists who came to Shenzhen told me about the intimidation they faced from the police who also put pressure on their parents, landlords and universities

4/ The “factory recruiters” work at 3am … pic.twitter.com/DsRm9rUUfO

6/ I spoke to 4 factory workers who were detained for a week and described the police abuse and prisoner-on-prisoner abuse they experienced. The cells are overseen by other detainees, rather than police who “just look into the cell twice a day to make sure none of us are dead”

8/ Another worker told me the head of his cell hazed all new inmates by asking them about their sexual histories. He said he was then given an apple carved in the shape of female genitalia and was forced to pretend to perform oral sex on the apple in front of the 50 other inmates

10/ The four factory workers who were detained told me the police told them they wouldn’t be let out unless they confessed, deprived them of sleep and then forced them to record videos and sign documents they weren’t given time to read

Among the student activists is Yue Xin, a recent graduate of Peking University and a current factory worker in southern China, who drew widespread support on social media in April after circulating an open letter accusing her alma mater of blocking her efforts to expose a decades-old rape-suicide case involving a PKU professor. In her most recent open letter, Yue detailed the pressure she has faced from her university, parents, and government officials since she began her advocacy work and talked about the importance of solidarity with her “worker friends.”

The latest incidents involving labor activists and protesters are part of broader changes in the nature of labor unrest in China, which has seen shifts not only in the distribution of worker protests across industries and geographic regions, but also in the types of worker demands and organization tactics. Using data from China Labour Bulletin, Geoffrey Crothall at Chinoiresie looks at how worker activism has evolved under changing economic conditions and the challenges that this present going forward.

For China’s workers, the first five years of Xi Jinping’s rule (2013–2018) were characterised by slower economic growth, the decline of traditional industries such as manufacturing and mining, a rapid growth in service industries, and the increasing use of flexible or precarious labour.

This led to a commensurate change in the nature and scale of worker protests, with the focus shifting away from factories in Guangdong, the traditional heartland of worker activism in China, to a more broad-based response to economic hardship across a wide range of industries around the country. In the vast majority of cases, collective action during this period was triggered not by demands for better pay and working conditions but rather by the failure of employers in both traditional and new industries to comply with even the most basic provisions of labour law.

[…] The last five years have been a period of rapid transition for China’s workers as they adapted and responded to a new economic and political reality under Xi Jinping. Workers were challenged by the decline in traditional industries and the emergence of new and precarious patterns of employment in the service industry.

The lack of an effective trade union that could represent workers in collective bargaining with management and the absence of institutions or accepted practices that might help resolve collective labour disputes peacefully and constructively meant that workers had little option but to resort to strikes and other forms of collective action to air their grievances.

Although we do not have any definitive data on the number of collective worker protests during this period, we can conclude with some confidence that while large-scale factory protests probably reached a peak around 2015, smaller-scale protests over a much broader range of industries and regions continued to erupt on a very regular basis across the entire country.

These persistent protests have presented the authorities with a serious challenge as they struggle to fulfil Xi Jinping’s pledge to improve the lives of ordinary working women and men in China. In particular, the increasingly casual and precarious nature of employment in China today will make it very difficult for local government officials, who are already notoriously lax in enforcing labour law, to guarantee that labour rights are adequately protected. [Source]