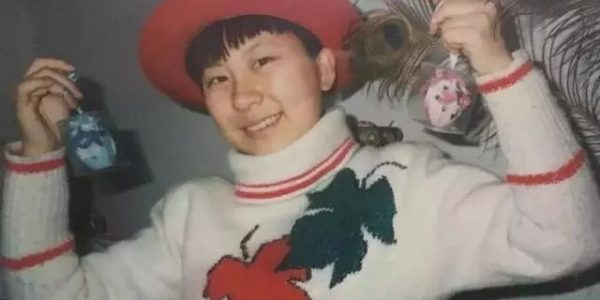 Gao Yan was a Chinese literature student at Peking University who killed herself in 1998 after her alleged rape by now former professor Shen Yang. Her case, The New York Times reported earlier this month, "has become a rallying cry for China’s fledgling #MeToo movement, inspiring calls for the government to do more to prevent sexual assault and harassment." In response, censors have cracked down on online discussion. On April 9, eight students at the university submitted a freedom of information request for the school’s official records on the case.

One of the students, Yue Xin, published an open letter on April 23 detailing her subsequent harassment and intimidation by school authorities including the Office of Student Affairs, which the University’s website describes as "an administrative function section office under the leadership of the Party Committee of the University, in joint office with People’s Armed Forces Department. The Office is responsible for the ideological and political education, management of behavior norms and providing opportunities for students’ personal development and growth." CDT has archived the open letter’s original text and translated both it and a separate essay by Yue on inequality and access to education, posted separately. [Update: The open letter was the target of a leaked directive issued on April 25, banning independent reporting and republication or hyping of “authoritative media” articles, and forbidding expressions of support on personal social media accounts.]

I am Yue Xin of 2014’s matriculating class at the School of Foreign Languages, one of the eight students who submitted a freedom of information application to Peking University on the morning of April 9. I’m battling exhaustion to write this down, and explain a few things that have happened to me recently.

Since April 9, I’ve been in constant discussion with the teachers and leadership at the university’s Office of Student Affairs, twice continuing till one or two in the morning. In the course of these talks, the Office has repeatedly brought up “whether you can successfully graduate,” “what must your mother and grandmother think,” and “we have the authority to contact parents directly, without going through you.” Moreover, I’ll soon be preparing my final thesis, and the frequent disruptions and ensuing psychological pressure have severely affected my work on that.

a) The meeting at which Shen Yang’s teaching ethics were discussed was of too low a level to have had minutes taken.

b) The result of the Public Security Bureau’s investigation was out of the school’s control.

c) Because of a work error by the Department of Chinese, the text of Shen Yang’s public self-criticism could not be found.

I was disappointed with this response. But with the deadline for my final thesis approaching, I had to focus on that.

At about 11 in the evening on April 22, my adviser suddenly tried to call, but because it was already late, I missed it. At 1 a.m., my adviser abruptly came to my dormitory with my mother, woke me up, and demanded that I delete all data related to the freedom of information request from my phone and computer, and that I go to the Office of Student Affairs the next morning to guarantee in writing that I’d have no more to do with the matter. Other students on my floor can verify this. Soon afterwards, my parents took me home, and I still haven’t been able to return to school.

My mother and I didn’t sleep all night. When the school contacted her, they twisted the facts to scare her and break her spirits. Because of the school’s aggressive and unreasonable intervention, our relationship has nearly been wrecked. The school’s actions at this point had crossed a line. I was scared, but furious.

Was the freedom of information request a crime? I’d done nothing wrong, and could not regret exercising my glorious right as a Peking University student.

I love my mother. I’d deeply admired and respected her for 20 years. My heart broke to see her wailing, slapping herself, kneeling and begging, and even threatening suicide. In the face of her entreaties, I had no choice but to temporarily return home, but as a matter of principle, I couldn’t retreat. Compromise can’t solve every problem. I had no alternative but to write down this statement, telling the whole story.

a) The Peking University School of Foreign Languages should issue a written explanation of the regulations under which they had unduly pressured my parent, forced a meeting with me at my dormitory in the middle of the night, and demanded that I delete all data related to the freedom of information request. It should make clear the breaches of law and regulations committed in the course of this, and take measures to prevent this kind of episode from happening again.

b) The School should immediately stop all pressure on my family, and offer a formal apology and clarification to my terrified mother, to help restore the family relations that have been strained by this matter.

c) The School must publish written assurance that this matter will not affect my graduation, and will no longer disrupt work on my final thesis.

d) The School bears responsibility for clearing up any negative effects this matter may have on my studies, future employment, family, and so on.

e) The School should publish an unequivocal written response to this appeal, to give clarity to everyone following the matter.

I reserve all rights to pursue further legal action against individuals and work units involved, including but not limited to reporting the School of Foreign Languages’ serious violations of school discipline to Peking University and higher authorities.

SupChina’s Jiayun Feng notes similar claims of harassment from another student, Deng Yuhao; online censorship of Yue’s posts, and the efforts made to evade it from rotated screenshots to blockchain technology; the appearance and removal of posters on campus voicing support for Yue; and a message circulating in university WeChat groups in apparent response:

This is a reminder to teachers and students. After Yuhao talked to some school staffers, the school’s Party committee defined the whole incident as similar to student activism and a political movement. Some students at school are colluding with each other, and some are colluding with external forces. We should be aware of ill-intended reporting from some bad media both domestic and foreign. It needs to be emphasized that this year is very special. It marks the 40th anniversary of China’s reform and opening up, the 40th anniversary of gaokao resumption, and the 120-year anniversary of PKU. So please protect your safety. [Source]