Xinjiang an Obstacle to Belt and Road Success 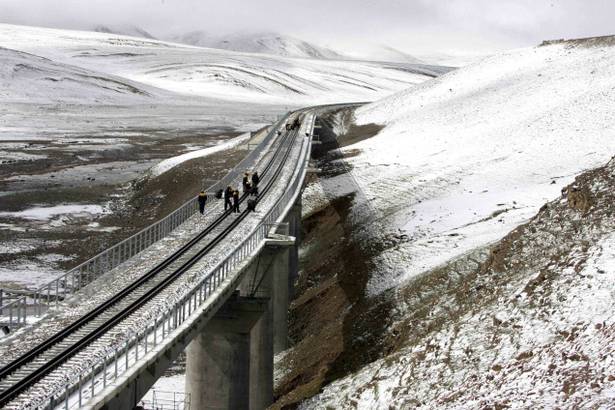 The Chinese government has glowingly portrayed the turbulent, less-developed region of Xinjiang—rich in natural resources and strategically bordering seven Belt and Road Initiative (BRI) partner countries—as a BRI growth front, where transportation, logistics, and culture would come together to form a key trading hub. Pouring economic resources into Xinjiang, which literally translates to “New Frontier,” is not a new approach—since the 1980s, the Chinese government has done this with the hopes that it would help quell ethnic tensions while promoting growth, and ultimately convince the population that economic growth should trump Uyghurs’ desire for greater political autonomy. Most recently, regional economic statistics show that Xinjiang subsequently surpassed the national growth rate of 6.9 percent, with 7.2 percent growth year-on-year in the first half of 2017.

However, pouring more money into the region has not necessarily proven to be a boon for trade. In attempts to rewire the thinking of Muslims in Xinjiang, the purportedly several hundred thousand to over one million Uyghurs detained in re-education camps have left communities and trade centers across Xinjiang barren and deserted. Bloomberg Opinion’s Mihir Sharma questions how such a tightly controlled region can be a flourishing trade center:

Perhaps China’s planners imagine that Xinjiang need be nothing but usefully located real estate, a barren land through which trains will thunder, shipping their products west. That is, however, unlikely to happen. For one, Xinjiang does not stand in isolation. Many of its people are part of a larger Central Asian cultural network.

[…] The government in Astana is already having to deal with increasing popular anger about the Xinjiang crackdown and is quietly complaining to China. The louder the discontent at home, the less polite its complaints will be. Do Chinese leaders imagine that the Belt and Road can be laid down without the cooperation of Central Asia’s governments or of its people?

Perhaps China imagines instead that continued mass settlement of the province by ethnically Han Chinese migrants from elsewhere in the country will solve the problem. The government has, after all, ensured that the province’s residency rules are the most liberal in China. But that will merely create a social tinderbox that no “smart” police state, such as is being piloted in Xinjiang’s cities, can truly control. [Source]

China’s operation of its re-education camps has also complicated ties with Xinjiang’s bordering nations. In particular, Kazakhstan—where Xi Jinping first announced the then-titled One Belt, One Road in 2013—recently refused to deport an ethnic Kazakh and former re-education camp instructor back to China. In another example, Omir Bekali, a Chinese-born Kazakh citizen, was held detained, tortured, and sent to a re-education camp for purportedly helping Chinese Muslims escape China. Eduard Fernández at the South China Morning Post details how Kazakhstan walks a fine line between its economic dependence on China and standing up against its politically repressive practices:

Mistrust of China has shaken Kazakh politics in the past. In 2016, the country experienced the biggest demonstrations in years, calling for the government to stop nationwide land reforms. Protesters feared the extension of leases for foreigners could lead to Chinese investors taking control of important swathes of land.

“There is this fear that China will dominate Kazakhstan,” said Burkhanov.

[…] “They think that the best approach with the Chinese government is to work behind the scenes to resolve this issue … but the fact that they make these comments, and that you see reports of them raising those issues at bilateral meetings at an official level means that this is an issue of great concern,” said Raffaello Pantucci, an expert on China’s foreign policy at the Royal United Services Institute, a think tank.

[…] According to the Kazakhstan International Bureau for Human Rights and Rule of Law, weeks after raising the cases of at least two Kazakh nationals detained in China to the Ministry of Foreign Affairs, several prisoners were released and returned to the country.

The negative public opinion is in contrast to Kazakhstan’s deepening economic engagement with China. Russia is still the main trade partner of Kazakhstan, but China is already the main destination of its exports. In 2016, the country exported US$4.6 billion of goods from Kazakhstan, mainly raw materials, such as petroleum and copper, according to MIT’s Observatory of Economic Complexity. [Source]

Meanwhile, Chinese state-affiliated tabloid Global Times has portrayed the Belt and Road Initiative as being an opportunity to promote ethnic unity, improve people’s livelihoods, and instill teachings on counter-terrorism:

“Terrorism is not religious or ethnic issues. It’s anti-human and anti-society… the government is focused on improving people’s lives in Xinjiang, which makes more people love the country… more people have realized the harm terrorism brings, which has become the social foundation of counter-terrorism,” Xu said.

Xinjiang has seized the opportunity of the Belt and Road initiative and is implementing reforms, including the solidarity of different ethnic groups, social development and people’s livelihood, Wang said, adding that Xinjiang has become an important window to China’s opening to the West.

It has been five years since China proposed the Belt and Road initiative, and during the period, more than 100 countries and regions and international organizations have supported and joined it, Wang said. [Source]

Read more on Xinjiang and the Belt and Road Initiative, via CDT.