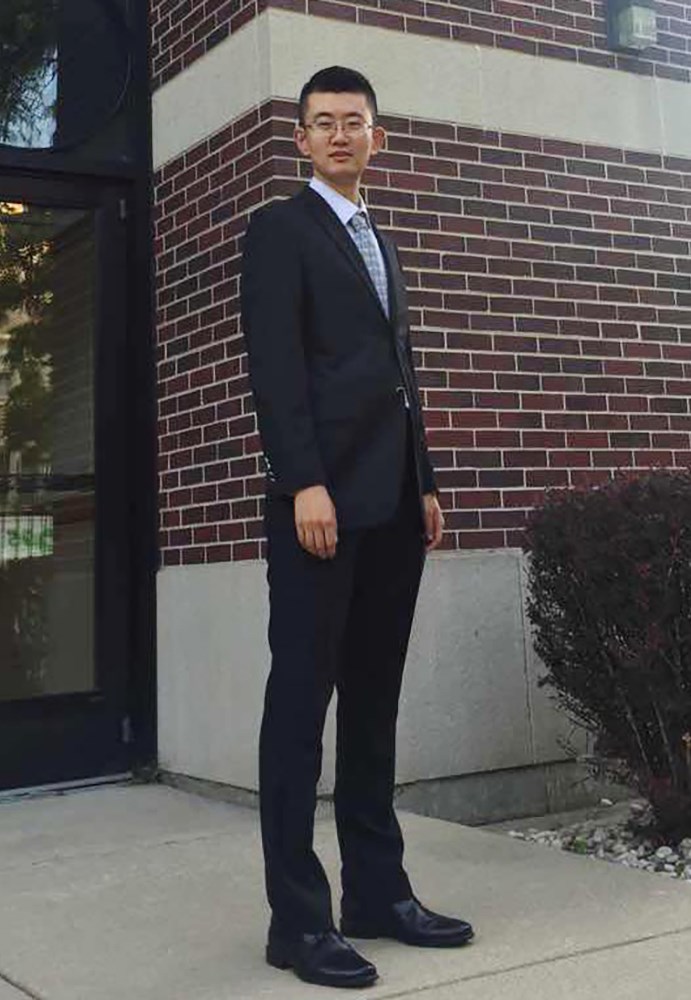 A Chinese national who was working for the U.S. Army Reserves has been arrested and faces up to ten years in prison for providing background check information on naturalized American scientists and engineers of Chinese and Taiwanese descent to the Ministry of State Security. Benjamin Haas at the Guardian reports:

Ji Chaoqun was allegedly tasked with providing Chinese intelligence with information from background checks on about eight American citizens – some of whom were US defence contractors.

[…] The 27-year-old, who first arrived in Chicago in 2013 to study electrical engineering on a student visa at the Illinois Institute of Technology, was charged with violating the Foreign Agents Registration Act, which requires individuals working for foreign governments to register with the US Attorney General.

[…] An affidavit filed in federal court by an FBI investigator specializing in espionage, claims among the people targeted was an engineer at one of “the world’s top aircraft engine suppliers for both commercial and military aircraft.” [Source]

At Inkstone News, Grace Tsoi describes how Ji’s first contact with the Chinese intelligence services was during a recruitment fair in China before his arrival in the U.S. Tsoi goes on to detail how Ji concealed the information sent, with the ultimate intent of recruiting the individuals:

Ji told an undercover FBI agent that the intelligence officers only asked him to buy documents for them because “it was inconvenient for them to make payments from China.”

He also told the undercover agent that he had paid $700 for background checks from online sites such as Spokeo, which aggregates personal data.

He then sent the reports via email under the subject line of “Midterm Test Questions,” to Chinese intelligence officials and was later reimbursed $1,000, according to the affidavit.

After obtaining his master’s degree in 2015, Ji enlisted in the US Army Reserve under the Military Accessions Vital to the National Interest (MAVNI) program in 2016, which promised an expedited path to US citizenship.

The MAVNI program was suspended in 2016 due to security concerns about applicants. Some of the immigrant recruits have now been discharged, leaving them in legal limbo. [Source]

The arrest comes a day after CIA boss Haspel referenced China when she said her agency would focus more on nation state rivals after over a decade of counter-terrorism dominating its goals.

China is “working to diminish US influence in order to advance their own goals,” Haspel said in a speech at the University of Louisville on Monday.

[…] Tensions between the US and China are ramping up amid an escalating trade war between the two nations and disagreements over Taiwan and the South China Sea. [Source]

This development marks the latest in a series of charges against individuals accused of spying for China. In May, former CIA officer Jerry Chun Shing Lee—who had first been charged with retaining classified information—went on to be accused of espionage. In addition to revelations that China gained access via vulnerabilities in the CIA’s covert communications system, many in the CIA believe that Lee was partly responsible for revealing the identities of U.S. assets, who were either forced to work for the Chinese or even killed. These combined had swiftly decimated the U.S.’ covert operations presence in China from 2010 to 2012. In June, former CIA officer Kevin Mallory was found guilty of transmitting secret and top secret documents to Beijing, and faces up to life in prison.

Additionally, tensions have simmered for years over the potential threat that Chinese students in the U.S. may be sending coveted information back to China to help it build itself into a world leader in science and technology. This has since led to the passage of policy restricting visas offered to certain Chinese nationals, and led FBI Director Christopher Wray to assert that Chinese international students—particularly those in advanced STEM fields—pose counterintelligence risks to U.S. national security. However, many Chinese in America have expressed concern that they are becoming “collateral damage” amid rising bilateral tensions and are facing mounting suspicions and doubts as to their loyalty.