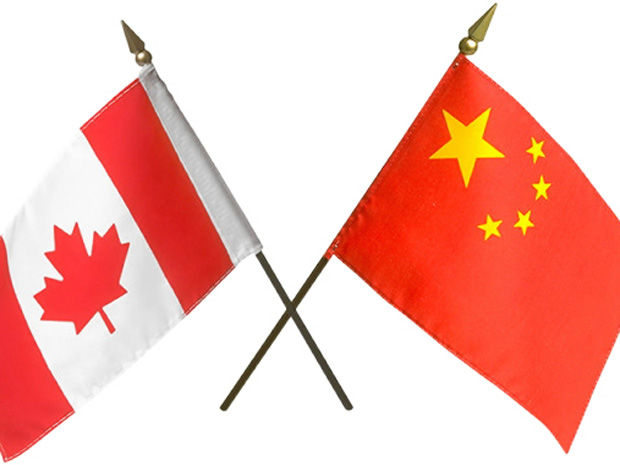 Michael Kovrig, a Canadian citizen and formal vice consul in the Beijing embassy, has reportedly been detained in China while working for the International Crisis Group. From Thomson Reuters:

“International Crisis Group is aware of reports that its North East Asia Senior Adviser, Michael Kovrig, has been detained in China,” the think-tank said in a statement.

“We are doing everything possible to secure additional information on Michael’s whereabouts as well as his prompt and safe release,” it added.

China’s Foreign Ministry and Ministry of Public Security did not respond immediately to questions faxed about Kovrig’s detention.

The exact reason for the detention — which was made sometime early this week, according to the sources —was not immediately clear.

Details about the circumstances of his arrest are not yet available. Kris Cheng at Hong Kong Free Press has more about Kovrig’s background:

The group confirmed to HKFP that Kovrig was on business for the group in China before his detention. Details surrounding the incident remain unclear.

The International Crisis Group was formed in 1995 and is headquartered in Belgium. The transnational non-profit works “to prevent wars and shape policies that will build a more peaceful world,” according to its website. [Source]

While the reasons for Kovrig’s detention are not yet clear, it comes as Huawei CFO Meng Wanzhou is undergoing a bail hearing in Vancouver after being arrested on suspicion of fraud at the request of U.S. officials. Soon after her detention, Chinese officials vowed that Canada would face consequences for her arrest. Vice Foreign Minister Le Yucheng released a statement saying, “China strongly urges the Canadian side to immediately release the detained Huawei executive … or face grave consequences that the Canadian side should be held accountable for.” Chris Buckley and Jane Perlez report for The New York Times:

It is unclear whether Mr. Kovrig’s disappearance is related to his work for the crisis group. He specialized in sober analyses of North Korea, tensions over the South China Sea, China’s involvement in international peacekeeping and other diplomatic issues.

He often was quoted in the news media and wrote commentaries for newspapers, including the South China Morning Post in Hong Kong.

[…] A former Canadian ambassador to China, Howard Balloch, said that although he did not know the details of Mr. Kovrig’s disappearance, it seemed to be connected to the arrest of Ms. Meng.

“It appears it is retaliation with the intention of putting pressure on the Canadian government,” Mr. Balloch said. “If so, it won’t work. The Canadian court system is not susceptible to pressure. It is truly independent.” [Source]

Canadian businesses operating in China are starting to feel the chill and the signing of one major deal has been postponed, a well-placed source said.

“The consequences have already begun,” said the source, noting that a Canadian firm had been due to ink a major agreement in the next few weeks.

“The local partner, a Chinese private sector actor, has told the Canadian partner that now is not a good time to sign,” said the source, who asked to remain anonymous given the sensitivity of the matter. [Source]

The arrest of Kovrig has parallels with the imprisonment of Julia and Kevin Garratt, a Canadian couple who had lived in China for decades and were charged with spying and stealing state secrets in 2014. Julia was released after several months but Kevin spent more than two years in prison. Robert Delaney at South China Morning Post spoke with David Mulroney, former Canadian ambassador in Beijing, about the similarities between the two cases:

“I don’t want to speculate, but there is some history there that would be a cause of concern for us,” Mulroney said, referring to the case of Kevin and Julia Garratt, a married couple who were imprisoned in China on spy charges shortly after Canadian authorities arrested a Chinese national in response to a US government request.

After living in China for 30 years without incident, the Garratts were arrested by Chinese security officials in August 2014 and accused of spying and stealing military secrets – charges the Garratts denied, according to reports by Canada’s CBC News.

Julia was released in February 2015, but was put on bail with restrictions pending trial, and did not return to Canada until May 2016; Kevin was not released until September 2016, the reports said.

[…] Mulroney also rebutted Chinese claims that Canada failed to inform Beijing about Meng’s detention until officials were asked about the case. The assertion by foreign ministry spokesman Lu Kang came just hours after Ottawa insisted it had notified the Chinese consulate in Vancouver on December 1, the same day she was arrested. [Source]

"In China, there's no coincidence": Former Canadian Amb. to China @guysaintjacque1 says, in his view, the arrest of former Canadian diplomat Michael Kovrig is part of China's effort to put political pressure on Canada over the arrest of Huawei CFO Meng Wanzhou pic.twitter.com/xDd9rP9mpz

It's way too early to know why Michael Kovrig was detained & what the reason behind this is. But this comes after China threatened consequences for arrest of a Huawei exec in Canada. China has detained Canadian nationals as retaliation before. Some context from recent history…

In 2014, a Canadian couple, Kevin and Julia Garratt, were detained in the city of Dandong, on the border of North Korea, where they ran a popular cafe. They had lived in China since the 1980s. I covered the story and for a long time had no idea why this had happened.

They were nabbed by plainclothes police in a restaurant, separated from each other and driven to different locations. They would later be accused of espionage. Julia was held for 6 months and Kevin for more than two years, facing regular interrogation locked in a tiger chair.

We know now this was retaliation against Canada for the arrest of Su Bin, a Chinese national living in Canada, over stealing military secrets (he was extradited to the US and later convicted.)

Sources close to the issue at the time made clear that Chinese officials had explicitly linked the two cases in private discussions. The Garratts' lawyer believed so too. Their family withstood a terrifying ordeal, used as pawns in a political drama they knew nothing about.

For more on this case, read the always amazing @nvanderklippe here: https://t.co/Zlpyh6e7KC

Well, if you were wondering whether the Chinese bot/troll army was being mobilized in connection with the detention of Michael Kovrig, the answer is yes.

The essentially identical Chinese reports I'm seeing are generally faithful summaries of the ICG release, Reuters report, etc., except at the end they say that Kovrig has often criticized China and advocated a hard-line stance towards Beijing. (Also, no mention of Meng.) pic.twitter.com/LPGlAo559S

If I were @cafreeland, I’d be summoning the entire Canadian consular Corp in China home for training. If that means they can’t issue visas in the meantime, certainly the Chinese would understand. These are special times.